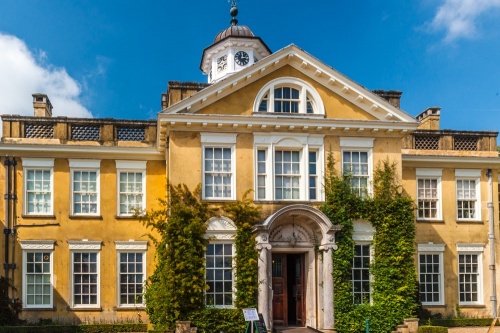 Polesden Lacey
Polesden Lacy is a Regency house transformed into a superb Edwardian mansion by brewery heiress Mrs Ronald Greville. A glittering array of formal rooms are decorated with fabulous portraits including works by Raeburn and Reynolds. 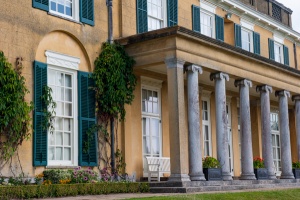 In 1906 Margaret Greville, one of the foremost society hostesses of Edwardian London, bought an early 19th century house and estate in the Surrey Hills, close to Dorking and within easy reach of her base in London. Mrs Greville intended Polesden Lacey to serve as a location for weekend parties; intimate gatherings of an elite circle of friends and acquaintances.

Margaret Greville was the daughter of William McEwan, who made a fortune as a brewer (e.g. McEwan's Ale). Margaret was illegitimate, though her father did later marry her mother.

It is probably more accurate to say that McEwan bought Polesden for his daughter and her husband, for in 1891 Margaret had married Ronald Greville, second son of the 2nd Baron Greville. Ronald died in 1908.

With the combination of her father's wealth and her husband's social connections Mrs Greville moved in an elite circle of society; she entertained royals from Edward VII to George VI, and was named Dame Commander of the Order of the British Empire (DBE) in 1922. She welcomed the great and the good of London society to her house in Charles Street, Mayfair and delighted in being able to attract movie stars and maharajahs to her parties. 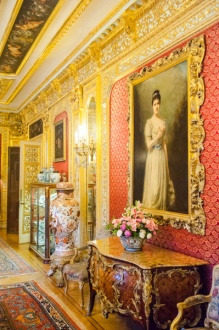 Mrs Greville was a fascinating character. She moved in the highest social circles, and could be kind and thoughtful, or wickedly acerbic. Arthur Balfour called her wit 'honeyed poison', and others were less complimentary still! Edward VII described her gift for entertaining as 'genius'.

After acquiring the house Mrs Greville set about transforming it into a glittering, venue suitable for hosting regular gatherings of an elite of royalty, politicians, artists, and those at the very top of the social ladder. The Grevilles called in the architects Mewes and Davis, who also designed the Ritz Hotel in London. Every convenience was installed, including ensuite accommodation and telephones, in an age when such things were simply not common.

The house was furnished in opulent style, but not in any coherent fashion, for the decoration was acquired from other country houses and historic properties, so that the entrance hall is in a different style from the Library, which is completely different to the Saloon, and so on. And that's one of the fascinating things about Polesden Lacey; each room seems different, with a unique style and distinct character. Moving from one room to the next is a constant journey of discovery.

In 1923 Mrs Greville offered Polesden to the Duke and Duchess of York (later King George VI and Queen Elizabeth) for their honeymoon, and the royal couple spent two weeks here. As a result, the house and grounds were extensively photographed for a London newspaper feature and we now have a wonderful historic record of how the interior and the gardens looked at the time. 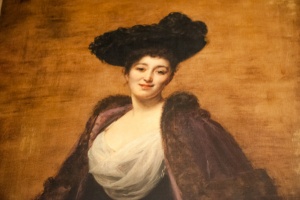 Mrs Greville left the estate to the National Trust in 1942 in memory of her father. Unlike many National Trust houses there are very little in the way of 'below stairs' rooms on view to the public. Many of the original servant's quarters are used by the Trust as part of their regional offices.

There is much more to Polesden than just the house. The grounds extend to 1400 acres, within which are a walled rose garden, woodland trails, and landscaped lawns with fabulous views across the surrounding hills. One of the unusual garden 'features' is the tomb of Mrs Greville, partly protected by high hedges, in a topiary niche between the house and the walled garden.

I can't think of another house where the owner's tomb stands in the garden, but then, Polesden is no ordinary house! The setting truly is special, and is part of what makes Polesden such a wonderful place to visit.

I hadn't realised just how popular the property was when we made plans to visit. This is one of the most visited historic houses in the area, and as a result visits to the house are by timed ticket. We took a 30 minute mini-tour of the major rooms, and its well worth it if you get a chance.

By far the most impressive room is the Saloon, which puts the 'g' in 'glitter'. This is an astonishing room, with gilding seeming to adorn every surface, and large mirrors that reflect the light and make the space seem larger.

Mrs Greville's orders to Mewes and Davis for this room were apparently that it should be suitable to 'entertain maharajahs'. If that was indeed their client's wishes, I'd say they succeeded.

Contrast the overwhelming opulence of the Saloon to the corridor that leads to the study and library; this dim and ornately plastered passage looks like an Elizabethan long gallery, with portraits and armour lining the walls. The centrepiece of the entrance hall is a beautifully carved reredos from a Christopher Wren church at St Matthew's, Friday Street in London. This is a stunning house, almost overpowering to the senses, and redolent of a bygone age of Edwardian splendour. 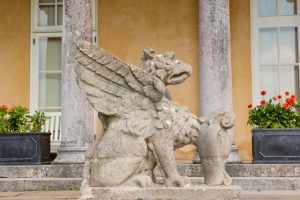 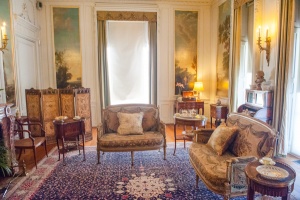 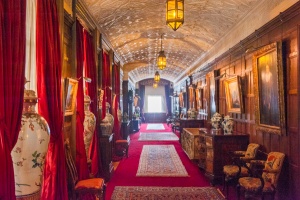 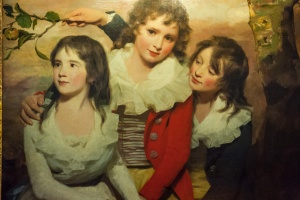 The interior is full of portraits
by famous artists 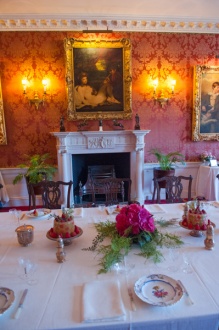 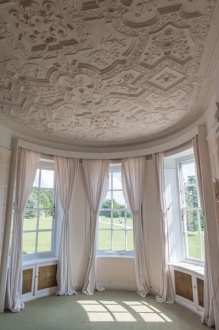 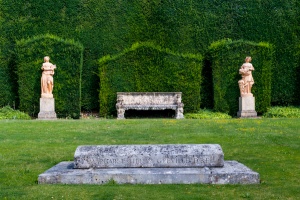 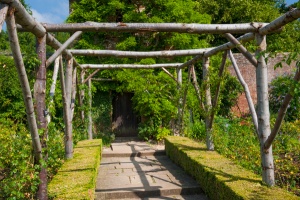 Arbour walk in the rose garden 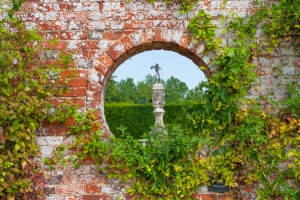 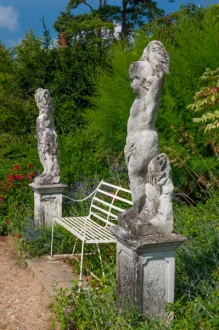 Classical statues in the garden 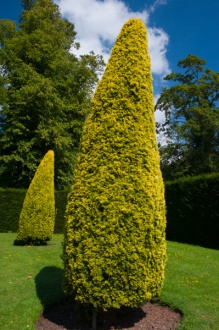 Garden: Walk through the landscaped grounds at Polesden Lacey, enjoy the roses, and the fine views across the North Downs.

More self catering near Polesden Lacey >>