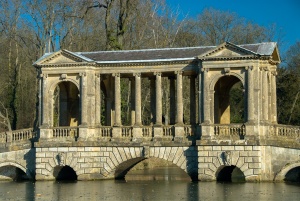 Lancelot "Capability" Brown was born in Kirkharle, Northumberland in 1715 (more about his nickname "Capability" in a moment). Young Lancelot was educated at Cambo School, before serving as a gardener's boy in the service of Sir William Loraine. From there he moved on to Wotton, owned by Sir Richard Grenville.

From Wotton, he joined the gardening staff of Lord Cobham, at Stowe, Buckinghamshire. There he served under William Kent, one of the founders of the new English style of Landscape Gardening. The men became close, and Brown married Kent's daughter.

At Stowe, Brown was responsible for actually implementing Kent's designs, but it seems clear that Lord Cobham also allowed Brown to take on work for his aristocratic friends while he was still employed at Stowe.

Lord Cobham died in 1749, and Brown left Stowe to set up his own gardening practice based in London two years later. To say that Brown was successful in his profession is an understatement of the highest order.

He became immensely sought after by the aristocracy, and it is estimated that he was responsible for some 170 gardens surrounding the finest country houses and estates in Britain. So numerous are his designs, and so widespread was his influence, that it is almost harder to find a prominent country house that did not have a garden designed by Capability Brown. 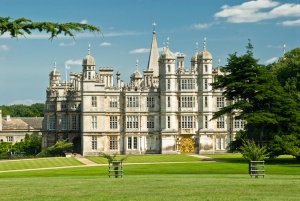 Lancelot Brown soon acquired the peculiar nickname "Capability" from his habit of telling clients that their gardens had "great capabilities". In his talented hands, they certainly did.

Brown has been criticized, with some justification, for destroying the works of previous generations of gardeners to create his landscapes. He worked with a grand vision, and preferred to sweep away the past and create a fresh garden to his own standards.

What were those standards? The English landscape garden under Capability Brown was a place of wide green undulating lawns with sinuous bands and clumps of trees, planted with the utmost care to give the impression of a romantic natural scene.

The trees opened up to give carefully planned glimpses of interest points, often classical temples, bridges, or monuments. Everything was meticulously contrived to give a sense of informality, of natural beauty, though of course, nothing in the garden was "natural" at all.

In later life, Brown was appointed head gardener at Hampton Court Palace in 1761, though he continued his private practice.

Capability Brown died Feb. 6, 1783, in London, leaving behind himself a legacy unparalleled in the history of English gardening. 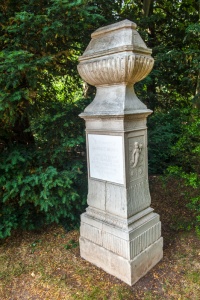