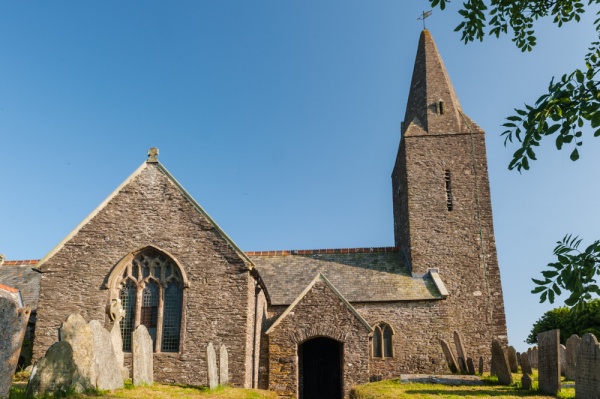 On the windswept clifftops of Rame Head, Cornwall, stands the remains of a medieval chapel. Inland of the chapel, and protected from the coast by the undulation of the hills, stands the medieval parish church of this scattered parish, dedicated to St Germanus, who came to this area in the 5th century AD to fight against the Pelagian Heresy.

In AD 981 Earl Ordulf, uncle of King Ethelred, granted Rame to Tavistock Abbey. From the 11th century, the Abbey used the living of Rame to support a knight in the King's service.

There was an early Norman church on this site, but the present building dates primarily to the 13th century. One reminder of that earlier church is a carved tympanum set into the west wall of the south aisle. 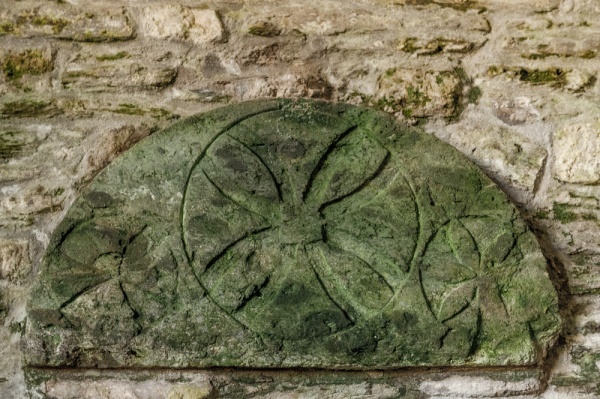 The remainder dates to the middle of the 13th century, including the tower and broach spire - an unusual feature in Cornwall. It was rededicated in 1259 by Bishop Walter de Bronescombe, and rededicated again in 1321 after the building was extended with transepts.

A south aisle was added in the early 16th century. The wagon roof of the aisle is original, and from the same period are several carved bench ends.

In the nave is a 14th-century octagonal font set upon a rounded Norman stone base. In the south chapel is a wooden pillar supporting an alms box, dated 1633. In the nave and south aisle are several finely carved 17th-century grave slabs, and in the north aisle is a slate memorial to Mary Ashton, dated 1664. In the south chapel is a very fine memorial to Stephen Edwards, who died in 1797, and an ornate memorial in Baroque style to John Battesby, dated 1672. 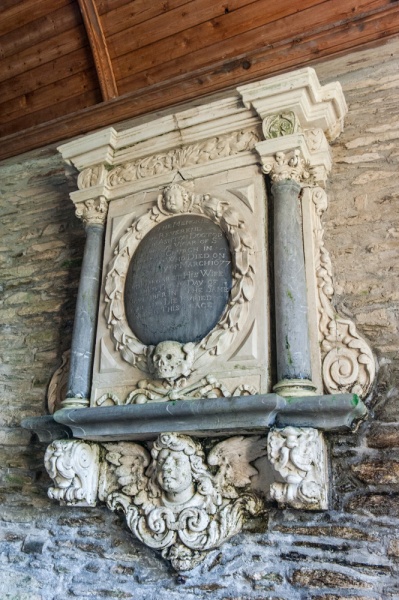 The church was restored in the Victorian period, when the rather odd candlestick holder were installed at the end of the nave and aisle benches The candlesticks are set atop slender wooden staffs attached to the outside of each bench. The candles stick holders are necessary because the church still has no electricity and is lit solely by candle light for services.

In 2014 St Germanus' church was in the news when it launched an appeal for local woodcarvers to help replace the medieval roof bosses.

The church is usually open to visitors and was open when we visited. Do take the time to visit Rame Head Chapel just a half-mile down the lane. 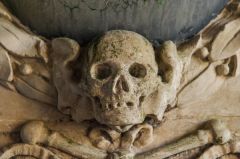