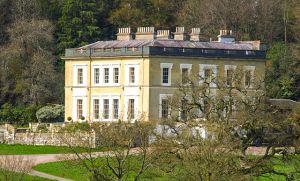 Escot Park & Gardens
Escot Park boasts 220 acres of parkland with historic gardens plus a maze created with over 4000 beech trees. Wilderness paths wind through specimen trees, shrubs, and flowers. Also on the site is a birds of prey centre and exhibits of otters, red squirrels, and wild boar.

In 1678 Sir Walter Yonge Baronet called in architect Robert Hooke to build a mansion just outside Ottery St Mary. In 1794 the estate was sold to Sir John Kennaway, a diplomat with the East India Company. Shortly after the Kennaways took over Escot Park they had the mansion renovated by the fashionable society architect James Wyatt. The Wyatt house was destroyed by fire in 1808, and not rebuilt until 1838.

The new house, designed by Henry Roberts, is a lovely two-storey building in limestone and yellow brick. The house is privately owned and used as a conference and wedding venue.

The park surrounding the historic house, however, is another matter entirely. Sir George Yonge created a walled kitchen garden in the late 18th century and created a pleasure ground to the north and west of the house.

The 18th-century pleasure ground forms the basis of the current wilderness area. George III and Queen Charlotte stopped at Escot in 1789, perhaps drawn by the gardens, which were already becoming popular. Yonge brought in new and exotic plants, including banana trees and pawpaw. 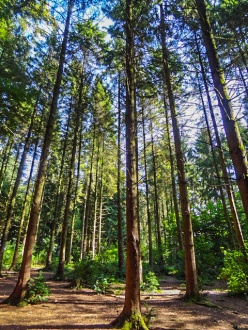 The parkland was laid out by Capability Brown as a picturesque garden. 220 acres of parkland have survived, though only some of it as Brown would have seen it. The garden offers a wonderful array of woodland trails opening out to carefully designed vistas, and is especially worth visiting for its champion trees. There are lush displays of bluebells and primroses in season and wonderful displays of autumn colour.

Escot is one of the very few remaining places in England where you can see native red squirrels in their natural habitat. Escot has enhanced the squirrel viewing experience with a 100-metre boardwalk amid the trees, allowing visitors to safely see the squirrels at close quarters. There are daily talks by a Nature Ranger who can give a detailed insight into the red squirrels.

Escot does focus very much on giving children and families a chance to see animals up close. There are otter feeding sessions, interactive falconry displays and sessions where you can handle birds of prey. Some sessions require an extra booking fee.

The Beech-Tree Maze is always a hit with visitors. Over 4000 beeches were planted to create the maze, designed in 2004 by Adrian Fisher. The maze is unusual in that it uses bridges and switch-gates to alter the route.

Escot calls itself 'refreshingly uncommercial', and focuses very much on giving visitors a chance to experience the historic parkland and animal life in a low-key, fun environment. Peacocks and Guinea Fowl roam through the park, and endangered species like water voles nest in the riverbank. A 2-acre enclosure of ponds and woodland is home to Bavarian beavers. In spring and summer, you can join special evening 'beaver watch' events. 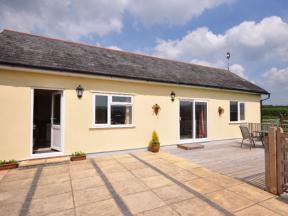 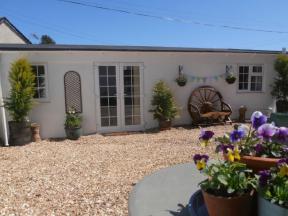 Little Beau is located 1 mile from Ottery St Mary famous for its flaming tar barrels in November and offering a host of shops tea rooms and restaurants. The historic …
Sleeps 3