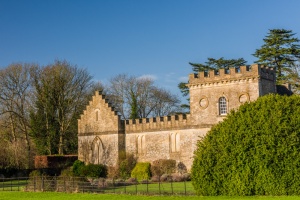 In 1704 Allen Bathurst, 1st Earl Bathurst, inherited his family's Cirencester estates on the death of his father, Sir Benjamin Bathurst. The Earl forged a political career, but from 1714 he devoted a huge amount of time and energy to developing one of England's first and most influential landscape gardens beside his family seat of Oakley Grove, later to become known as Cirencester Park house. In 1716 he purchased the neighbouring Sapperton estate and set about creating a picturesque landscape garden linking the two estates.

The Earl's new parkland garden was the forerunner of the English landscape gardens popularised by William Kent and Capability Brown, but unlike Brown's gardens, the Earl concentrated on developing a landscape with formal avenues, or rides, radiating out from the focal point and running at angles off a long, straight avenue known as Broad Ride.

The formal arrangement of treed avenues was augmented with picturesque follies and neo-classical buildings. Among these building was Alfred's Hall, the very first Gothick garden building in England.

Aside from his interest in politics and gardens, Earl Bathurst was a patron of the arts and letters, and frequently welcomed leading lights of the literary and artistic world to his Cirencester home. Among the frequent visitors was writer Alexander Pope, who advised the Earl on the garden design, and himself designed the folly known as Pope's Seat, situated to allow simultaneous views down several long rides. 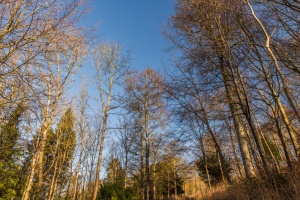 The 'Rough Hills' area of the Park

The result of the collaboration between Earl Bathurst, Alexander Pope, and gardener Stephen Switzer is a fascinating landscape garden, part formal rides, part carefully placed copses of woodland, designed to use the natural rise and fall of the land and create broad vistas centred on distant focal points.

Broad Ride itself is aligned perfectly with the tower of Cirencester church, and another of the treed avenues aligns with the tower of Kempley church to the south. The arrangement of formal avenues and large woodland areas of carefully planted trees expressed the Baroque fashion for geometry in design, and has been dubbed 'English Forest Style'.

Unlike later English landscape gardens, which were designed to awe and impress visitors with the owner's wealth and status, Cirencester Park was intended as a relaxing rural retreat, a place to escape and contemplate nature - or at least, contemplate an educated audience's ideas about what nature ought to be.

The park stretches five miles from Cirencester to Sapperton Lodge, and is up to three miles wide. It is open to the public at no charge throughout the year. 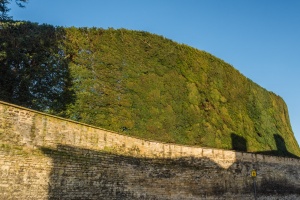 The tallest yew hedge in England

You don't even need to enter the Park to see its most famous feature, a yew hedge thought to be the tallest in England. The hedge was planted in 1710 and describes a semi-circular shape which conveniently screens the mansion house from the town. The hedge is 10m wide and 140m long and its annual trimming takes 2 weeks to complete. The trimming produces a tonne of clippings which are a key ingredient in chemotherapy drugs.

The most popular folly in Cirencester Park is Pope's Seat, an early 18th century rusticated pavilion of limestone ashlar with a Doric portico and a tympanum inscribed with the words 'Pope's Seat'. The interior is very simple, with a roughly cobbled floor and a pair of benches at angles to the front and rear doorways.

The Bathurst family keep the parkland open from dawn until dusk throughout the year. When we last visited the official hours were posted as 8am-5pm, but these may be subject to change. 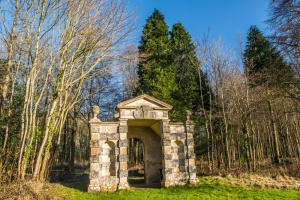 The main entrance to the park is at the top of Cecily Hill, just beside The Barracks. You enter through a set of 18th-century wrought-iron gates, restored in 1998 by the 8th Earl and Countess Bathurst in honour of the Earl's grandparents and parents. To one side is a gatehouse lodge, and in front of you stretches Broad Ride, which strikes straight as an arrow up a gradual rise.

If you follow the Ride you come to a 6-sided folly on the right side, called, for obvious reasons, the Hexagon. Carry on up the Broad Ride and you reach Pope's Seat, a neo-classical pavilion set on the edge of woodland. From Pope's Seat, you can see across Broad Ride to the distant column of Queen Anne's Monument, to the south east.

The column was erected in 1741 and stands 50 feet high, with a regal statue of Queen Anne on top and the base set on a square plinth. The column is in the Doric order and is made of limestone ashlar. It is arranged at the top of an avenue leading to Cirencester House and another converging avenue centred on St John the Baptist church.

If you carry on up the hill the Ride widens to form a large circle, with Cirencester Polo Club playing fields, with the castellated lodge of Round Tower on one side and Ivy Lodge on the other.

You can walk past the polo grounds and follow a track to rejoin Broad Ride. Most people probably stop here, but there's no reason you can't do as our family did and follow the well-trodden trail down a slope and up again to the distant twin pavilions of The Horse Guards at the top of the far hill. 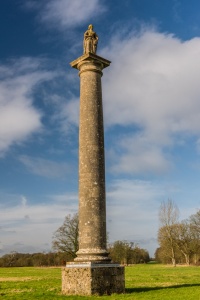 Our exploration of the Park took about 2 hours, but we stopped to take plenty of photos. Even then we didn't come close to seeing all of the Park. If you are feeling energetic you can continue on to the Sapperton Lodge gates at the far end of the park.

I highly recommend good waterproof footwear, unless you plan to stick to the paved area at the entrance to the Park. Though the turf is generally in good condition, horses regularly use the Park and have left a few muddy patches, so be prepared for damp and mud in places!

There are several paid parking areas near Cecily Hill and the Corinium Museum, but if you don't mind a bit of a walk to reach the Park entrance you can usually find a place to park along nearby residential streets. We tend to park near the Roman Amphitheatre and walk across to the Cecily Hill entrance.

Another way to enjoy the Park is from the top of the tower of St John the Baptist church. The tower is regularly open to visitors and gives fabulous views over Cirencester town and the park.

I loved visiting Cirencester Park. If you come expecting an 18th-century informal landscape garden you will find it takes some getting used to, but take it instead for what it is, an intriguing attempt to create a landscaped parkland on a huge scale, to express early 18th century ideals of nature and symmetry. Cirencester Park is one of the most interesting historic gardens in England. 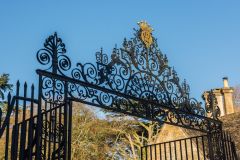 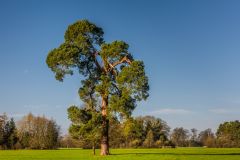 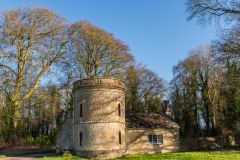 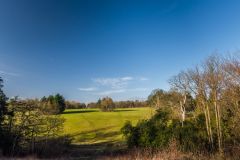 More self catering near Cirencester Park