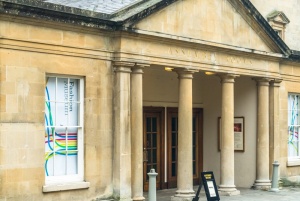 The social centre of Bath during the late Georgian and Victorian period, the Assembly Rooms were designed by architect John Wood the Younger in 1769 as a public meeting place and events venue. They quickly became an essential meeting place for high society during Bath's heyday as a fashionable spa.

There are four main rooms open to the public; these are the Ballroom, Tea Room, Card Room, and the Great Octagon. The grand Ballroom is 30 metres long, making it the largest Georgian chamber in Bath. The space is so large that balls for up to 1000 people were once held here. It is lit by five large crystal chandeliers. 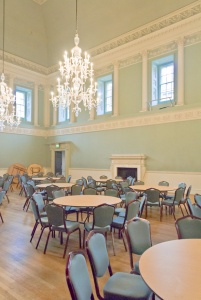 The Tea Room is a more cosy space, lit by three crystal chandeliers. The Card Room is a long, thin chamber which was added to the Assembly Rooms in 1777 to offer card players a more private place to indulge their habit. At the centre of the Assembly Rooms is the Great Octagon, a symmetrical eight-side chamber with four distinct fireplaces and mantlepieces.

The Assembly Rooms suffered badly from bombing during World War II but were subsequently restored and let to local government agencies.

For many years the lower part of the building housed the Fashion Museum (formerly the Museum of Costume), but the museum moved in October 2022 to a new location on New Bond Street.

Be forewarned that the Assembly Rooms are sometimes let for events, so may not be open to visitors if an event is scheduled.