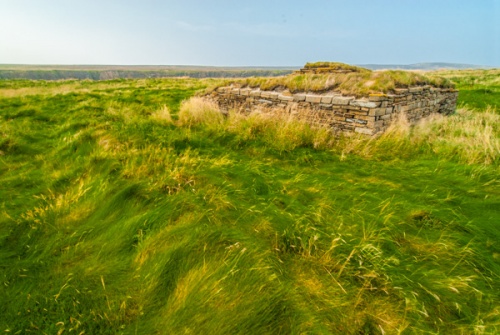 The remains of a 10th-century chapel stand in a spectacular headland setting on the eastern tip of Deerness, Orkney. Some debate exists whether the site is that of a Norse settlement, early Christian monastery, or Iron Age promontory fort. The Brough has been a traditional site of pilgrimage for centuries.

Atop the headland are the ruined walls of a chapel, variously dated from the 10th to the 12th century. Surrounding the chapel are the turf-covered outlines of a settlement, comprising roughly 30 buildings, surrounded by an earthen bank and wall.

In the 1970s a detailed archaeological investigation of the chapel found evidence that the stone walls replaced an earlier timber building, presumably an existing chapel. Between the two layers was a coin of Eadgar (c. AD 959-975), making the Deerness chapel the oldest example of a Viking Christian site in the North Atlantic region.

The chapel walls stand some 4-5 feet high in places, and an 11th-century burial was found against one wall. The building is a simple rectangle, measuring 17 feet long and 9'9" wide. An outer wall defends the steep staircase approach to the headland. This wall is almost 10 feet thick and may actually predate the chapel.

A later excavation on the surrounding buildings discovered that the foundation walls date to the Viking age, but they stand atop much earlier Pictish buildings dating from the 6th-9th centuries.

So was the Brough of Deerness a monastic site, as was thought for generations, or was it a defended site; a fortified stronghold of a Viking chieftain? Current archaeology leans towards the defended site idea, meaning the Brough was a local chief making a statement of his power and importance.

The setting could hardly be more spectacular; the Brough is accessible only by way of a steep path up the side of the Brough from Little Burrageo, but your exertion is well rewarded with fabulous views and the company of seabirds by the hundreds.

The Brough was originally joined to the mainland by a rocky ridge, but this apparently collapsed long before the headland was settled. That suggests that the Brough had to be accessed by a bridge across a 25-metre deep chasm. Constructing such a bridge would have needed a great deal of engineering skill and no little bravery to construct it! 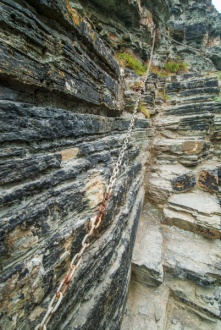 The narrow stone steps
to the Brough 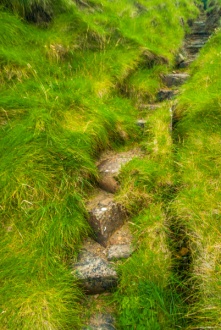 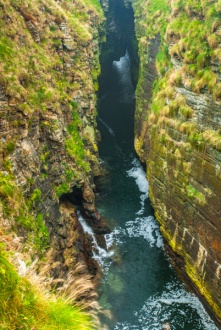 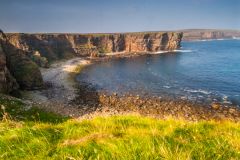 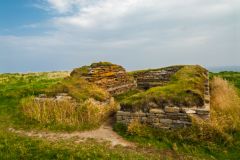 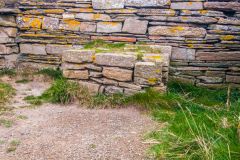 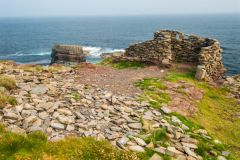 About Brough of Deerness
Address: Deerness, Mull Head, Orkney, Highlands and Islands, Scotland
Attraction Type: Prehistoric Site
Location: Use the parking lot for Mull Head nature reserve, off a minor road signposted from the B9050. The path from the parking lot follows the coast to the Brough of Deerness.
Location map
OS: HY595088
Photo Credit: David Ross and Britain Express

Nearest Accommodation to Brough of Deerness:

Nearby accommodation is calculated 'as the crow flies' from Brough of Deerness. 'Nearest' may involve a long drive up and down glens or, if you are near the coast, may include a ferry ride! Please check the property map to make sure the location is right for you.

More self catering near Brough of Deerness >>

More Hotels near Brough of Deerness >>

More bed and breakfasts near Brough of Deerness >>