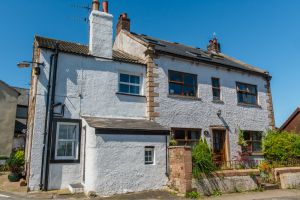 Bowness-on-Solway is the closest village to the western end of Hadrian's Wall, and the site of a Roman army camp. The name comes from old Norse words for a rounded headland. The Hadrian's Wall National Trail begins (or ends) here.

When the Romans built Hadrian's Wall in AD 122 they established a fort at its western terminus called Maia. This was the second-largest fort on the course of the Wall, and just outside the south entrance to the fort a small vicus, or civilian settlement, grew up. It was this settlement that grew to become the village of Bowness.

The 12th-century parish church of St Michael's is built atop the granary of the Roman fort and is partly built with stones from the fort, as are a number of other local buildings. In 1626 raiders from Scotland stole a pair of bells from St Michael's, only to lose them while making their way back across the Solway Firth. The villagers retaliated by raiding north across the firth and made off with bells from churches of Dornock and Middlebie.

A tradition arose that each time a new vicar of Annan takes office, the vicar must petition Bowness for the return of the bells. Yet here they sit, in the church porch, as they have done for almost 4 centuries. 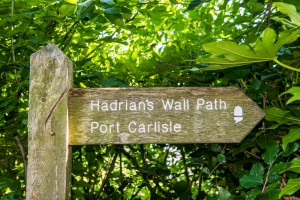 In 1869 a rail line was built connecting Bowness and Annan, linking both to the Carlisle and Maryport line. The railway was carried over the Solway by an iron viaduct stretching 1 mile long. The line was closed to passengers in 1914 and to freight in 1921. It was eventually torn down in 1934, but footings can still be seen.

One ostensible reason for the railway viaduct being destroyed was that thirsty Scots would cross on Sunday in search of a drink, to take advantage of England's more liberal alcohol laws. Somewhat the worse for wear, they would make their unsteady way home after a drinking bout and more than one was lost in a fall from the viaduct. Truth or fiction?

Stretching away from Bowness is a large area of sand dunes, salt marshes, and shingle beds where a wide variety of seabirds gather. The wildlife makes Bowness a good centre for bird-watchers. There are several viewpoints and lay-bys handy for watching the local avian life along the shore. Commonly spotted species include dunlin, curlew, godwit, redshank, and oystercatchers.

If you fancy some refreshments after exploring Hadrian's Wall, Bowness's pub is the Kings Arms, a traditional Cumbrian inn.

Note
Don't mistake THIS Bowness for the very popular and much larger Cumbria village of Bowness-on-Windermere! 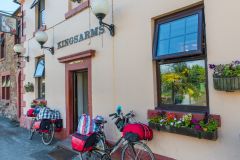 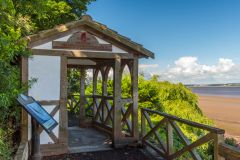 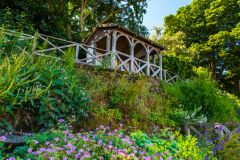 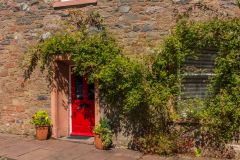 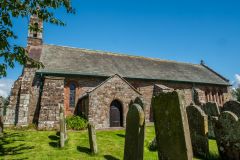 More self catering near Bowness-on-Solway >>

The Village Inn and Kirtle House B&B - 6.7 miles
Kirtlebridge, Dumfries and Galloway
From: £30.00

More bed and breakfasts near Bowness-on-Solway >>