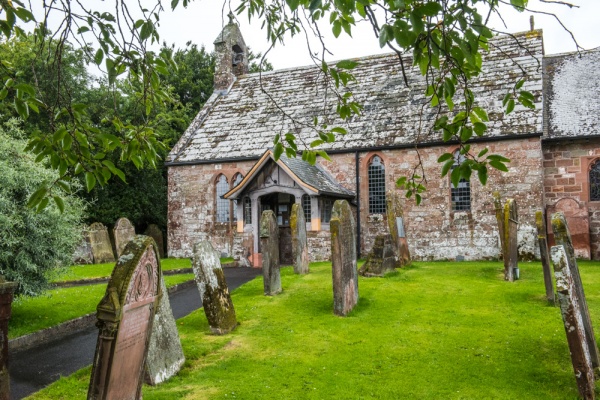 The first documentary reference to the village of Kirkbride comes in AD 1189, when the village is recorded as Kinjka Bride, but the dedication of St Bride's church suggests a much older origin. The Viking raiders that ravaged Ireland and the Isle of Man may have brought a reverence to Bride, a 5th-century Irish saint, to the Solway Coast.

On the western edge of the parish is Monk's Dyke, made by the monks of Holm Cultram Abbey in Abbeytown to help clear the marshland.

St Bride's church probably dates to 1189, and stands on an elevated site north of the village centre. The church and burial ground stand on a 1st-century Roman fort built around AD 80 to guard the western end of the Stanegate, the main route between the Solway and River Tyne. About a metre beneath the church runs a paved Roman road. oriented on a north-south axis.

The church is very simple in plan, with a 12th-century nave and chancel augmented by a Victorian porch and vestry. The chancel arch is built in Saxon style, suggesting that there may have been a much earlier church on the site. Look closely as you enter the doorway and you will see large recesses on either side, set into the very thick stone walls. The recesses held a timber beam that could be used to secure the door from attack by raiders, or in a later age, by Border Reivers. 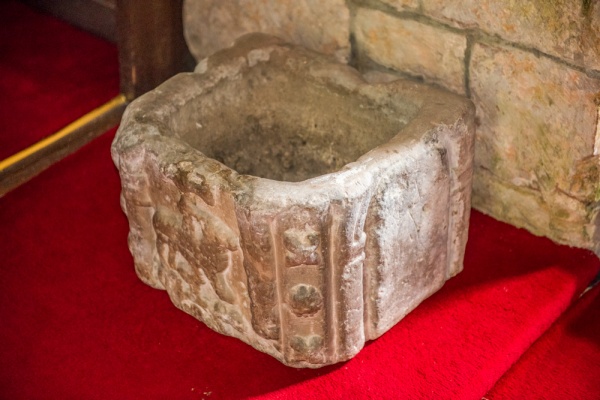 The medieval church was in poor condition by 1702, when the Bishop of Carlisle visited the parish and recorded, 'I never yet saw such a Church and Chancel in so scandalous and nasty a condition ... in short - the whole looked more like a pigsty than the house of God'. It took until 1895 for the church to be restored, and the pulpit, the pews, the ceiling and floor all date from this time. The medieval north door was blocked up, though you can still see its outline in the stonework.

The font is 14th-15th century, with a square bowl upon an octagonal central column. The chancel arch is probably late Norman, and there are two deeply splayed Norman lancet windows in the north wall.

Also on the north wall is a bras plaque commemorating the parish link to the American Kirkbride family. In 1682 members of the Kirkbride family emigrated from Cumbria to Pennsylvania, where they settled in Philadelphia Bucks County. The plaque was erected in 1982 to mark the tricentennial of the family sailing to America. 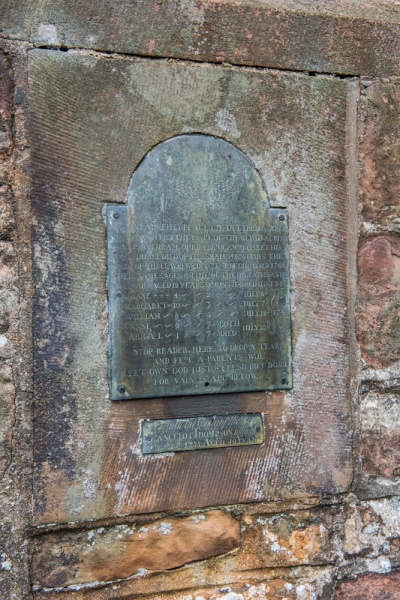 On the south wall of the sanctuary is a memorial to William Metcalfe, son of a rector of Kirkbride, who sailed as a midshipman on the Aeolus. Metcalfe fell to his death from the rigging in 1808, at the age of just 16.

One curious historic feature is a large carved stone displayed near the chancel arch The bowl is roughly carved, and was discovered in the rectory garden in 1813. Ir is perhaps an old font bowl, or perhaps the base of a medieval cross. The stone is carved with the Biblical Agnus Dei (the lamb and flag) and what appears to be a depiction of the chancel arch.

Over the west gable is a bellcote housing a single bell. The entertaining church guidebook says that on the Sunday following Queen Victoria's death there was a strong wind that forced the bell to toll by itself during Evensong service.

Under the exterior of the east window is a plaque commemorating the six children of Rev. Lancelot Thompson, curate of Kirkbride. The six children tragically died of smallpox during an epidemic in 1746. The verse reads;

Stop reader, and drop a tear,
And feel a parent's woe;
Yet own god just & flesh but dust,
For vain is all below. 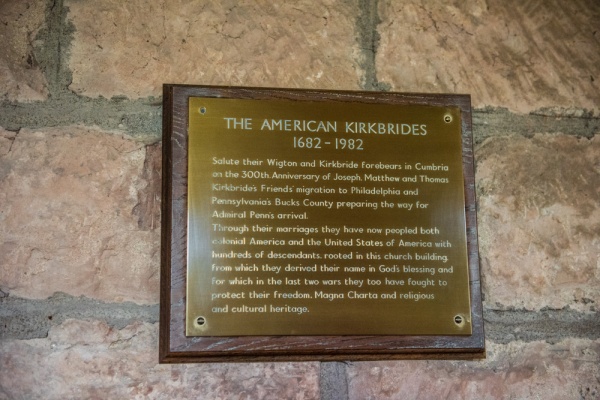 Also in the churchyard, near the south door, is a gravestone commemorating Lieutenant Joseph Taylor Clark, who died at the Battle of Waterloo in 1815.

As a final historical note, the lane opposite from the church gate is known as Wine Lonning, and was used by smugglers to transport their illicit goods to nearby inns. The Lonning had a more sinister use in the 18th century, when grave robbers would dig up freshly buried corpses in the night and carry the bodies to a waiting coach for an overnight ride to Edinburgh.

St Bride's is a lovely country church, in a picturesque village setting. It is usually open to visitors daily and was open when we visited on a dismal day in June. 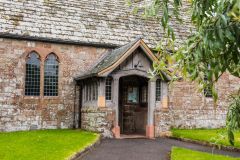 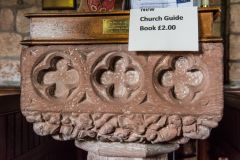 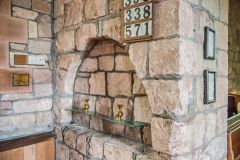 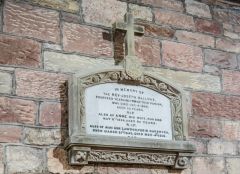 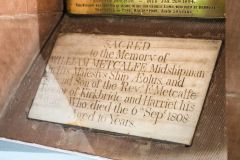 The Village Inn and Kirtle House B&B - 10 miles
Kirtlebridge, Dumfries and Galloway
From: £30.00