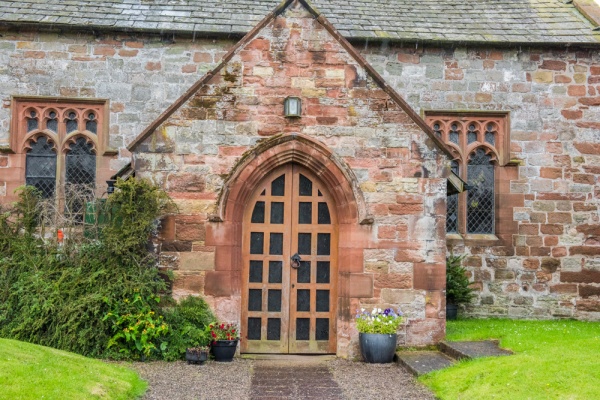 St Peter's church is set back from the main road near the western end of Kirkbampton village, roughly midway between Carlisle and Kirkbride. The church was established in AD 1194, and remains relatively intact, with the addition of a 19th-century vestry and porch.

The porch protects a 12th-century doorway carved with typical Norman chevron motifs. Over the door is a tympanum with worn carving that may depict animals and a human figure, with more zig-zag decoration.

The Norman chancel arch has beautifully carved capitals, and you can see the face of a Green Man on the northern capital.

I've been calling the doorway and chancel arch Norman, as that is what the useful church guidebook calls them, but some historians suggest the doorway at least could be even earlier, perhaps dating to the late Saxon period. 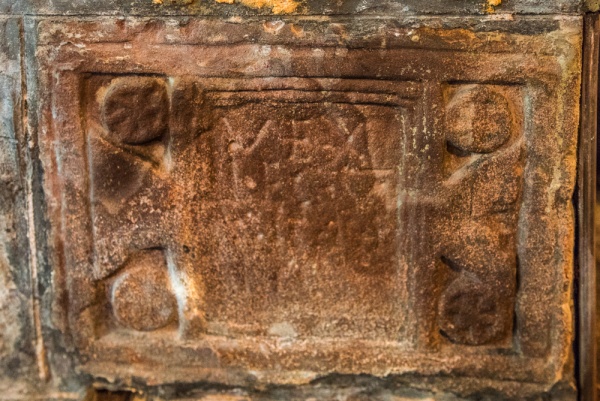 The blocked south doorway is Norman, as is a slender lancet window in the south chancel wall. Over the south door is another Norman tympanum, decorated with stones of different colour to create a series of three bands. The head of another Norman lancet has been reset in the organ chamber.

Restoration in the 1870s revealed a carved Roman stone, probably brought here from Hadrian's Wall, which runs just a mile north of the village. The stone is set into the south wall of the chancel. It is carved with the Latin letters 'VEX, LEG P.F.FEC', which translate loosely as 'The troops of the 6th Legion, the victorious, pious & faithful did this work'.

In the sanctuary is a small window opening thought to be a leper's squint, aligned to give lepers a view of the altar during services (they were not allowed inside churches). The squint could also be used by the priest to hand out dole to the lepers outside the church. In the chancel wall is a stone cupboard, or aumbry, and on the south wall is a Norman piscina.

The east window has stained glass by William Morris, showing angels carrying musical instruments, and by Edward Burne-Jones, depicting Christ with the flag of St George.

St Peter's is a delightful country church, with a wealth of historic interest, especially the Roman carved stone and Norman chancel arch carvings. The church is usually open daily to visitors and was open when we visited. 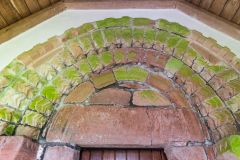 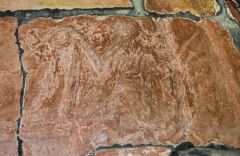 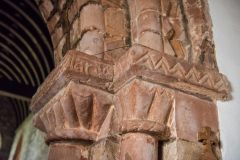 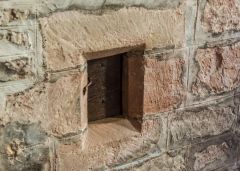