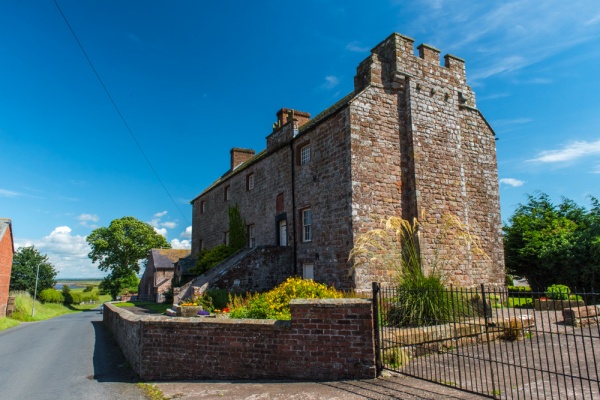 In 1307 Robert le Brun built a pele tower (a fortified residence) near the village of Burgh, in what is now northern Cumbria. The 1307 date may be misleading, however, for that is when le Brun received permission to crenellate. He may simply have been strengthening an existing 13th century hall house to make it better able to withstand attack in the turbulent border region.

The pele tower was erected on the site of a tower that formed part of Hadrian's Wall. Le Brun used stone from the Roman wall to build his tower. Given the fact that Burgh was so close to a major ford across the Solway Firth, in an area that Scots and English fought over regularly, it made sense to build a fortified residence.

The pele was allowed to decay, and by the end of the 15th century it was almost ruinous. 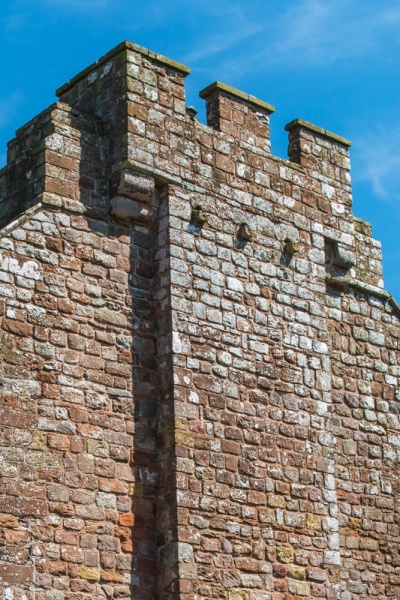 That's when Thomas, Lord Dacre, stepped in. Dacre rebuilt le Brun's pele tower as Drumburgh Castle. To call it a castle is a bit misleading; you will not find soaring turrets or curtain walls. It has more in common with a traditionanal northern bastle house than anything else.

In 1593 an auditor for the West Border region described Drumburgh Castle as 'neither castle nor tower but a house of strength ... a very fit place for defence of that part of the Border'. 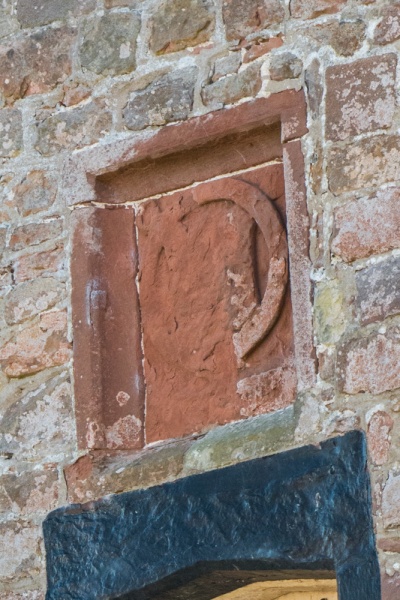 The Dacre coat of arms

Exactly when Dacre began his rebuilding of the earlier pele tower is not clear, but it must have been prior to 1518. A stone bearing the Dacre arms was carved with the date 1518 and placed over the castle entrance. The datestone was later moved over a first-floor entrance.

In 1678 John Alglionby purchased the house from the Duke of Norfolk, and altered it again, giving the building its current layout. Further alteration were made by Sir John Lowther, who bought the property in 1696.

In the 1970s the castle was restored, and the east end of the building became a private home.

Yet though it has been restored and altered several times over the centuries, the house retains so much of its 16th-century flavour. On the ground floor you can clearly see a blocked 13th-century entrance, partly obscured by 16th-century external steps.

To one side of a 19th-century gabled porch is a blocked 13th-century window opening, obvious by its rounded arch. The main entrance dates to about 1517. It features a studded oak door which might be original. The second floor is illuminated by 16th-century windows. 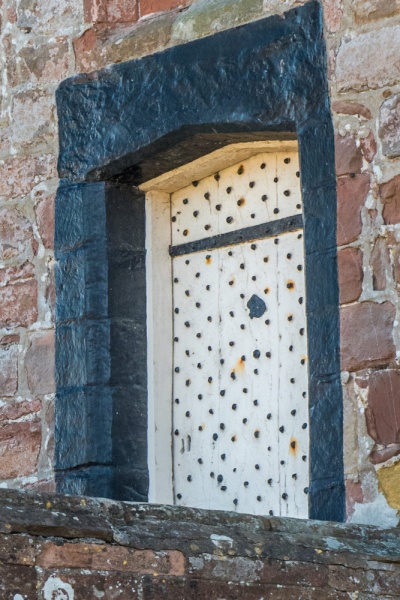 Unfortunately, since Drumburgh Castle is a private residence it is not generally open to visitors. On the other hand, it is right on the road through the village, and is extremely easy to view from the outside. Our family was passing through the village and when we saw the castle we just had to stop and investigate. If you appreciate historic buildings it is well worth a few minutes top examine the castle from the outside. Look for a fragment of a Roman altar built into the first floor doorway. 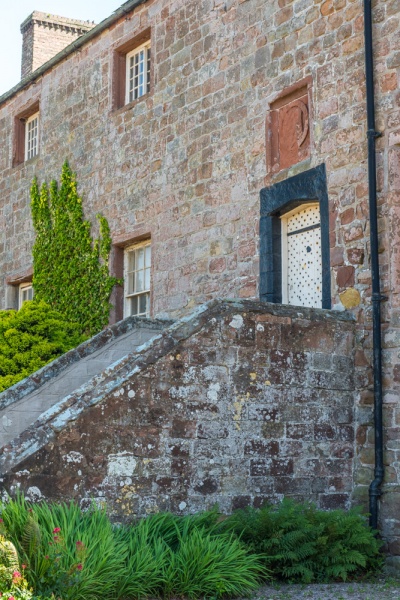 Stairs to the first floor entrance

More self catering near Drumburgh Castle

The Village Inn and Kirtle House B&B - 8.7 miles
Kirtlebridge, Dumfries and Galloway
From: £30.00