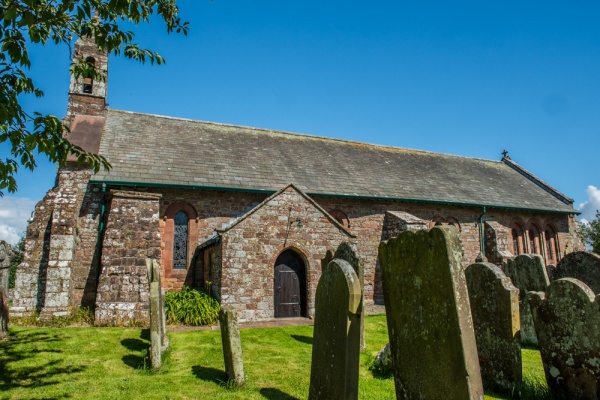 The pretty church of St Michael in Bowness-on-Solway dates to the 12th century, with a comprehensive rebuilding in the Victorian period. When the church was rebuilt in the late Victorian period there was no locally available source of building stone. The builders simply re-used stones from Hadrian's Wall.

You can easily make out the slender Roman stones set into the walls; they are quite obvious and are usually about 20 inches long. The church is built on the site of the granary of the 2nd-century Roman fort called Maia, built to defend the western end of the Wall.

The church layout is very simple, with a nave of four bays leading to a single-bay chancel There is a north vestry, north transept, and the church is entered through a south porch. There is no tower; set upon a large buttress at the west end of the nave is a large double-bellcote. 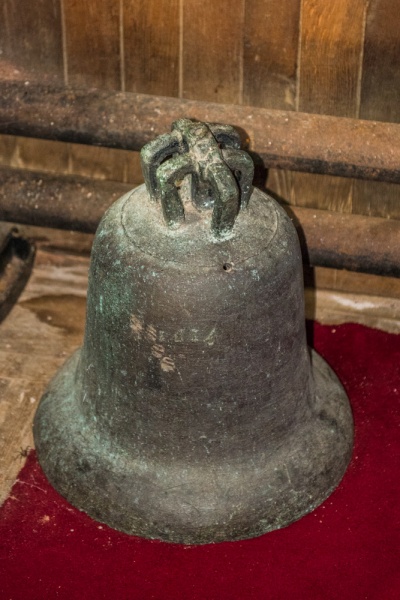 One of the stolen Scottish bells

In 1626 raiders from Scotland stole a pair of bells from St Michael's. They fled back to their boats, pursued by angry locals, and began to row back across the firth. The pursuers set off after them and were gaining ground. The Scots realised that the bells were weighing them down so they threw them overboard and made their getaway.

The bells were lost forever, but irate villagers decided to retaliate for the theft and launched their own raid north across the firth and stole bells from churches in Dornock and Middlebie.

A tradition arose that each time a new vicar of Annan takes office, the vicar must petition Bowness for return of the bells. For almost four centuries every request has been refused or simply ignored, and here the still bells sit, at the west end of the church.

The north and south doorways are both Norman, and a Norman window survives in the chancel. The font is also Norman, though it stands on a Victorian stem.

In a niche set into the wall behind the font is a 'half-anker'; a small barrel used by local smugglers for transporting illicit rum. 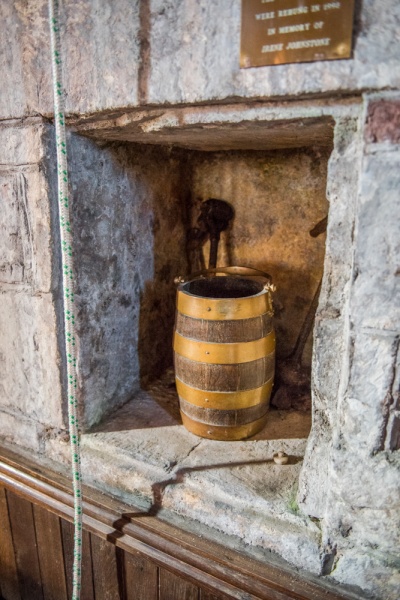 Near the Rector's stall is a display case with a copy of the Breeches Bible, published in 1585. The Breeches Bible was a variant of the Geneva Bible, which was in common use before the King James Bible was published. The name comes from a passage in Genesis where the original text was translated to read, "and they knew that they were naked, and they sewed figge tree leaves together, and made themselves breeches". The Bible was given to the church by Canon Joyce, a church rector.

One of the prayer desks by the altar was made by 'Mouseman' Thompson of Kilburn, Yorkshire. See if you can find the trademark mouse carving (it took our family fully 5 minutes and a little luck to spot the mouse).

In the churchyard is the grave of Thomas Stoal, a smuggler from the Isle of Man who drowned in the Solway. A local tradition says that in an act of atonement for her husband's sins Stoal's wife carried the gravestone of Snaefell slate on her back all the way from Maryport to Bowness.

To the east of the churchyard is a Celtic cross marking the burial place of a former rector, Rev. S Medlicott. On the stone is a carving of a pig. The entertaining church guidebook says that local children used to be told that if they stared at the pig long enough it would run away. Look for the carving at the base of the cross depicting a serpent, or dragon, biting its tail.

St Michael's is a delightful church, full of historic interest, and well worth a visit. The church is usually open daylight hours and was open when we visited. 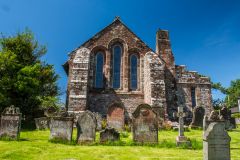 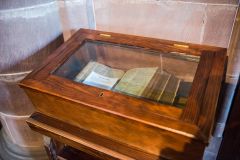 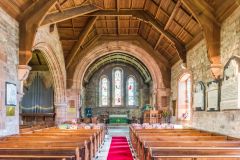 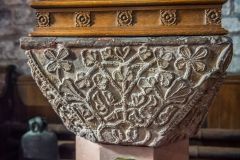 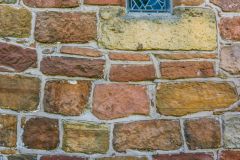 More self catering near Bowness-on-Solway

The Village Inn and Kirtle House B&B - 6.8 miles
Kirtlebridge, Dumfries and Galloway
From: £30.00

More bed and breakfasts near Bowness-on-Solway

Self Catering near Bowness-on-Solway