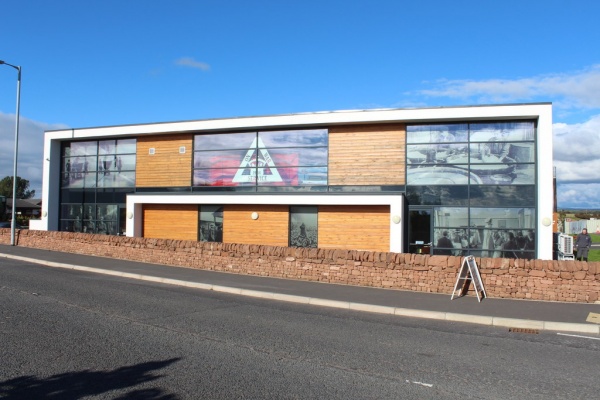 The Devil's Porridge Museum tells the story of HM Factory Gretna, the largest munitions factory in the world during its WWI heyday. The museum also explores the role played by the Solway Military Coast during the Second World War.

Learn the fascinating story of the 'Gretna Girls'; women who worked at HM Factory Gretna during the war. A combination of film, audio, historic photographs, and recorded oral histories bring the story to life in an unforgettable way.

In May 1915 The Times newspaper ran a story exposing the dire lack of ammunition available to troops on the front lines in Europe. The publicity surrounding this 'Shell Crisis' provoked the government into action. Lloyd George was appointed the first Minister of Munitions and was charged with ramping up the British production of ammunition.

The result was HM Factory Gretna. More than a simple munitions factory site, HM Factory Gretna covered 9 miles of the Solway coast from Longtown in England to Dornock across the border in Scotland.

Over 10,000 navvies, most of them from Ireland, were sent to the area to begin construction late in 1915. In a remarkable effort, the navvies managed to get the factory into production by April 1916.

The military recruited hundreds of chemists, engineers, and explosives experts from across the Commonwealth. Their job was to organize the manufacture of RDB cordite (Research Department formula B), made up of 52% collodion, 42% nitroglycerine and 6% petroleum jelly. 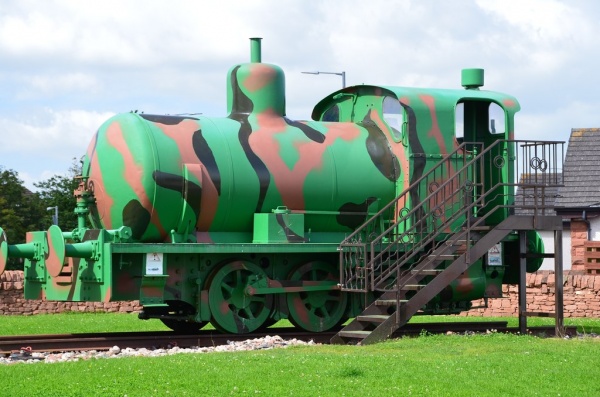 To run the production lines over 12,000 females, mostly young, unmarried women were employed to mix the volatile paste known as 'Devil's Porridge' and use it to create cordite propellant. The propellant was then sent to shell factories.

Sir Arthur Conan Doyle, the author of the famous Sherlock Holmes mysteries, visited HM Factory Gretna as a war correspondent. On seeing the girls mixing the dangerous paste he coined the phrase ''Devil's Porridge', and the name stuck.

After the war, the HM Factory Gretna site was made into the Longton depot for the Ministry of Supply.

The Solway area was once again at the centre of war efforts in WWII. Hundreds of evacuees were settled here, and several war prisons built to hold captured enemy soldiers. Many locals worked at the Longtown or Eastriggs military supply depots or at Imperial Chemical factories producing ammunition.

The RAF used the area for pilot training, and RAF Annan was later transformed into Chapelcross Nuclear Power Station, the first nuclear power station in Scotland. 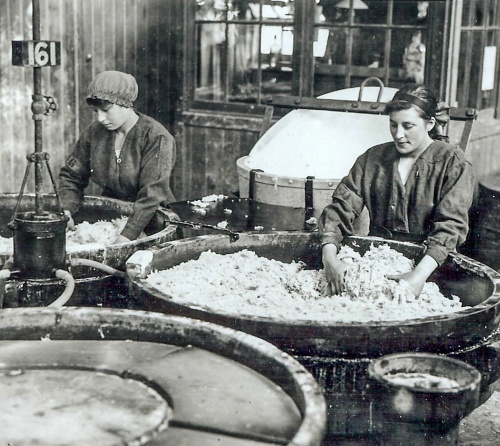 The Devil's Porridge Museum began as a small display housed in St John's Church, but over the last 20 years it has been transformed into a world-class museum, with interactive displays housed in a specially-built modern building.

The Devil's Porridge is a 5-star Visit Scotland attraction. The museum is open all year and can also be booked for schools or large group visits.

The museum is located just off the A75, roughly 10 minutes from the M6 and M74. For satnavs use the postcode DG12 6TF. The museum is very easy to spot as you approach Eastriggs from the south; just look for the large white building near the Eastriggs entrance.

Images are (c) as noted, republished with gratitude under a Creative Commons license.

The Village Inn and Kirtle House B&B - 4.6 miles
Kirtlebridge, Dumfries and Galloway
From: £30.00