HERITAGE HIGHLIGHTS:   One of the last few fortified churches in northern England 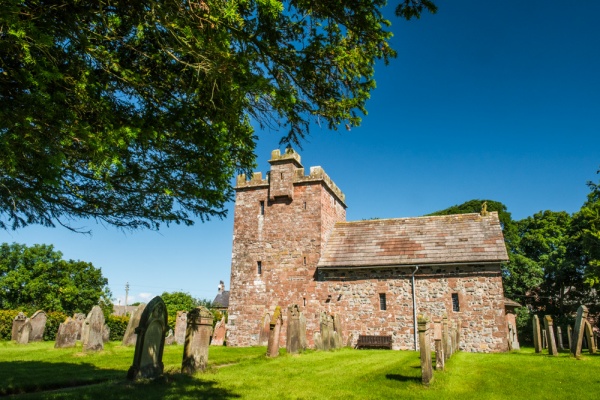 In the 13th century, the village of Skinburness in north-western Cumbria was hit by a devastating flood. The village was abandoned and a new settlement developed at the 'new town' of Arlosh (hence the name 'Newton Arlosh'). The settlement needed a church, and so the monks of Holme Cultram Abbey at Abbeytown built St John the Baptist, near the site where legend says that St Ninian preached in the 4th century.

St John's is an exceptional example of a fortified church, with an embattled west tower that could be used as a place of refuge during times of strife. Parishioners could retreat when Scottish raiders descended from the north. The tower boasts extremely thick walls over a vaulted ground floor, and a very narrow doorway to control access.

The thick walls are pierced with very narrow arrow-slit windows, another sign of how cautious the locals were about the possibility of an attack. A spiral stair climbs inside the tower to a small chamber at the top which was supplied with a fireplace. Perhaps this was used for a guard to keep watch, or perhaps as a residence for the priest. 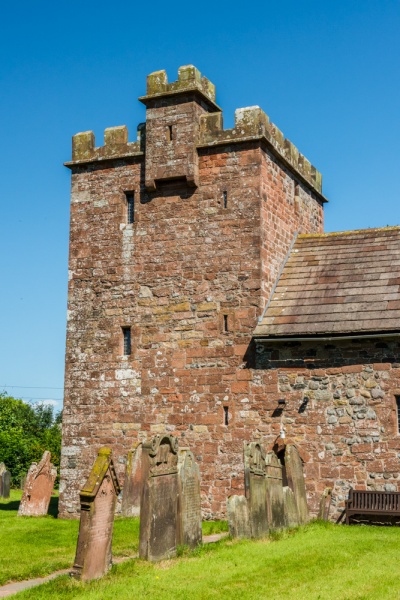 The tower looks as if it has more in common with a pele, or fortified residence than it does with a parish church. The original nave also has very thick walls.

The monks of Holme Cultram received a licence to crenellate in 1304, but the octagonal font is 13th century, suggesting that the church existed before it was strengthened to withstand border raiders. An alternative explanation is that the font was brought here from Holme Cultram Abbey when the church was consecrated.

Even the date of the church is open to conjecture, for it does seem likely that the monks did not fortify the church immediately after receiving the license to crenellate. It seems more likely that the church was fortified in the reign of Edward III, perhaps around 1360. In 1393 Richard II confirmed the right to have a church in Newtion Arlosh, suggesting that it had not yet been built, or at least, not completed even by that late date.

After Holme Cultram Abbey was suppressed by Henry VIII the church at Newton Arlosh was allowed to fall into decay. It seems to have been a complete ruin for at least 250 years. 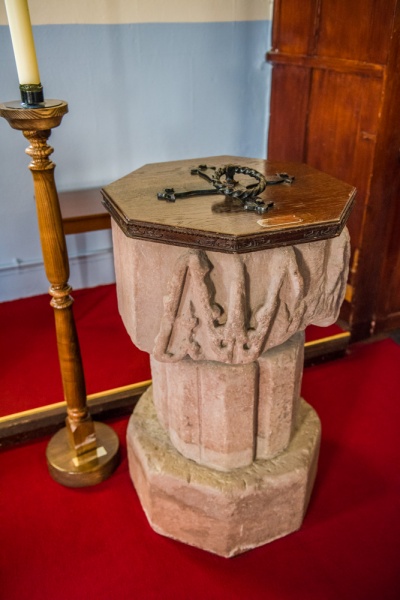 The medieval church was completely rebuilt in 1844 and again in 1894 by Sarah Losh, who was responsible for the lectern, with a base made of bog oak. Ms Losh is more famously known for her extraordinary church of St Mary in Wreay, in the east of Cumbria. Losh was also responsible for the carved eagle that sits on the church's gable roof.

The restoration resulted in an unconventional interior, to say the least. The medieval nave wall was removed and the chancel is on a north-south axis to the north of the nave. Parts of the original medieval structure survived the Victorian restorations; in the vaulted ground floor of the tower there is an original Tudor window.

On the east wall of the nave, near the site of the original high altar, is a peculiar ram's head corbel.

St John's is a fascinating church, with an equally fascinating history. It is a shame that there are not more original medieval furnishings, but in this case, the real interest is the structure itself and the rare fortified tower. The church is usually open to visitors during daylight hours and was open when we visited.

For another good example of a fortified church see St Michael's in Burgh-by-Sands. 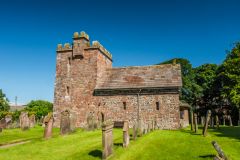 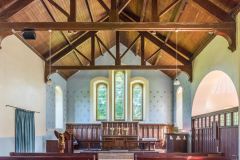 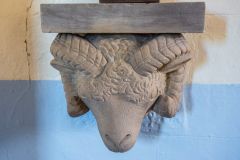 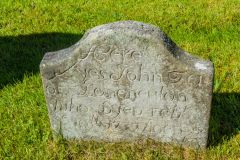 The Village Inn and Kirtle House B&B - 11.5 miles
Kirtlebridge, Dumfries and Galloway
From: £30.00