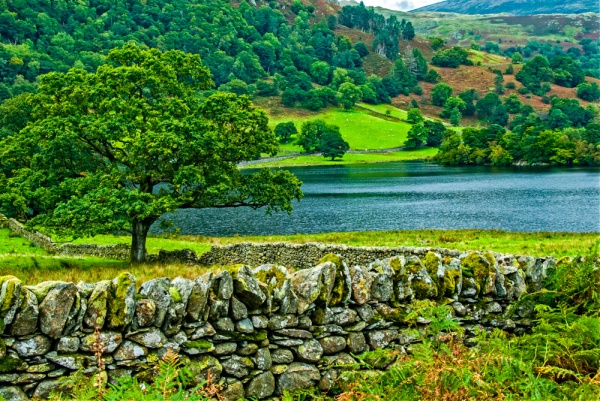 Rydal Water is one of the smaller lakes to make up the Lake District. It is located just south of Grasmere at the foot of Loughrigg Fell, about mid way to Ambleside. At the eastern end of the lake is Rydal Mount, family home of poet William Wordsworth for 37 years until his death in 1850.

The house dates to the 16th century and is filled with Wordsworth mementoes and personal effects, including a letter from Wordsworth to Queen Victoria declining the post of Poet Laureate (he was later persuaded to accept). Beside the house is Dora's Field, named for Wordsworth's daughter, who died young. Wordsworth and his wife Mary planted Dora's field with daffodils in her memory.

Wordsworth and his family worshipped at St Mary's church, just down the lane. In fact, Wordsworth had input on exactly where the church should be built. St Mary's was erected in 1824 by Lady de Fleming, Wordsworth's landlady, as a chapel. The gallery was used as the de Fleming family pew, and Wordsworth served as a churchwarden from 1833-1834. There is a memorial to the poet inside the church, and the church hosts an annual Wordsworth Lecture. 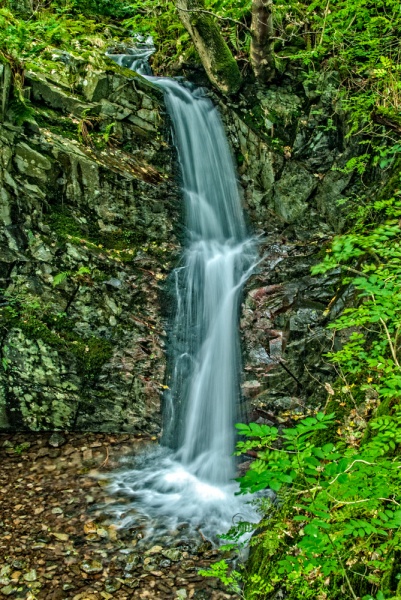 A short walk from Rydal Mount is Rydal Falls, a frequent destination for Wordsworth on his rambles. The waterfall stands in dese woodland, just off the old coffin road used to carry coffins from Ambleside to burial in Grasmere. There are two waterfalls reached via a footbridge, with a viewing platform on the steep-sided trail.

The A591 offers the only road access to Rydal Water. The road links Grasmere and Ambleside and runs along the northern shore of the lake. There is no vehicular access to the south shore, but there are several very popular footpaths. 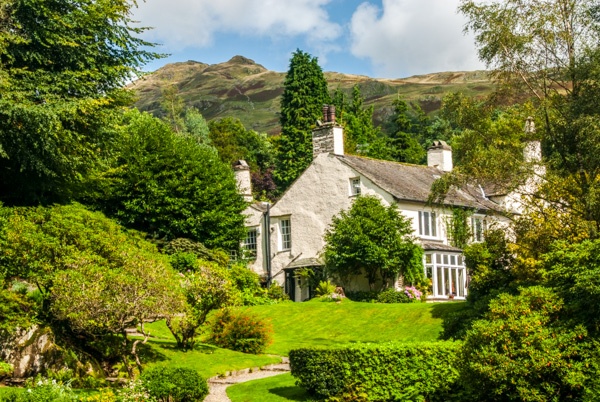 Our family enjoyed a very scenic circular walk around the lake. We started at White Moss Common car park, but you could just as easily start at Cote How. A footpath follows the southern shore of the lake, where there are no roads, and swings up to cross the River Rothay via a footbridge.

You then have to cross the A591 and rejoin the trail as it passes the gates of Rydal Mount before swinging east again behind the Rydal Mount estate and following the slope of Nab Scar westward back to White Moss Common. The walk is about 3km (roughly 1.8 miles) long and takes 60-90 minutes, depending on how often you stop to admire the views. Near White Moss Common is a lovely little waterfall close to the trail.

Another popular walk starts at White Moss Common car park and follows the River Rothay, through Penny Rock Wood to the base of Loughrigg Fell. You cross a footbridge and ascend a series of switchbacks as you climb Loughrigg Terrace and arrive at length atop the Fell, with wonderful views over Rydal Water and Grasmere Lake to the north. 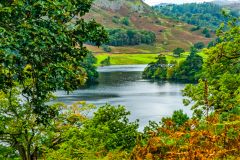 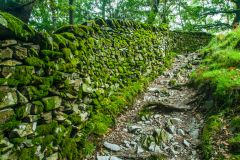 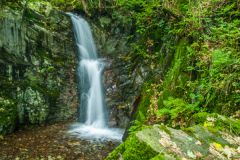 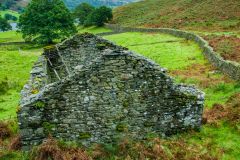 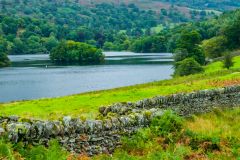 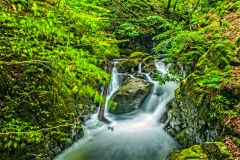 More self catering near Rydal Water

Self Catering near Rydal