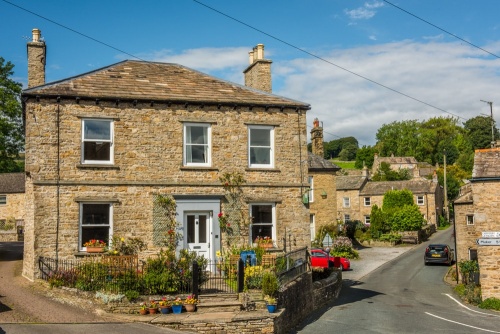 Askrigg is an attractive village in Upper Wensleydale, in the very heart of the Yorkshire Dales National Park. The village is famous for its association with fictional vet James Herriot, and played the part of Darrowby in the television series All Creatures Great and Small.

The village dates to at least the Saxon period. It was mentioned in the Domesday Book of 1086 when it was called Ascric. The name comes from Old Norse for a ridge where ash trees grow, suggesting that the area was farmed by Viking settlers long before the Norman Conquest. The manor was held for 3 centuries by the Fitz Hugh family, then passed to the Parr family and finally to the Metcalfes.

The parish church of St Oswald dates to 1466 and is built in Perpendicular Gothic style. In the south aisle is a former chantry chapel for the Metcalfe family of Nappa, dedicated to St Anne and hosting memorials to generations of the family.

The stained glass window in the east wall is dedicated to the memory of George Winn, who drowned while crossing Aysgarth Ford in 1876. About 400 yards to the west of the church is a Bronze Age ring cairn.

The cobbled market place has an iron bull-ring, where bulls were 'baited' (i.e. set upon by dogs) in the 17th and 18th centuries. According to local tradition if a man wanted a fight he would flip the bull-ring over. If another man wanted to take on the challenge he turned it back, and the fighting began.

During the medieval period, the village lay just outside Wensley Forest, a hunting ground for the Lords of Middleham. Its location meant the village meant it was free from the strict forest laws, so it developed as an important trading centre for Wensleydale.

The first official market was held in 1587 after Elizabeth I granted a royal charter permitting a weekly Thursday market and 3 fairs during the year. The local economy thrived on textiles and knitting in the 18th century and became a centre for clock making. 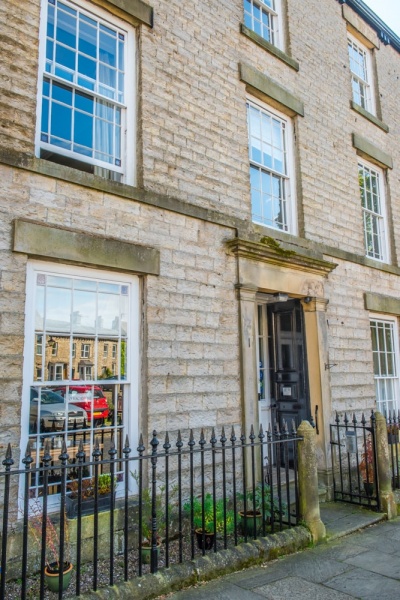 Cringley House, aka Skeldale House in
'All Creatures Great and Small'

There are two pubs. The Crown is a Victorian building but stands on the site of an 18th-century inn. The Kings Arms dates to 1767 and was built as a coaching inn by a local man named John Pratt who had made his fortune as a jockey at Newmarket. The Kings Arms became The Drovers Arms for the All Creatures Great and Small TV series, and photos of the cast and crew are on display around the bar.

Next to the Kings Arms is Lodge Yard, built in 1752 by John Pratt as a stable for racehorses. The most famous racehorse under Pratt's care was Imperatrix, who won the St Ledger in 1782. Another of Pratt's horses was purchased by King George IV.

Sometime around 1800 Lodge Yard was purchased by Joseph Lodge, founder of the 'Askrigg Equitable, Benevolent and Friendly Society'. The Society was established in 1809 and is the oldest Friendly Society in the world.

The vet's surgery of Skeldale House is, in fact, Cringley House, almost opposite the bull-ring at the south end of Main Street.

Near Askrigg is Nappa Hall, a 15th-century fortified manor that was used to imprison Mary Queen of Scots before she was transferred to Bolton Castle.

From the village centre, a trail leads north west for less than a mile to Mill Gill Force waterfall, where the water tumbles 25 feet down a rocky ravine hidden in an attractive woodland. 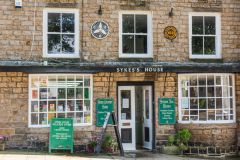 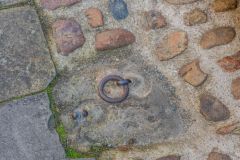 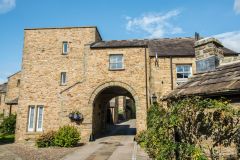 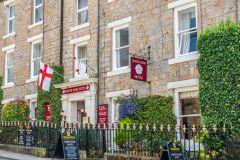 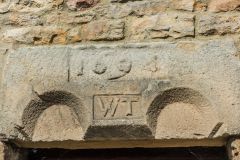 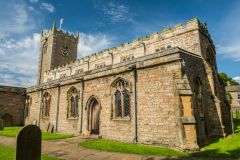 More self catering near Askrigg >>

More bed and breakfasts near Askrigg >>