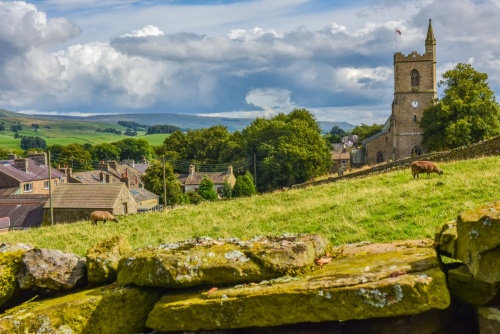 Soaring high above the Wensleydale village of Hawes is the tower of St Margaret of Antioch Church. This attractive Victorian Gothic building was erected in 1851 to replace a chapel of ease that had served Hawes since 1480.

The earliest record of a church in Hawes comes from the 15th century when the chapel was built to serve this scattered agricultural area on Wensleydale. The village of Hawes was no more than a hamlet until the 17th century so it is not surprising that there was no parish church. The settlement was part of Aysgarth parish, the second-largest in England, covering over 81,000 acres.

When the settlement developed rapidly in the Georgian and Victorian period it became obvious that Hawes needed a much larger church. 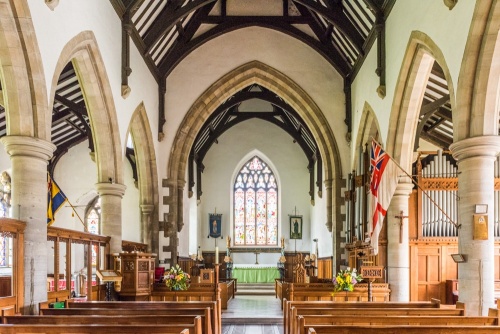 The new church was designed in Decorated Gothic style by the architect AB Higham. An alternative design was submitted by GE Street, who had just opened his architectural practise the previous year. Though Street's design was rejected, he went on to become one of the most famous and prolific architects in Victorian England. He is perhaps a most famous for the Law Courts in London.

The large new church cost £2,450 and was completed in just one year. The architect received a fee of just £88 for the design. The money was raised by public subscription with over 200 people donating. The foundation stone was laid on 25 June 1850.

The stone was quarried on top of Snaizeholme Fell and carried on a sledge to the building site by a local man named Ralph Stockdale. When the final stone was put into place on the turret, a hod carrier named Little Peter stood on top of the turret on foot while waving his arms and his other foot top the amusement of the crowd gathered below. 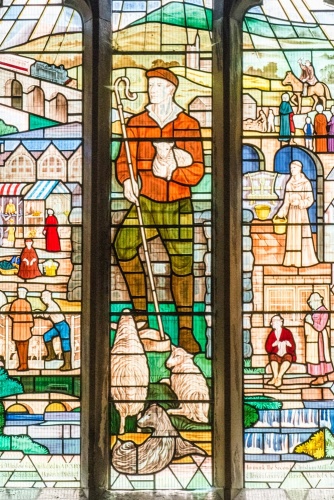 In the tower is a bell cast in 1650 by John Martin of Worcester. It was acquired from St Giles Church in Sheldon (Birmingham) in 1992. This is one of just two bells known to have been cast in England during Cromwell's Protectorate - a time when bells were considered frivolous if not dangerously Catholic.

The completed church was much larger than the village needed because it was still intended to serve the entire region. The vicar of Hawes was officially a perpetual curate until 1870 when the term was no longer used. It was only then that Hawes finally gained its own vicar.

The church is built of rubble stone under a roof of Westmorland slate. There is a three-stage tower with a two-light belfry on the third stage. A stair turret is built onto the south-east corner.

The layout consists of a five-bay nave leading to a two-bay chancel. The nave arcades feature Early English piers between double-chamfered chancel and tower arches. 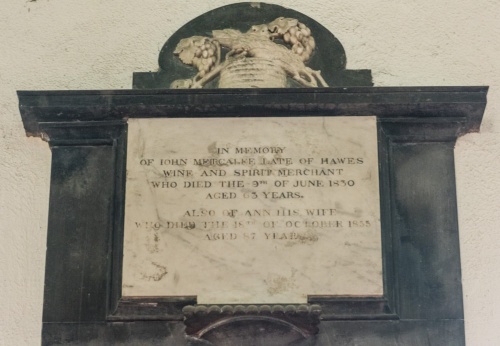 Over the north door is a memorial to Rev Charles Udal (d 1782), salvaged from the earlier chapel. This is one of several memorials rescued from the older building before it was pulled down. The oldest gravestone is to the right of the front path through the churchyard; it commemorates a Metcalfe who died in 1696.

The path to the church entrance is lined by an avenue of lime trees planted in 1873. If you go through the gate in the churchyard you will find yourself on the Pennine Way National Trail. Carry on up the trail and you will come to two old burial grounds. In the top burial ground is a memorial to those who tragically died in an accident near Hawes Junction on the Settle to Carlisle railway on Christmas Eve 1907. 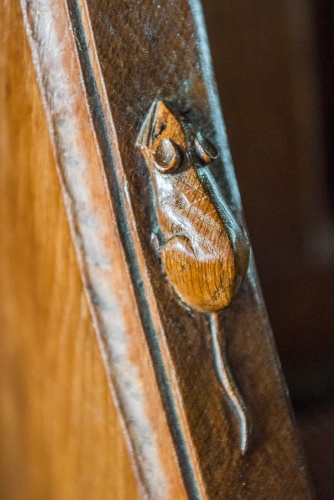 The pews date from the 1930s and are the work of Robert 'Mouseman' Thompson of Kilburn. See how many of his trademark mouse symbols you can see carved into the pews. Thompson and his assistant Lyndon Hammel added delightful carved details including foliage and animals native to the Yorkshire Dales, traditional Christian symbols, and a medieval-style Green Man. This may be the finest collection of Thompson woodwork in Yorkshire - and that's saying something.

On the wall of the Lady Chapel is a 16th-century oak panel saved from the original chapel. The altar in the Lady Chapel was given by Rev J Metcalfe and his wife in memory of two of their children who died in childhood. The window was designed by GJ Bageley of Newcastle who was also responsible for the large east window. 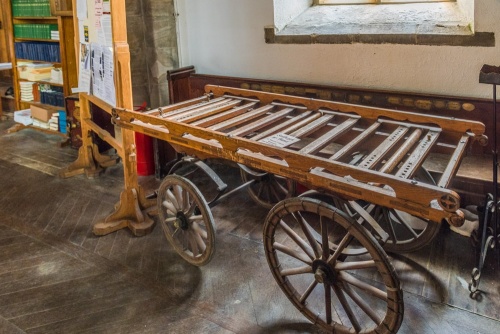 The Lady Chapel screen acts as a WWII memorial and the tower screen is a similar memorial to those who died in WWI.

St Margaret's is listed Grade II by Historic England for its heritage interest.

There is no on-site parking, so your best bet if you arrive by car is to use the National Park Visitor Centre car park near the old railway station. 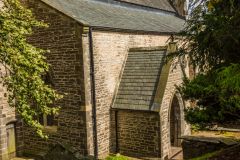 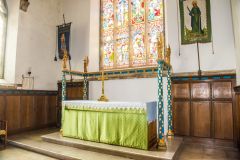 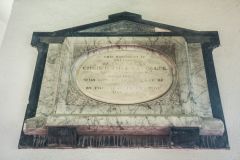 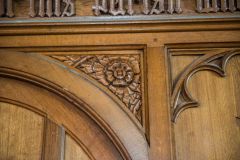 Self Catering near Hawes