Standing directly opposite historic Bolton Castle in the pretty Wensleydale village of Castle Bolton is the 14th-century church of St Oswald, which seems dwarfed by comparison to the medieval fortress. Too many visitors to the castle overlook the church, and that's a shame, for it is a wonderful example of medieval architecture and is full of historic interest.

There was a church here as early as the 12th century, but the present church was erected around 1325. That makes it about 70 years older than the castle. 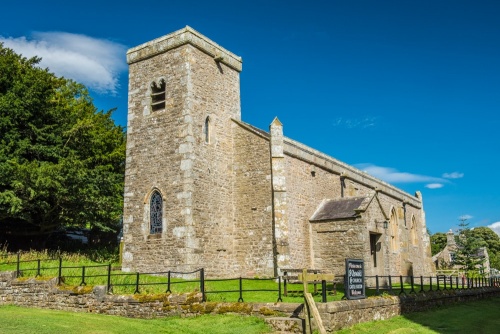 There is a three-light east window and two-light windows in the north and south walls. On either side of the window is a trefoil-headed niche. Below the south-east chancel window are a 14th-century triple sedilia and piscina. The sedilia is a wonderful example of Decorated Gothic style, decorated with small human faces and floral designs.

The sedilia shafts show long vertical grooves. These are traditionally said to have been caused by sharpening pikes and spears but it seems much more likely that the grooves are the result of sharpening farm tools such as scythes. 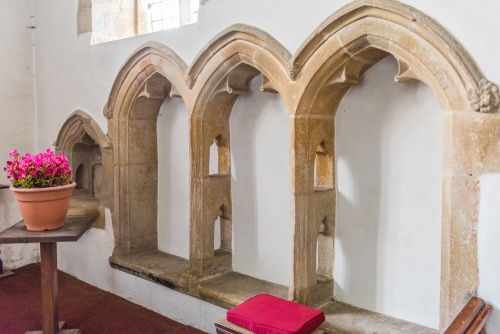 On the south side of the chancel is a low window said to have been a leper window, allowing lepers - who were not allowed inside the church - to view the high altar during services.

The hexagonal font is likely to be original to the 12th-century church. On the north wall is a carved corbel with the inscription 'Tomas Ro.'. On the south wall is a painted royal coat of arms to King George IV.

Mary, Queen of Scots is said to have attended services at St Oswald's during her imprisonment at Bolton Castle from 1568-1569. 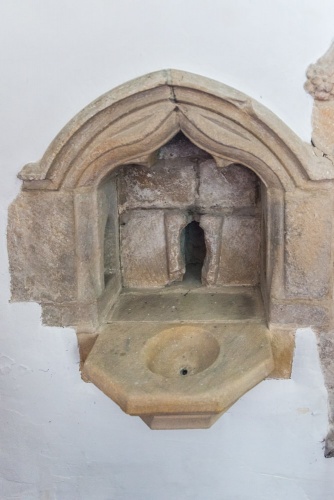 Set into the internal walls of the south porch are several fragments of medieval carved stones. A worn timber supporting the porch roof is decorated with carvings of a Tudor rose and human heads.

On the north nave wall is a memorial to six men of the parish who fell in WWI, and underneath is a smaller plaque commemorating Flying officer Edward Parker of the RAF, who died in action on 2 November 1944.

St Oswald's Church is opposite Bolton Castle. just follow signs for the castle and you can't miss the church. There is a large car park beside the church, which is open every day to visitors. Do take time to visit the castle, one of the finest in Yorkshire. 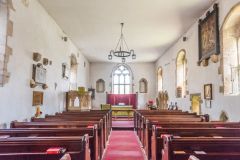 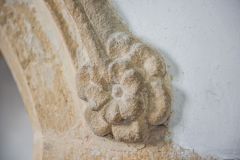 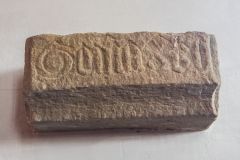 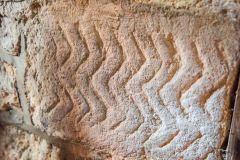 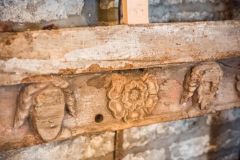