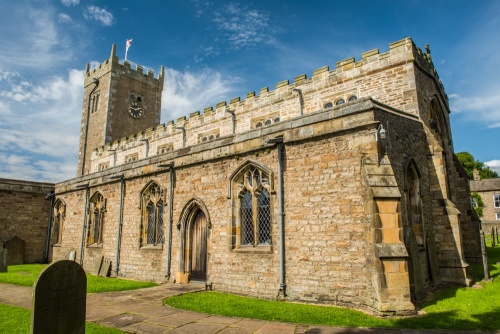 Askrigg is a lovely village in Wensleydale, in the heart of the Yorkshire Dales. The village is perhaps best-known today for its role as the setting for the popular All Creatures Great and Small television series, but there is another reason to visit Askrigg and that is the lovely 15th-century parish church, dedicated to St Oswald.

Local tradition says that there was a preaching cross at Kirk Close, on the eastern fringe of Askrigg, and there may have been a Saxon church close by.

There has been a church on this site since at least 1180. That first building was a chapel of ease under Aysgarth, the mother church for the region. 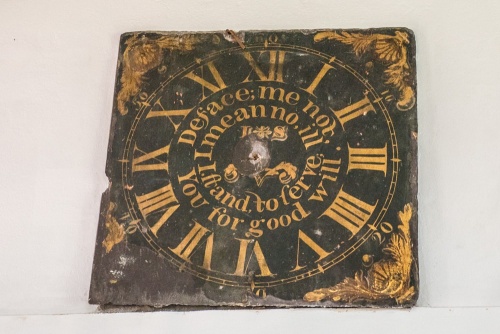 Perhaps it is the long link to Jervaulx Abbey that accounts for the scale of St Oswald's Church; it is easily the largest in Wensleydale and seems much too big for the quiet village of Askrigg today.

The church we see today was begun around 1446 and is an excellent example of the transition period between Early English and Perpendicular Gothic styles. The most interesting historical feature is the timber ceiling of the nave. 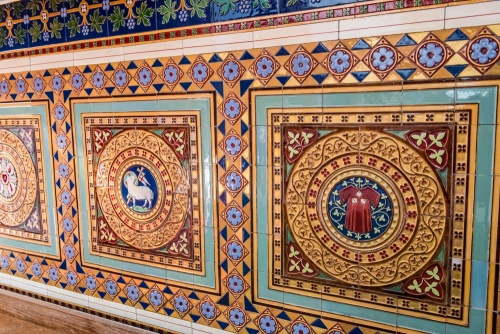 The reredos of Minton tiles

One curious feature is that the north aisle arcade has rounded piers but pointed arches. The rounded piers are a Norman feature while the pointed arches indicate a much later Gothic style. This oddity has led some historians to suggest that the pillars came from a chapel at Fors Abbey.

Near the south door is an octagonal font installed during a Victorian restoration in 1853. On the floor near the font is a medieval bowl, thought to have been a chimney pot. When we visited, it was being used to hold umbrellas.

Near the organ pipes in the south aisle is a much older medieval font dating to the late medieval period. You can see marks on the bowl from a locked lid installed to keep Holy Water safe.

In the south window near the font is a panel of 18th-century stained glass in the style of 15th-century German painting. 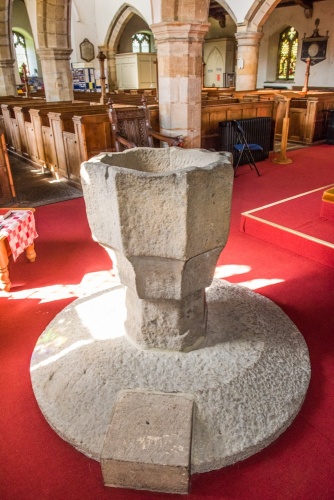 The walls of the aisles have some excellent 17th and 18th-century memorials. One that caught our eyes is an elegant tablet commemorating Sarah Killinghall, d. 1776. Another tablet commemorates John Pratt, who died in 1785. He is not buried in Askrigg, but in Newmarket, where he died. The epitaph says:

His unvarnished honor,
And his universal good Name
Will long survive
In the memory of all who knew him

Another memorial is in the form of a very simple circular tablet, commemorating Eliza Lamb (d 1812), the wife of Captain Edward Lamb. They had five sons, and at least four of them followed in their father's footsteps by choosing a naval career. All four were away at sea at the time of Eliza's death, and three of them were serving as Royal Navy officers. 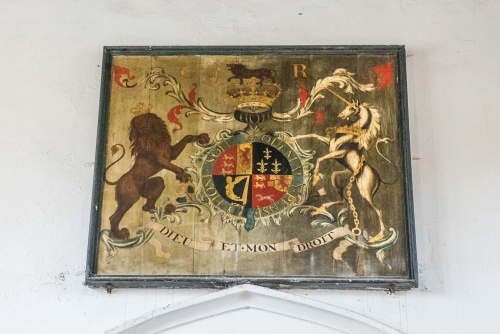 Perhaps the most impressive feature inside St Oswald's Church is one of the most recent; a richly decorated reredos of Minton tiles, installed in 1877. The reredos was the gift of the Askrigg solicitor George Winn and his wife, given in memory of their son George, who tragically drowned while crossing Aysgarth Ford in 1876. The reredos has colourful panels depicting the Ten Commandments, the Lord's Prayer, and the Apostles Creed.

One delightful oddity inside the church is an old clock face removed from the tower. The clock face is inscribed with the words:

On the wall is a very rustic royal coat of arms to George III.

St Oswald's Church is at the south end of Market Place at the junction of Station Road and Mill Lane. The church is normally open daylight hours and was open when we visited. 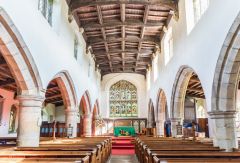 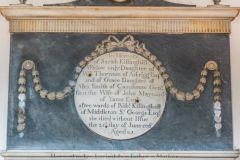 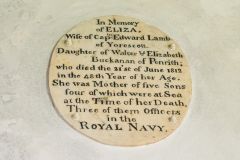 Self Catering near Askrigg