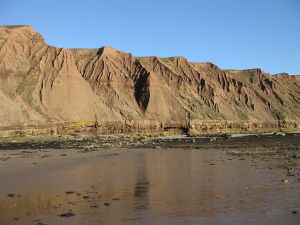 The coast at Filey

Filey is a seaside resort town in North Yorkshire. A long limestone reef called Filey Brigg juts out into the sea just to the north, and to the south long sandy beaches run down to the nature reserve at Flamborough Head. The geology of the area makes Filey a good place to find fossils.

There has been a settlement at Filey since at least the 8th century, and for much of that time, Filey was a small fishing village. The Victorian period transformed Filey to a bustling resort, due to its picturesque location and fine beaches. The first visitors arrived from Scarborough, drawn by the relative peace and quiet of what was simply a small coastal village.

The real transformation of Filey began in 1850 when a Birmingham solicitor named John Wilkes built The Crescent; a row of elegant townhouses. One resident of The Crescent was the composer Frederick Delius, who stayed here as a child and again as an adult.

The holiday theme continued in 1939 when Butlins built a holiday camp at Filey and for 4 decades the Butlins camp was a major employer and boon to the local economy.

Though most people come to Filey to relax on the sandy beach, those who fancy a more active time can take advantage of the Cleveland Way National Trail, which starts in Filey and meanders 110km to Helmsley, on the southwestern edge of the North York Moors. The Yorkshire Wolds trail also starts in Filey.

The parish church of St Oswald has stood on Church Hill since the 12th century. The chancel arch and several Romanesque windows survive from that medieval building, erected between 1180 and 1230. Much of what we see today is a result of a comprehensive restoration in 1869 by architect RG Smith.

There are some very finely carved medieval capitals on the nave arcade and a medieval sedilia with space for three church officials to sit during services. Look for 2 fascinating medieval carved figures in robes; there is no indication of who they might depict. Other historic features include a stone altar slab and very plainly carved Norman font. 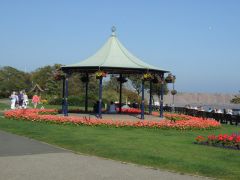 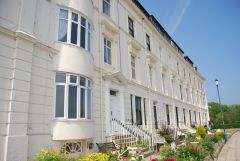 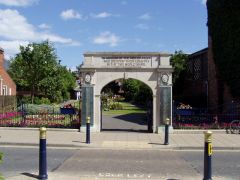 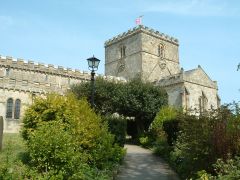 More self catering near Filey >>

More bed and breakfasts near Filey >>