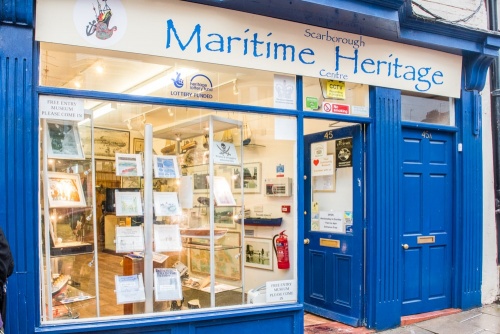 The Scarborough Maritime Heritage Centre's mission is to educate the public - both visitors and residents - about Scarborough's rich maritime heritage as an ancient port and as Britain's first seaside resort. The Centre focusses on Scarborough's history as a centre for fishing, shipbuilding, and relaxing by the sea.

The museum traces the heritage of Scarborough back to Roman times and follows the history of the seaside town through the Viking period, the Middle Ages, and up to the present day. 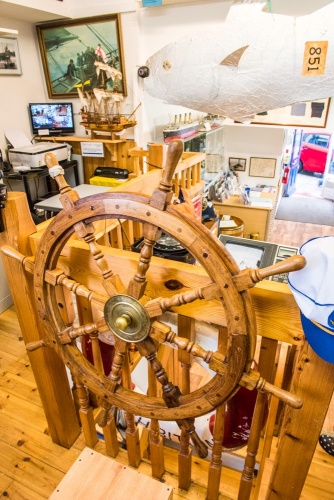 Take the helm inside the museum

The Centre crams a lot into a very small space. Though some of the exhibits change regularly, you can expect to find information on traditional ganseys (knitted woollen sweaters that provide protection for fishermen from the wind and rain), tunny fishing, the herring fishery, storms and local shipwrecks, the RNLI, pirates and smuggling, seagoing superstitions, the WWI bombing of Scarborough, U-boat shipwrecks, nautical maps and charts, and the arctic explorer Ernest Shackelton's connection to the area.

Learn about the Graham Sea Training School and the Royal Naval Patrol Service, Vice Admiral Sir John Lawson, local maritime artists, and Scarborough's links to the SS Titanic. The Centre has a growing archive including old photos, documents, and local seafarers' diaries. And, of course, a large selection of model ships and boats.

That's quite a lot to cram into a small space! 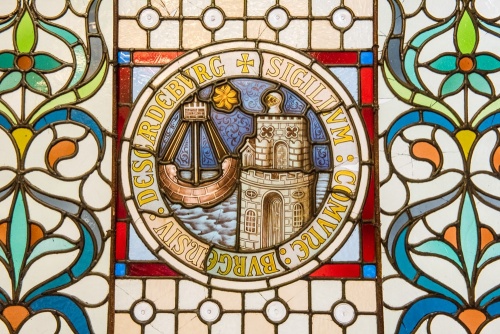 Learn how Scarborough became the first British seaside resort after natural mineral spa waters were discovered here in the 17th century and wealthy holidaymakers began flocking to the area to enjoy the spa waters and relax by the sea. The arrival of the railway in 1845 and the subsequent building of the Grand Hotel in 1867 cemented Scarborough's role as the quintessential seaside town.

Bluefin tuna (popularly known as 'tunny') drew big game fishermen to Scarborough in the 1930s and 40s. The largest tunny caught in Scarborough weighed in at a staggering 851 pounds (386kg). 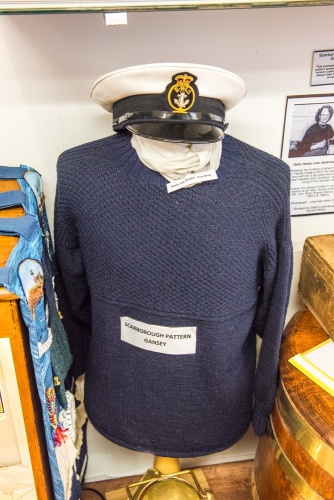 The exhibit on local ganseys (also known as guernseys) is fascinating. Each locality had its own distinctive knitting pattern. The pattern varied from village to village and sometimes from family to family. The patterns were much more than just decorative; they could help identify shipwrecked bodies that washed up on shore, so seamen lost at sea could be reunited with their families for burial. Scarborough ganseys were usually navy blue.

One section of the museum focusses on Scarborough at War, from the Civil War sieges of 1645 and 1648 to the First World War, when the town was bombarded by a pair of German battlecruisers, and WWII, when the threat came from airborne bombing raids.

Learn about Edward James Harland, who was born and raised in Scarborough and went on to build the Titanic and many other famous vessels as part of the Harland & Wolff partnership. Another Scarborough native, James Paul Moody, served as Sixth Officer on the Titanic and died when the ship sank in 1912, 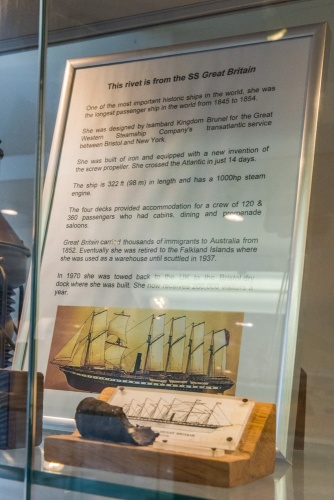 A rivet from the SS Great Britain

One unusual exhibit is an original rivet from the SS Great Britain. A landmark in naval history, the Great Britain was designed by Isambard Kingdom Brunel and was the longest passenger ship in the world from 1845-1854. Powered by a 1000bhp steam engine, the Great Britain could make the transatlantic crossing in just 14 days.

The Heritage Centre puts on a regular display during Scarborough's annual Seafest festival. 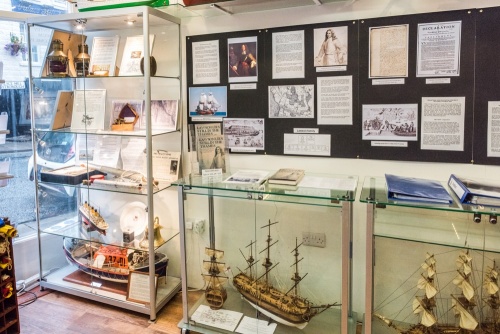 Model ship displays inside the museum

The Heritage Centre is located on Eastborough, just a stone's throw from Foreshore Road and Scarborough Harbour. There is no onsite parking but there are several pay and display parking areas within a short walk.