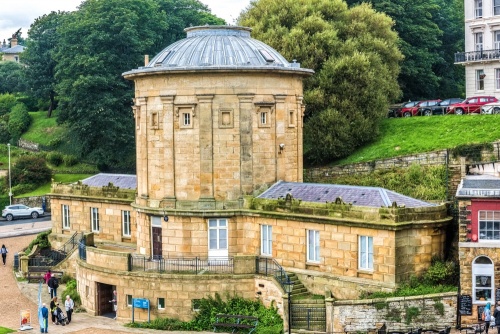 The Rotunda Museum in Scarborough is one of the oldest purpose-built museums in the world and is home to an outstanding collection of objects related to geology and the early history of the Scarborough area.

The museum collection is based around fossils and geological samples donated by William 'Strata' Smith, the 'Father of British Geology', who also suggested the design of the museum building.

The Rotunda was built in 1829 in the form of a large domed enclosure on a round base, with circular galleries beneath. The Georgian gallery is decorated with a frieze depicting the geology of the Scarborough coastline painted by Smith's nephew John Phillips. 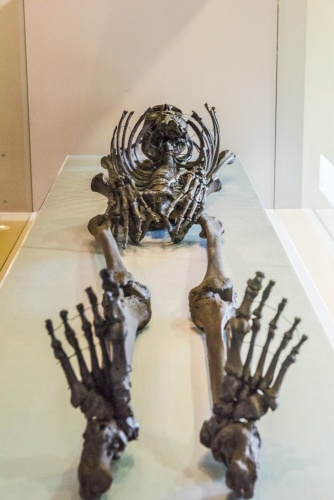 The museum was launched by the Scarborough Philosophical Society, and an exhibit tracing the museum's development is housed it its original 19th-century display cases. The museum holds some 5,500 fossils and over 3,000 mineral samples.

One of the fossils is the Speeton Plesiosaur, an unusual marine reptile that thrived in the Lower Cretaceous period. The Speeton Plesiosaur was discovered near Filey in 2001 by an amateur collector named Nigel Armstrong. The animal was first thought to have been an elasmosaur, a type of long-necked plesiosaur more commonly found in North America. Further study suggests that it may be a previously unknown 'missing link' in the evolutionary chain of plesiosaurs. 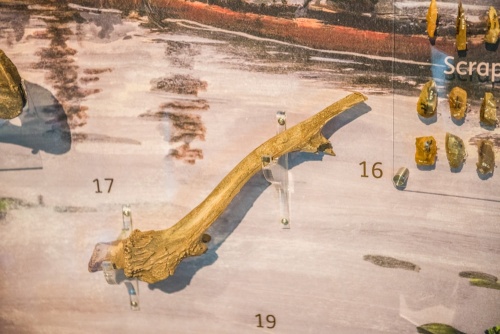 William Smith (1769-1839) was born in Churchill, Oxfordshire, the son of a blacksmith. He became fascinated by the fossilised 'poundstone' rocks he found in the fields near his home. He studied the rock layers that make up our earth, and is famous for a hand-coloured map depicting rock layers across Britain.

Smith also realised that rock layers occurred in a specific order and by studying fossils in each layer the strata could be accurately dated. Smith had a troubled personal life and spent time in debtor's prison. On his release from prison he came to the North Yorkshire coast, where he was able to study the rich Jurassic geology of the area.

Over the course of several years in the Scarborough area, Smith collected a huge number of fossils, and he donated many of his finest specimens to the Rotunda Museum. You can learn more about Scarborough's Jurassic past in a special exhibit called 'Scarborough's Lost Dinosaurs'. 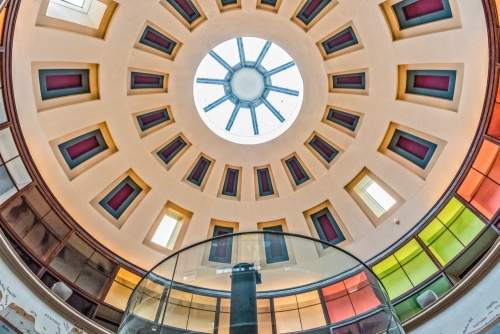 Looking up at the Rotunda's dome

Other ancient finds come from Star Carr, one of the best Mesolithic sites in Europe, including objects made of bone, flint, and antler. Perhaps the most intriguing object from Star Carr is a headdress made from the skull of a red deer. It obviously had a ceremonial purpose but exactly what that purpose was we don't know.

The exhibit includes the full skeleton of Gristhorpe Man, the scooped-out tree-trunk coffin, and grave goods including a dagger blade and pommel, a wicker basket, a flint knife, flint arrowheads, and fragments of an animal-skin cloak. 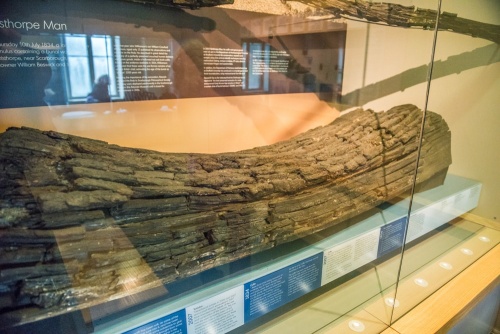 There is an interesting display of 'Scarborough ware' pottery, including a 12th-century water jug in the shape of a ram. It was probably used for washing hands at the dinner table in the days before forks became common.

One exhibit looks at prominent natives of Scarborough. One of these was Dr William Harland, who invented a steam-driven carriage. When Dr Harland's teeth decayed he carved a set of false teeth for himself from the teeth of a hippopotamus.

The Rotunda building is just as interesting to explore as the exhibits it holds. The spacious dome and the original 19th-century fittings add so much to the ambience and atmosphere, making a visit to the museum truly memorable. 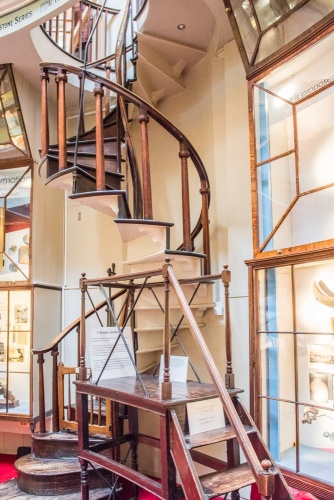 The museum is located on Vernon Road, not far from the Art Gallery and a stone's throw from the southern end of the beach. The closest parking is the Palm Court Hotel pay & display on Falconers Road.

Our family had a wonderful time visiting the Rotunda Museum, even though it was a pretty dismal day. 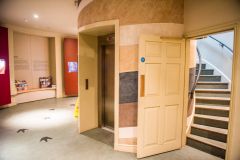 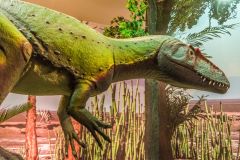 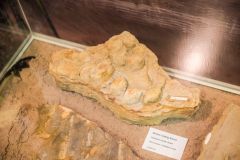 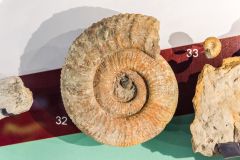 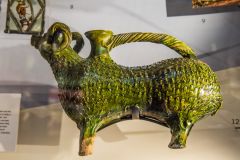 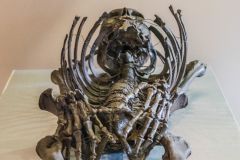 More self catering near Rotunda Museum