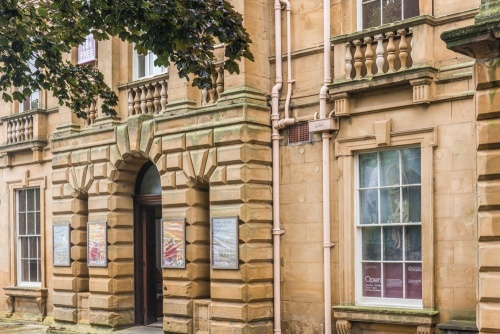 The Scarborough Art Gallery is home to the Borough's collection of fine art. The Gallery is housed in a beautiful Grade II* listed Italianate villa built in the 1840s. The collection focusses on art by local artists and works depicting Scarborough scenes.

In the late 1840s, a wealthy solicitor named John Uppleby built an ornate Italianate villa called Crescent House on the south side of Crescent Gardens, a short walk from the beach and the newly-opened Rotunda Museum. At that time Crescent Gardens was being developed as a fashionable area, and Uppleby shared the space with several lovely townhouses and mansions of the well-to-do. 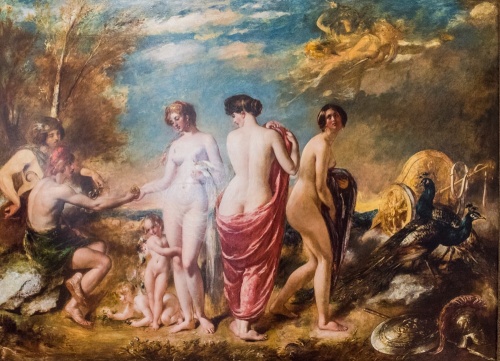 'The Choice of Paris' by William Etty

The villa stands two storeys high and is faced with ashlar and boasts a symmetrical front with a series of balconette windows. A west wing was added in the 1850s. The entrance hall rises the full height of the building to a first-floor gallery wit a cast iron railing.

The Scarborough Borough Council bought Crescent House in 1942 and transformed it into a public art gallery that opened its doors in 1947.

A stone's throw away stands Woodend, a Grade II* listed building built by the Sitwell family around 1835 that once housed the Natural History Museum.

The gallery has a mix of permanent and temporary exhibits. The permanent collection includes works by such popular artists as Frederic, Lord Leighton (see Leighton House Museum, London), William Etty, HB Carter, Atkinson Grimshaw, Ernest Dade, and Frank Mason. Many of the paintings depict Scarborough at the height of its popularity as a seaside resort and spa town, with seascapes and local views. 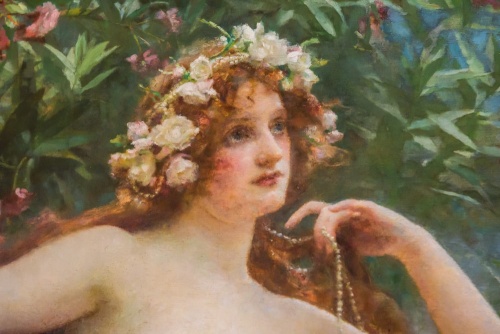 'Roses of Youth' by Henrietta Rae

The artwork shows how Scarborough developed as the quintessential English seaside resort, and how the town changed after the coming of the railway made it a 'must-see' destination for holidaymakers.

Not all the art depicts Scarborough scenes - one painting that caught our eye was a classical allegory by William Etty (1787-1849) based on 'The Choice of Paris', showing the mortal Paris selecting Aphrodite as the most beautiful goddess over her rivals Hera and Athena. Etty was not a Scarborough native but he was born and died in York.

Another painting that we noticed was a copy of a self-portrait by Lord Leighton, who was born in Scarborough in 1830. Lord Leighton was a painter, sculptor, and draughtsman known for his depiction of classical, historical, and Biblical subjects. He also has the dubious distinction of holding the shortest peerage in history; he was created a baron on 24 January 1896, the day before his death. 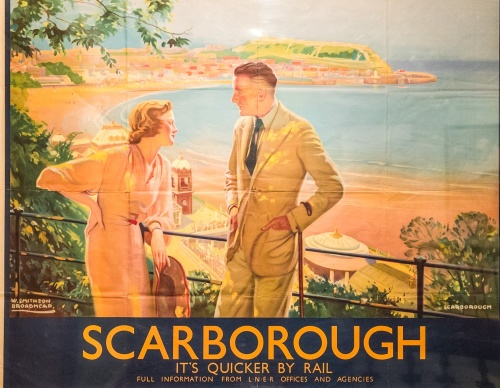 Temporary exhibits trace the history of Scarborough through art. One recent exhibit looked at the WWI bombardment of the town by a pair of German battlecruisers. The bombardment was the first real attack on British soil by a foreign power in 800 years and you can follow the course of the conflict and its impact on Scarborough and on Britain as a whole through art.

Many of the paintings in the permanent collection were donated by an art collector named Tom Laughton. Laughton collected works from the 17th to the 19th century, including works by such well-known artists as Richard Cosway, Francis Nicholson and John Atkinson Grimshaw.

The Art Gallery is home to a permanent archive by the Printmakers Council, and you can see regular exhibitions of work by contemporary print artists. When our family visited there was a wonderful exhibit of historical railway posters promoting Scarborough as a destination for holidaymakers.

In addition to the painting and print collections, the Art Gallery also has a number of sculptures and examples of decorative artwork. The collection includes 18th-century furniture, longcase clocks and several pieces of Leeds Creamware. 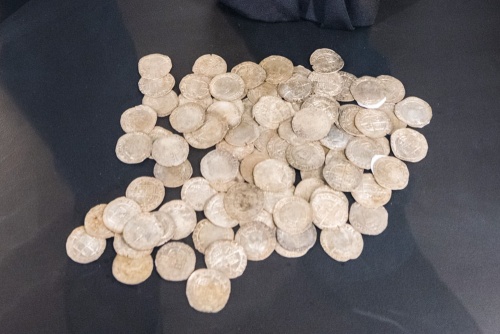 One unusual exhibit that you might not expect to see in an art gallery is the St Thomas Street Hoard, a collection of 240 silver coins found during construction work in 1960. The coins, a collection of groats and half groats, date to the period 1544-1551 (during the reigns of Henry VIII and Edward VI). The silver coins were found in a jar by workmen digging a trench for an electricity cable at 57 St Thomas Street.

It is a wonderful experience to see local art displayed in the beautiful setting of Crescent House. The Gallery is free to visit.

The Art Gallery is well signposted. It is on The Crescent, just uphill from the rotunda Museum and a very short stroll to the southern end of South Sands beach. There is no dedicated parking but there is a pay and display parking area off Falconers Road just a few hundred yards away. 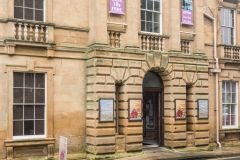 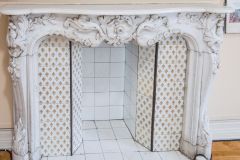 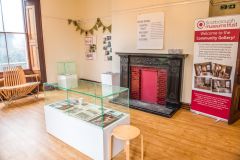 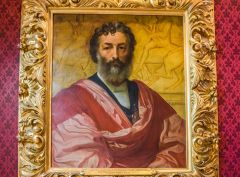 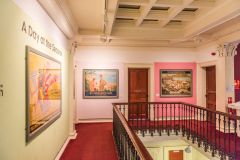