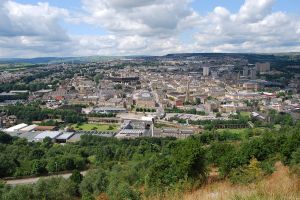 Halifax is a large town in West Yorkshire. The town built its prosperity as a centre of the textile industry. Few historic buildings remain; among those that do are the Shibden Hall, a medieval half-timbered house.

The origins of Halifax are a mix of history and myth invented by antiquarian writers. History suggests that the town was based around a meadow, or perhaps a grassy area. Myth, always more vividly enjoyable if not more accurate, suggests that the name Halifax comes from 'holy hair' and refers to a maiden who was killed by a priest when she repulsed his advances. Another legend says that John the Baptist's head is buried here, and the town's coat of arms incorporates a likeness of the saint.

The town was not mentioned in the Domesday Book, but there was a sizeable settlement here by the 12th century. The town church, usually called Halifax Minster, was built at this time. The most famous figure associated with the church was William Herschel, who served as the first organist in 1766. Herschel is best known for his astronomical research and is credited with discovering the planet Uranus.

Halifax built its prosperity on weaving and the textile trade. It was a major centre for wool, cotton, and carpet manufacture, and had a large number of weaving mills during the Industrial Revolution of the 19th century. Most of the mills are now either destroyed or have been put to other purposes.

At the south-western edge of Halifax is Wainhouse Tower, which rises to 275 feet with a staircase up the centre. The Tower is probably the tallest folly in the world and was built between 1871-1875. It is composed of an octagonal shaft atop a square base, with 403 steps leading to a pair of viewing platforms. The Tower served two purposes; it acted as a chimney to carry smoke from the dye works owned by John Wainhouse, and it also served to irk Wainhouse's neighbour, Sir Henry Edwards.

Edwards boasted to Wainhouse that he had the most private estate in Halifax and that no one could disturb his privacy. The height of the tower meant that Wainhouse could look into his neighbour's estate, putting the lie to Edwards' claim to privacy. Wainhouse sold the mill before the tower was completed, but kept the tower for himself and used it as an observatory when it was finally finished.

The Victorian town hall was built by Sir Charles Barry, the architect of the Houses of Parliament in London. Barry was initially asked to judge entries for the design competition, but he did not approve of any of the designs and asked to submit his own. His design was accepted, but Barry died in 1860 and it was finished by his son, Edward Barry.

The Town Hall was opened by HRH the Prince of Wales, later Edward VII. It has been judged among the 10 most spectacular town halls in Britain by Architecture Today magazine and is open to the public by prior arrangement for group tours. 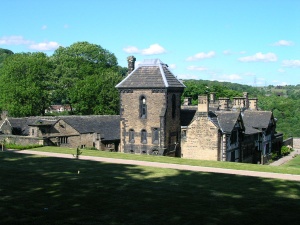 Also of note is Bankfield Museum, which is housed in an Italianate mansion built by a 19th-century mill owner. The house was built around 1800 but enlarged by Edward Akroyd from 1848. Akroyd was an MP and needed a house where he could entertain important visitors, and at Bankfield he created an Italianate mansion complete with a pair of loggias, with its own chapel.

Akroyd also created the model village of Akroydon, with terraced houses in Gothic style, a public park, church, stables, cooperative shop, and church. Akroyd sold Bankfield to the town of Halifax in 1887 and it became a museum and library.

The museum collections include the Duke of Wellington's Regimental Museum, tracing the history of the Regiment from 1702 to the present day. The house is both a fine museum of local heritage and an excellent example of a 19th century stately home in its own right, with luxurious marble fireplaces and sculptured ceilings.

The Hall was built in 1420, probably by William Otes. The medieval; building was remodelled several times, and now boasts a Tudor timber-framed facade. The wealthy Lister family owned Shibden Hall for 3 centuries, from 1615-1926, and it was the Listers who created a Gothic tower to house a library and designed the park that surrounds the house, complete with a boating lake, terraced formal gardens, and waterfalls.

The Lister family gave the Hall; and gardens to the town of Halifax, which opened the estate as a public park in 1926 and the Hall as a public museum in 1934. The west Yorkshire Folk Museum is housed in old estate buildings.

This exceptional example of industrial heritage began as a market place for woollen handloom weavers. It opened in 1779 with over 300 rooms where weavers could display their goods. The growth of industrial weaving factories meant that the days of handloom weaving were numbered, and in 1815 the rules were changed to allow cotton goods to be sold. In recent years the Hall has been used to house retail outlets, the tourist information centre, and an art gallery. 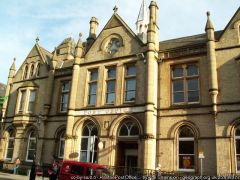 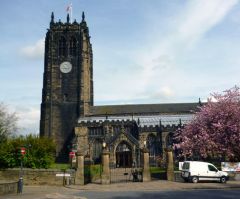 More self catering near Halifax >>

More bed and breakfasts near Halifax >>