HERITAGE HIGHLIGHTS:   The museum building itself is a stunning Victorian mansion 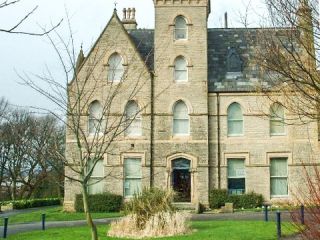 Bagshaw Museum
Located in a picturesque park setting, the Bagshaw Museum houses exhibitions of local social history, and objects from Egypt, Asia and Africa, as well as displays of taxidermy.

Permanent exhibits include a South Asia gallery, an Egyptology display that recreates the interior of an historic tomb, and a gallery displaying decorative arts from the Orient. Look for a display on the life of local scientist Joseph Priestly, known for his role in identifying oxygen.

The museum is set in a Victorian Gothic house built for mill owner George Sheard in 1875. The house cost £25,000 to complete; a staggering figure for the time. In 1909 the Batley Corporation purchased the house at auction for a token £5.

Local businessman Walter Bagshaw created a one-room museum inside the decaying mansion, then in 1911 it opened to the public as the Wilton Park Museum, with 3 rooms of exhibits. The museum was renamed in Bagshaw's honour after his death in 1927.

The mansion interiors are as much an attraction here as the actual museum displays; polished wood panelling covers the walls, the original painted shutters cover the Drawing Room windows, while a gilded ceiling looks down from above.

The exhibition cases have been made to reflect the Victorian Gothic decor, and Bagshaw family portraits hang upon the walls. There is a picture gallery housed in the former billiard room, decorated with a painted frieze and still featuring a pair of ornate, original fireplaces.

Surrounding the museum are 36 acres of park and ancient woodland, with attractive walking trails to enjoy.

More self catering near Bagshaw Museum >>