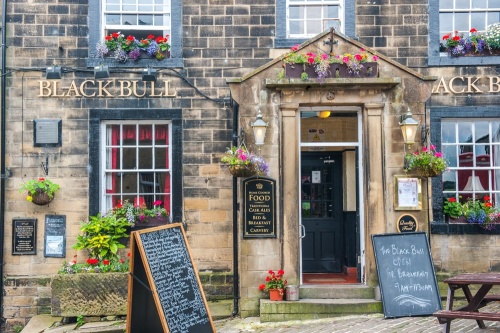 A historic village near Bradford, Haworth is famous for its association with the Bronte sisters, who wrote most of their most popular works while resident here. The Bronte family came to The Parsonage here in 1820, and the house is maintained as a museum.

Patrick Bronte served Haworth until 1861, longer than any other incumbent. By that time his entire family had died, all but Ann buried in a vault beneath the current church. The Bronte Parsonage Museum tells the story of this remarkable family and their lives.

You can get a different kind of glimpse into the Bronte's family life with a visit to the Black Bull pub. It was here that Branwell Bronte was said to have begun his desperate journey into alcoholism and opium addiction that resulted in his tragically early death.

Beside the Parsonage is St Michael and All Angels church. This is the third building on the site. The first was Haworth Chapel, built in the 14th century, sometime around 1317. A new chapel was built in 1488, but only fragments of this medieval building survive. 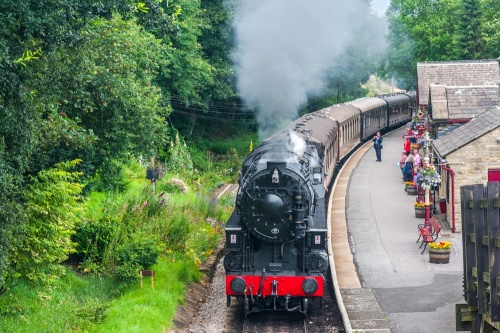 A steam locomotive in action on the KWVR at Haworth

Before the Brontes came to Haworth the most famous curate was William Grimshaw, who served St Michaels from 1748. Grimshaw was a friend of John Wesley and was famous for his frequent and very long sermons. He was known to invade pubs in the village and use a whip to 'encourage' his parishioners to quit their drinking and come to a sermon.

Whatever his methods, Grimshaw was so successful that the church needed to be enlarged to hold all the people attending services.

The Brontes would scarcely recognise St Michael's today; it was rebuilt completely from 1879. Part of the medieval building is incorporated into the tower.

For getting out and about there is the Keighley and Worth Valley Railway, or KWVR, a restored steam railway, and the 40 mile Bronte Way connects places associated with the Bronte family.

The Haworth rail station is part of the Keighley and Worth line, running 5 miles through the beautiful countryside of the Worth Valley between Keighley and Oxenhope. The rail service at Haworth came about as a direct result of the Bronte sisters' popularity. In 1861 an engineer named John McLandsborough visited the village to pay homage to the memory of the sisters.

When he found there was no rail station he immediately proposed extending the Keighley line to Oxenhope, serving several mills in the area. Regular service began in 1867 and was closed by British Rail in 1962. The KWVR reopened as a heritage railway run by a preservation society. It now draws over 50,000 visitors each year and is one of the main tourist attractions in the Keighley and Haworth area. 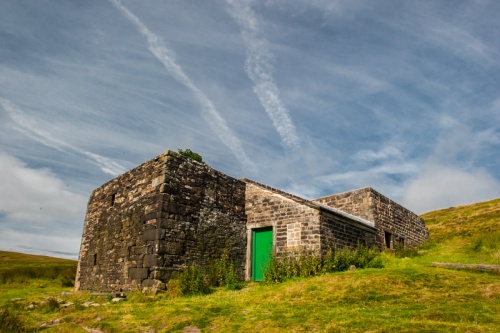 The Bronte Way long distance footpath runs 43 miles and links places connected to the Bronte sisters and their novels. It starts at Oakwell Hall, near Birstall (the model for Fieldhead in Charlotte Bronte's novel "Shirley"), and ends at Gawthorpe Hall near Burnley.

The trail runs through Haworth and offers a wonderfully scenic walk to the deserted moorland farmhouse of Top Withens, said to be the inspiration for the Earnshaw's house in Wuthering Heights.

The walk begins on Cemetary Road in Haworth and leads east along the South Dean Beck to Bronte Bridge, a restored stone clapper bridge across the stream. The bridge is not original; the bridge that the Bronte's would have known was washed away in a flash flood in 1989, but it has been restored by the Bronte Society. From the Bridge, a popular picnic place, the trail rises up onto the moors, and 3.5 miles after leaving Haworth you come to the roofless ruins of Top Withens.

Though the farmhouse itself is built to a different plan than described by Emily Bronte in Wuthering Heights, the remote and starkly beautiful location very possibly inspired her story. Our family has taken the walk and can highly recommend it if you have the time. You can simply walk out from Haworth and back or turn it into a circular walk by joining the Pennine Way on the way back and returning via Stanbury village. 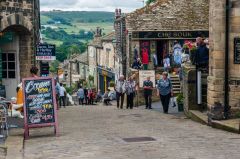 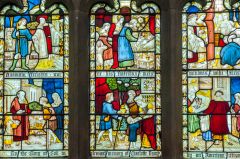 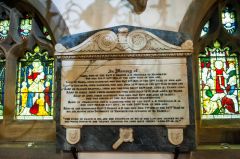 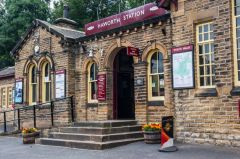 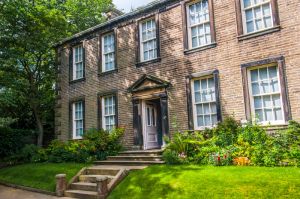 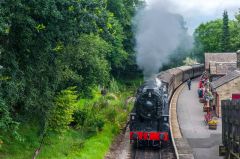 More self catering near Haworth >>

More bed and breakfasts near Haworth >>