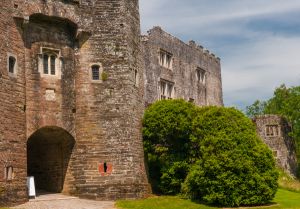 The secluded village of Berry Pomeroy stands just east of Totnes and boasts the impressive ruins of a castle built in the 13th century. In the 16th century, an attempt was made to transform the castle into a mansion, but this was never completed, leaving the castle a mix of medieval fortress and Jacobean mansion house.

The Pomeroy family began the castle in the 13th century and extended it over the next century. The castle stands above a steep gorge in a heavily wooded area, yet one side of the site is cleared, offering excellent views towards Dartmoor. In 1547 the Seymour family acquired the estate and attempted to turn the medieval castle into an impressive and much more comfortable mansion. The plans were never completed, and even by the 19th century, it was considered a romantic ruin.

Berry Pomeroy Castle is said to be one of the most haunted places in England; the spectre of Lady Margaret Pomeroy, who was starved to death in the dungeons by her own sister, is said to haunt the ruins and lure unsuspecting visitors to the tower where they will fall to their deaths.

The Perpendicular Gothic church of St Mary contains an interesting medieval rood screen and memorials to the Pomeroy and Seymour families. The rood screen stretches 42 feet and retains its original 15th-century cornice and coving.

There are also several notable 15th-century stained glass panels in the windows. During the buildup to D-Day in WWII American troops were stationed in a tent village opposite the church, and there is a display on the wartime events inside the church.

Just outside the village is Longcombe, where William of Orange held his first Parliament after he landed in England at the onset of the Glorious Revolution in 1688.

The village forms part of the Duke of Somerset's estates and is within the South Devon Area of Outstanding Natural Beauty (AONB). 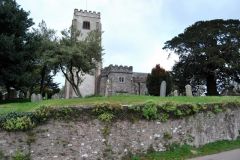 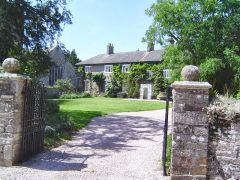 More self catering near Berry Pomeroy >>