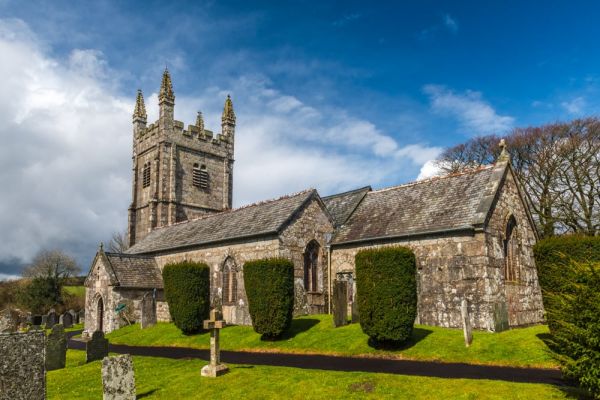 The ancient church of St Petrock in Lydford, Devon stands almost in the shadow of neighbouring Lydford Castle. The church we see today dates to the early 13th century though there may have been a much earlier church on the site, perhaps founded by St Petrock (alternative spelling Petroc) himself during his 6th-century perambulations around Cornwall and Devon.

It seems likely that there was a timber church on this site as early as AD 650. That church was burned by Viking raiders in AD 997. It was rebuilt by the Normans, then enlarged in its current form in the early 13th century. A tower and south aisle were added in 1450. The first written record dates to 1237, but the church was only dedicated in 1261. 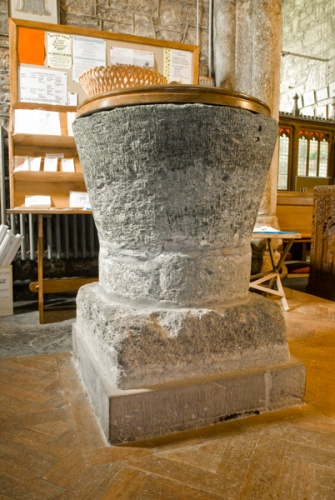 There is a hagioscope (squint) dating to the 15th century. Another early medieval feature is a 13th-century piscina in the chapel.

Many of the fittings date to the 18th century when the Rev. T Burnaford had the medieval furnishings removed and replaced with pews, a west gallery, reading desk and pulpit in Georgian style. Rev Burnaford also installed Ten Commandment tablets and a royal coat of arms to George II. 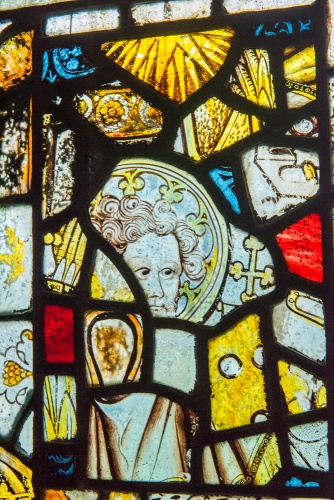 The ornately carved screen is 19th century and was a gift to the church of the Misses Pinwell of Ermington. The carving is exceptional, and so are the beautifully crafted pew ends, carved in the same period.

Though St Petroc's church has many historical highlights, there is one feature above all others that draws visitors. It is the gravestone of George Routleigh, a watchmaker from Launceston who died in 1802. Routleigh's grave is outside the south wall, but the gravestone is now mounted inside the church to protect it from weathering.

The gravestone is carved with a long and humorous epitaph comparing Routleigh's life to various parts of a watch. The epitaph appears to have been 'borrowed' from one published a few years earlier in an American almanac. 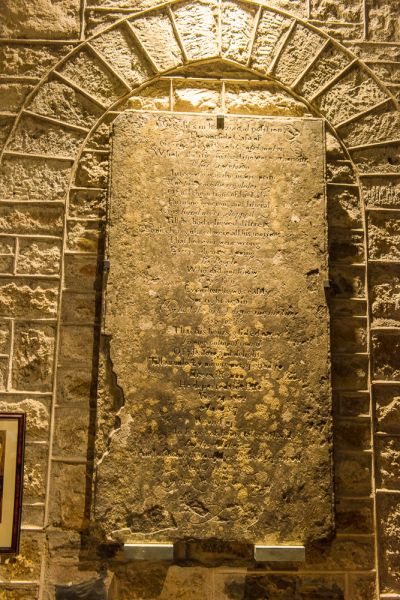 Here lies in horizontal position
The outside case of George Routleigh, Watchmaker
Whose abilities in that line were an honour
To his profession
Integrity was his mainspring,
And prudence the regulator
Of all the actions of his life.
Humage, generous and liberal
His hand never stopped
Till he had relieved distress.
So nicely regulated were all his motions
That he never went wrong
Except when set agoing
By people
Who did not know
His key.
Even then he was easily
Set right again.
He had the art of disposing his time
So well
That his hours glided away
In one continual round
Of pleasure and delight
Till an unlucky minute put a period to
His existence.
He departed this life
Nov. 14th 1802
Aged 57
Wound up
In the hopes of being
By his Maker
And of being thoroughly cleaned, repaired
And set agoing
In the world to come. 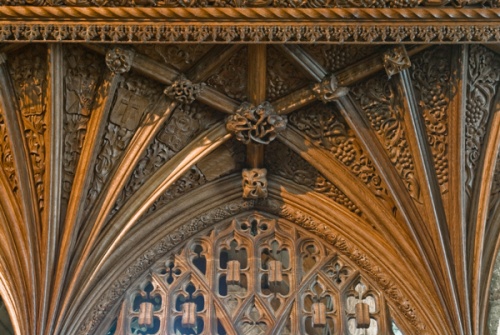 Artist JMW Turner sketched the church and castle in 1814.

Behind the churchyard are the ruins of an early Norman fort that predates Lydford Castle. The castle itself is immediately north of the churchyard.

Lydford is on a minor road off the A386 north of Mary Tavy. There is a village car park on the east side of the road and a very short walk to the castle, church, and Norman fort. The church is located just south of the castle. 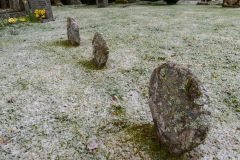 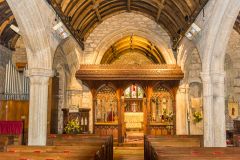 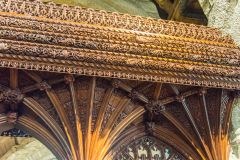 Self Catering near Lydford