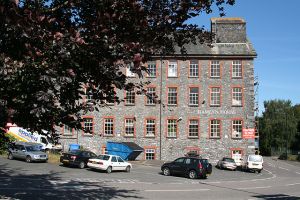 Buckfastleigh is a pleasant old market town on the southeastern edge of Dartmoor National Park. A peculiar mausoleum in the churchyard is the burial place of Richard Cabell (d 1677) rumoured by locals to be in league with the devil. The tales about Cabell inspired Sir Arthur Conan Doyle's story, 'The Hound of the Baskervilles'.

Buckfastleigh grew up at the confluence of a pair of streams running down off Dartmoor to join the River Dart. Throughout its history, the town has been a centre for woollen production, with several mills working to produce woollen goods. The nearby rivers also supported tanning, and powered paper and corn mills.

The town grew up in the medieval period, later than the abbey at Buckfast, established in 1018. Very little survives from the medieval period; most of the town centre dates from the late 18th century onwards. One of the most iconic buildings is Hamlyn House, built by the wealthy Hamlyn family of mill owners. The Hamlyns were great local benefactors and helped build the Town Hall in 1887.

Holy Trinity was a lovely medieval church with excellent views over Dartmoor, I say 'was' because in 1992 the core of the building burned to the ground, leaving only the west tower with its striking spire still standing.

No one knows quite what caused the fire, but local rumour casts some blame on possible satanic practices in the churchyard. It seems hard to reconcile that with the peaceful location. The churchyard is still in use as a burial ground and occasional services are held in the ruins.

This picturesque traditional pub closed its doors in the 1960s, and when it did, everything was left exactly as it was. Everything, down to the last detail, with money still in the till and unfinished drinks in their glasses. The pub has now been transformed into a museum, showing exactly what pubs were like over 50 years ago. It is like stepping back in time and offers a fascinating glimpse into the recent past.

To the west of Buckfastleigh stands Brook manor house, built in 1656 for Richard Cabell. Cabell must have bee an interesting character in life, for after he died a legend sprang up that on the night he died a pack of black hounds appeared on Dartmoor, breathing fire and smoke. The hounds encircled the manor house, howling dreadfully.

The legend goes on to say the Cabell's odd tomb in Holy Trinity churchyard was designed to prevent his spirit from wandering over Dartmoor. Author Sir Arthur Conan Doyle used the tales as the basis for his Hound of the Baskervilles story, though he did not model Baskerville Hall after Brook Hall, but after another stately home in Norfolk.

This popular heritage railway runs from Buckfastleigh to Totnes, for most of its route following the course of the River Dart. The line is powered by a mix of steam and diesel locomotives, hauling late 19th century carriages. 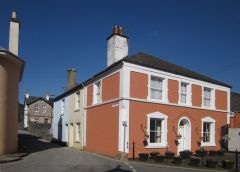 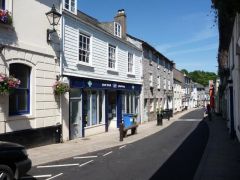 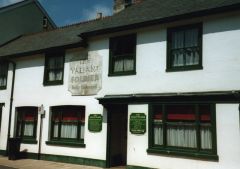 More self catering near Buckfastleigh >>

More bed and breakfasts near Buckfastleigh >>