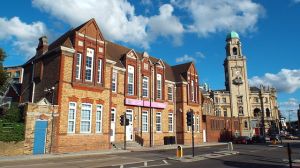 A historic port town on the Medway River in eastern Kent, Chatham grew up around a naval dockyard. The dockyard was established by Elizabeth I in 1568 and closed in 1984. It is today one of the most popular visitor attractions in south-east England.

Over the years a number of forts were built to protect the docks, including Upnor Castle (across the river), Fort Amherst, and Fort Pitt. Charles Dickens lived in Chatham as a child and featured it in several of his books.

Easily the most popular historic attraction in the Chatham area, the Dockyards are built around a remarkable collection of historic buildings dating to the 17th century. See a Victorian rope works still used for manufacturing naval rope. Board a historic submarine, 19th-century sailing ship, and see the huge sheds where boats were made and repaired for centuries.

Chatham's Old Town Hall houses the Brook Theatre, an arts centre for dance, theatre, music, exhibitions, and art workshops. The Hall was built in 1899 to a design by GE Bond in a Renaissance style.

The town dates back to at least the 9th century, and it was mentioned in the Domesday Book of 1086. The location suggests a much older origin, however, for Chatham stands on an ancient Celtic trackway later paved and reused by the Romans to create Watling Street.

There was little more than a small village here until the 16th century when warships began to take advantage of the sheltered moorings off Gillingham. Elizabeth I decided to create a dockyard to service the fleet, and the Royal Nava;l Dockyards at Chatham were born.

The dockyards were initially only used for refitting vessels but later expanded to become a centre for shipbuilding. The dockyards needed to be defended, and Fort Amhurst was begun in 1756. Late fortifications were added to protect from attack by land. Fort Pitt was added in 1806, and a third ring of forts from 1859.

All the extra military presence at Chatham led to a huge increase in the population. The centre of Chatham is now filled with Victorian houses and public buildings, the result of the naval presence in Chatham that really only died down when the dockyards closed.

Local landmarks - aside from the Royal Naval dockyards - include the Naval Memorial on Great Lines, between Chatham and neighbouring Gillingham.

Author Charles Dickens grew up in Chatham, and in later years he described that period as the happiest period of his childhood. He returned to Chatham much later in life and purchased a house at Gad's Hill. He incorporated many local scenes in his novels. 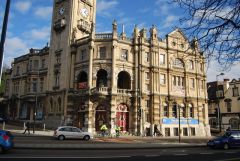 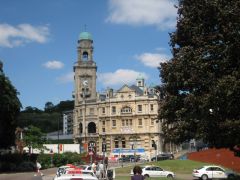 More self catering near Chatham >>

More bed and breakfasts near Chatham >>