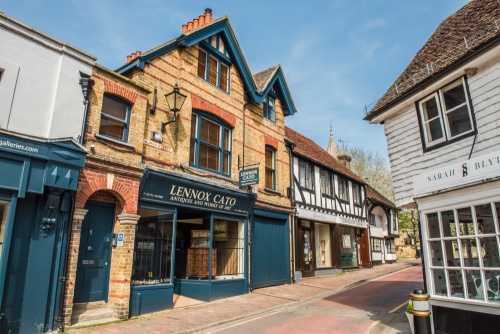 Edenbridge is a pretty market town on the River Eden, on the border of Kent and Surrey. The name comes from Old English meaning Eadhelm's Bridge. The town grew up along the route of an old Roman road between London and Lewes.

Edenbridge was a centre for leather-making, as well as sheep and cattle rearing. Then in the Tudor period, it was a busy centre for iron-smelting. The Tudor period lives on in a large number of attractive timber-framed buildings, including the one housing the Eden Valley Museum.

The 12th-century parish church of St Peter and St Paul is Early English and boasts some fine memorials and stained glass by Edward Burne-Jones. The history of the church goes back to at least 1120 AD when the citizens of Edenbridge were required to pay a tax for it.

The Norman church probably replaced an earlier Saxon building on the same site. The church was remodelled several times in the 14th and 15th centuries so that today it is a pastiche of historic architecture from several time periods. 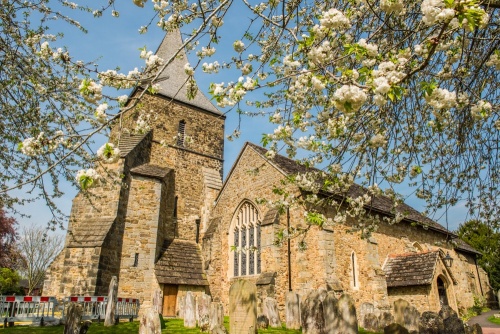 The striking clock has only one hand and was bought from the Church of St George the Martyr in Southwark in 1795. It is thought to be one of the oldest clocks in Kent. There is a Norman font, discovered during repairs in the 19th century.

The cover is 15th century, as is the nave roof. Look for the Elizabethan memorial to the Seyliard family and a 16th century brass to the same family. The pulpit dates to 1630 and the east windows were designed by Edward Burne-Jones.

There are a large number of medieval half-timbered buildings in the town, and some attractive 16th and 17th-century houses as well. On High Street is the Eden Valley Museum, occupying a complex of historic buildings. The museum has a wealth of information on life in the Eden Valley area over the last few centuries. 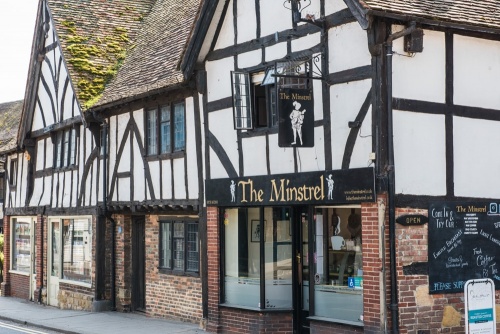 One of the most interesting museum exhibits is the Chiddingstone Hoard, 10 Iron Age gold coins found by a metal detectorist in Chiddingstone parish. The coins were minted around 60 BC in northern Gaul by the Ambiani tribe. The Ambiani minted coins like this to serve as gifts for mercenaries and military allies in their struggle against the Romans. Gaulish soldiers settled in Kent after the war, and the coins may have been used as gifts to local tribal leaders or as marriage gifts.

Just outside Edenbridge is historic Hever Castle, the childhood home of Anne Boleyn, Henry VIII's second wife. Also nearby is the 17th-century manor of Squerryes Court. 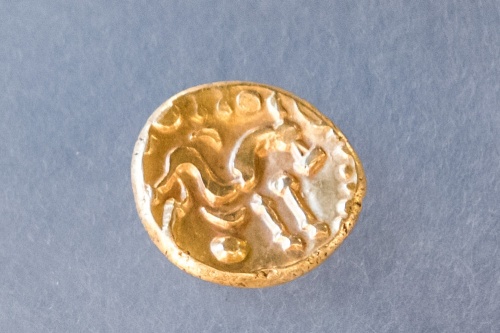 1st century BC gold coin from the Chiddingstone Hoard 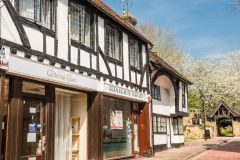 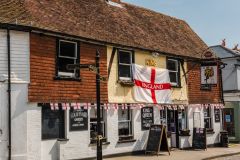 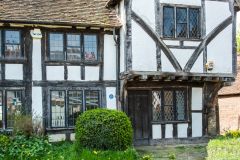 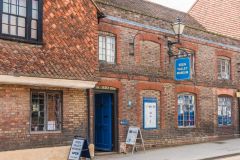 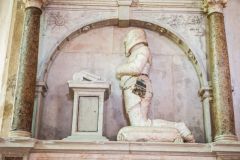 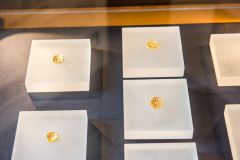 More self catering near Edenbridge >>

More bed and breakfasts near Edenbridge >>