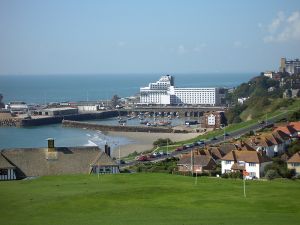 Folkestone harbour from the golf course

Folkestone is a resort town in south-east Kent, known today for the Channel Tunnel, but formerly a popular seaside destination for holidaymakers. The older part of town is a lovely mix of Georgian buildings, cobbled streets, and a long, sweeping promenade along the seafront.

A famous native of Folkestone was William Harvey, the medical pioneer who first described the circulation of the blood. Harvey's father was a jurat and later mayor of Folkestone, and young William was educated here before going on to Kings School in Canterbury and then to Cambridge University. Harvey's mother is buried in the parish church of Saint Mary and St Eanswythe, which dates to at least the 13th century.

The church is named for Eanswythe, the 7th-century daughter of King Eadbald of Kent. Eanswythe refused to marry, and in AD 630 she founded a nunnery at Folkestone, near the site of her father's royal castle. The nunnery stood somewhere in The Bayle area, near the current church dedicated to St Mary and Eanswythe herself.

Eanswythe was made a saint soon after her death in AD 640 - family connections certainly helped speed up the process of canonisation! In the 12th century, her relics were reburied in the chancel of the medieval church, and the site of her grave became a destination for pilgrims. So popular did Eanswythe become that she was made the town's patron saint.

The saint's relics were hidden at the Dissolution of the monasteries to protect them from Henry VIII's commissioners. Then in 1885 workmen undertaking repairs to the area of the high altar unearthed a lead casket hidden in the north wall. The casket most certainly dates to the Saxon period and held bone fragments of a woman in her 30s.

Were these the bones of Folkestone's saint? The casket was put on display in the chancel, and are revered today as those of Eanswythe, though of course, we cannot be certain that they are actually Eanswythe's remains.

In the 13th century, Folkestone joined other major port towns along the south coast as part of the Cinque Ports, and the status led the town to a period of great prosperity and trading wealth. Despite this ancient status, Folkestone remained a small town, with an economy based mostly on fishing.

Even the development of Folkestone harbour by the famous engineer Thomas Telford in 1809 did not bring any great growth. It was the coming of the railway that turned Folkestone into a busy destination for holidaymakers.

Much of the town's architecture comes from the Victorian era, when the town developed as a popular resort, with seaside entertainment and promenades. One public space surviving from this period is the Kingsnorth Garden and there is a Victorian bandstand at Leas Cliff. 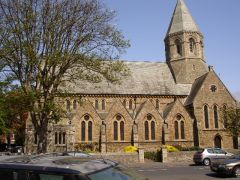 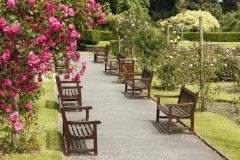 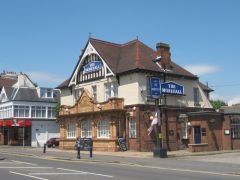 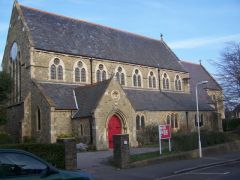 More self catering near Folkestone >>

More bed and breakfasts near Folkestone >> 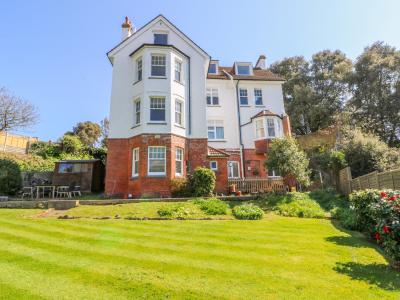 This top-floor apartment rests within the town of Folkestone and sleeps up to four people, in two bedrooms.
Sleeps 4