HERITAGE HIGHLIGHTS:   The site of King John's submission to the Pope 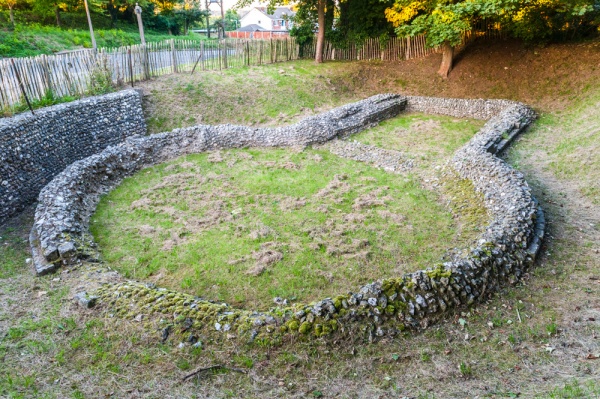 A bit of background may be in order; King John and Pope Innocent III locked horns repeatedly over the issue of papal authority in Britain. In 1207 Innocent invoked the ultimate Papal threat; he put England under interdict.

In 1211 Innocent sent an Italian churchman named Pandulf to England in an attempt to settle the dispute. He was unsuccessful, but two years later, in 1213, John finally agreed to submit to the pope. Pandulf came again to England, and met John here, at the small church on the heights above Dover, where he officially received John's submission on the Pope's behalf.

This action meant that John essentially gave England to the Pope as a fiefdom, and agreed to become a papal vassal. This acquiescence by John enraged his nobles and helped deepen their sense of grievance that ultimately led to the Magna Carta.

In an interesting sidenote, Pandulf was later named Bishop of Norwich, in which role he proved to be one of King John's staunchest supporters in the king's ultimately unsuccessful battle with his barons.

The church itself is tiny, not the sort of place you would imagine as the scene of great historical events. Little remains beyond the outline of the foundation walls on the turf. These show a small rectangular chancel and a larger, rounded nave, with a gap in the foundations where the west entrance stood.

The rounded nave is a traditional feature of many Templar churches (like the famous Temple Church in London) and is thought to copy the plan of the Church of the Holy Sepulchre in Jerusalem. The foundation walls are fragmentary, reaching little more than 1 foot high in most places, but the outline of the building offers an interesting look at a typical Templar design on a small scale.

Knights Templar Church is an open-access site. You can't wander amid the foundations as the entire site is enclosed by a fence, but it is so small that you can easily see the entire church from outside the fence, so it isn't really a problem. There are no facilities at all - nor does the church does appear to be signposted; at least, we didn't see any signs, which is why we wandered around Western Heights for 30 minutes looking in vain until we found someone to ask for directions!

We followed the signs from Dover town centre for the Western Heights and parked at the first free parking area off North Military Road. From there, as we eventually discovered, all you have to do is simply follow Citadel Road 100 yards uphill to the point where Western Close branches off and you will see the foundations of the church to your left.

I can't say the ruins are incredibly exciting, but it is fascinating to see so clearly the circular design favoured by the Templars, and the historical significance of the site is intriguing. What would have happened had King John not submitted to the papal envoy? 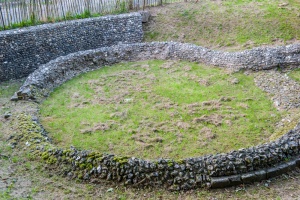 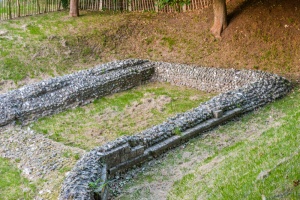 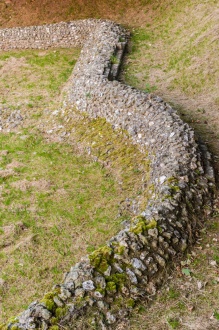 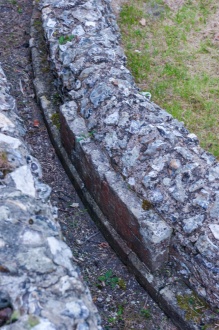