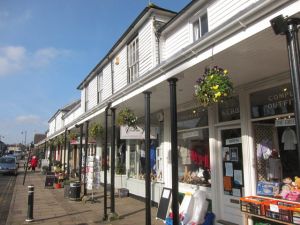 A very attractive village near Tunbridge Wells in mid-Kent. Hawkhurst is famous (or infamous) for the group of smugglers known as the Hawkhurst Gang. The Gang operated a smuggling ring across the south east of England from 1735-1749. The Oak and Ivy Inn in Hawkhurst was the headquarters of the gang, who were only defeated after a pitched battle with the local militia. Three miles distant is the moated medieval castle at Bodiam.

The name Hawkhurst means a wooded hill where hawks live. The history of Hawkhurst goes back at least 1000 years. We know that there was a settlement at nearby Congehurst, as it was attacked by marauding Danes in AD 893. The 11th-century Domesday Monacorum records that the manor was owned by Battle Abbey. The village was also a centre of the Wealden iron industry during the Middle Ages. William Penn, the founder of Pennsylvania, owned ironworks in Hawkhurst in the 17th century.

From the late medieval period Hawkhurst was also a centre for hop growing and the burgeoning weaving industry. The hop industry led to a proliferation of distinctive oast houses for drying the hops after they were picked, and today the area around Hawkhurst is dotted with picturesque red-brick oast houses.

Sir Thomas Dunk was a wealthy cloth merchant. When he died in 1718 he bequeathed GBP 2000 to build an almshouse for 6 'decayed housekeepers' plus a village school. Thankfully he left money to purchase enough land to provide an income to maintain the school and almshouses. The almshouses opened in 1723 and stand 2 storeys high, with a central school block flanked by 3 residences on each side.

In 1886 a Barnardo's home for orphans was opened on Cranbrook Road in Hawkhurst. The home was the largest in operation and cared for hundreds of infants at any one time. It contained dormitories, playrooms, a dispensary, nurseries, a doctor's room, and separate villas for infectious children. The official opening ceremony was attended by Princess Mary Adelaide, Duchess of Teck, and her three children.

The 'castle' initially took only children under 3, then in 1908, this mandate was enlarged to include any child under 8 whose condition made them unsuitable to be placed with foster parents. The home was renamed Hawkhurst Castle after WWII and finally closed its doors in 1965.

The first record of a church here comes from 1285 but it seems likely that there was a church here since the Saxon period. The historic highlight of St Laurence is the huge west window, built in 1350. Most of the remainder of the church was rebuilt a century later, around 1450.

A small chamber over the north porch was used by the monks of Battle Abbey to collect rents. It was dubbed The Treasury, a name that is still used. In 1574 St Laurence became the first church in England to install communion rails to separate worshippers from the altar. 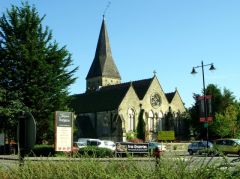 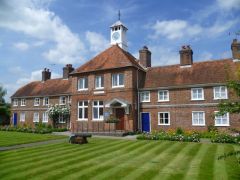 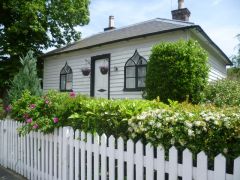 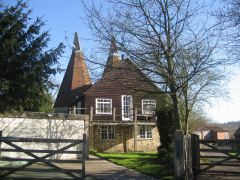 More self catering near Hawkhurst >>

More bed and breakfasts near Hawkhurst >>