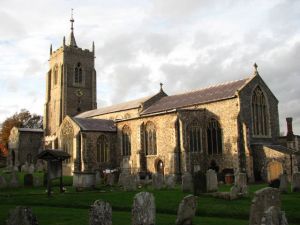 A market town in rural Norfolk, but with easy access to the North Norfolk Coast, Aylsham dates to before the Domesday Book. In the Middle Ages, the town was a centre of the cloth industry. Just two miles away is the superb stately home of Blickling Hall.

The area around Aylsham has been settled since at least the Iron Age, and we know that the Romans established a settlement at nearby Brampton. The present town of Aylsham, however, was established around AD 500 by a Saxon thegn called Aegel.

The name of the town comes from a combination of the name Aegel and 'ham', meaning settlement, so the name means Aegel's settlement. It was a very prosperous place by the time of the Domesday Book in 1086 when it is recorded as having 1,000 inhabitants.

During the Middle Ages, Aylsham was a centre of cloth production, and the town's weavers supplied cloth to the royal households of Edward II and Edward III. The prosperity of the town was enhanced even more when John of Gaunt, Duke of Lancaster, became Lord of the Manor on 1382 and made Aylsham the main administrative centre for the Duchy of Lancaster.

The Duke's place in the town's history is preserved in the town sign, depicting him riding on horseback. Henry VIII granted Aylsham the right to hold an annual fair and a weekly market.

The parish church of St Michael is worth a visit. It dates to the 13th century and is an excellent example of the Decorated Gothic style, with some attractive memorial brasses. The north transept was built under the patronage of John of Gaunt, though it seems unlikely that the Duke ever actually visited Aylsham in person.

Surprisingly, the lower section of the painted medieval rood screen survived the destruction wrought by Puritans in the 17th century, though some of the painted figures were damaged. The famous landscape gardener and architect Humphrey Repton is buried in the churchyard.

Abbot's Hall in Aylsham is a late 17th-century building built on the foundations of a medieval house built by the abbey of Bury St Edmunds. Another historic building is the Black Boys Inn on the Market Place. The facade of the Inn dates from around 1710, but behind that facade is a much older building, erected in the 1650s, making the Inn the oldest building in Aylsham save for the church.

Another interesting historic structure is a thatched water pump at Carr's Corner. The water pump itself dates 'only' to 1910. On Cawston Road stand the remains of an early 19th-century tower mill, standing 7 storeys high, though the sails and cap have now gone.

The most popular historic attraction in the area is Blicking Hall, a Jacobean masterpiece of a stately home built for Sir Henry Hobart by architect Robert Lyminge and set in a beautiful 18th-century landscape garden. 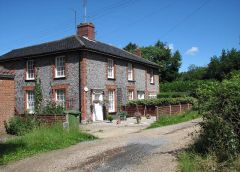 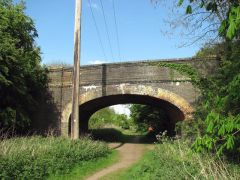 More self catering near Aylsham >>

More bed and breakfasts near Aylsham >> 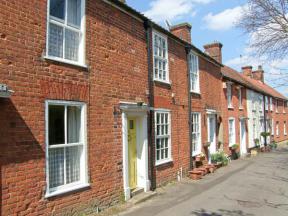 This terraced cottage is located in the Norfolk town of Aylsham and can sleep four people in two bedrooms.
Sleeps 4 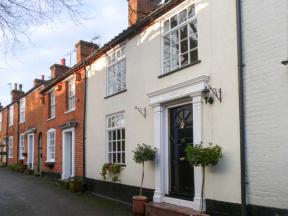 This is a lovely terraced property sleeping five people in three bedrooms.
Sleeps 5