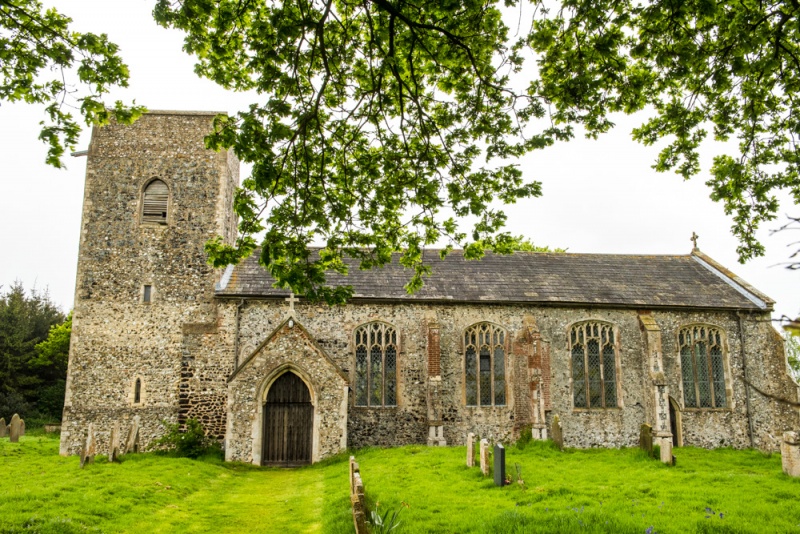 On a country road in the heart of rural Norfolk stands the 13th-century church of Skeyton. The village itself is no more than a few scattered houses and farm buildings. The church stands atop a small hill, offering wonderful views over the surrounding farmland, and on a clear day, you can see the spire of Norwich Cathedral.

Though the body of the church is 13th century, the south porch was added a century later and many of the large nave windows were inserted in the 15th century. Most of the timber roof dates to a 19th-century restoration, but over the site of the former rood screen there are several medieval braces still in place. In the south wall of the chancel is a trefoil-headed 13th-century piscina beside an extremely plain sedilia, or clergy seat.

Some fragments of medieval glass survive, as does an old parish chest and the original south door and iron knocker. If you look at the blocked tower arch you can clearly see that it is off-centre. This occurred in 1845 when the original north wall was torn down to widen the church. The result is a rather lopsided feel to the interior. 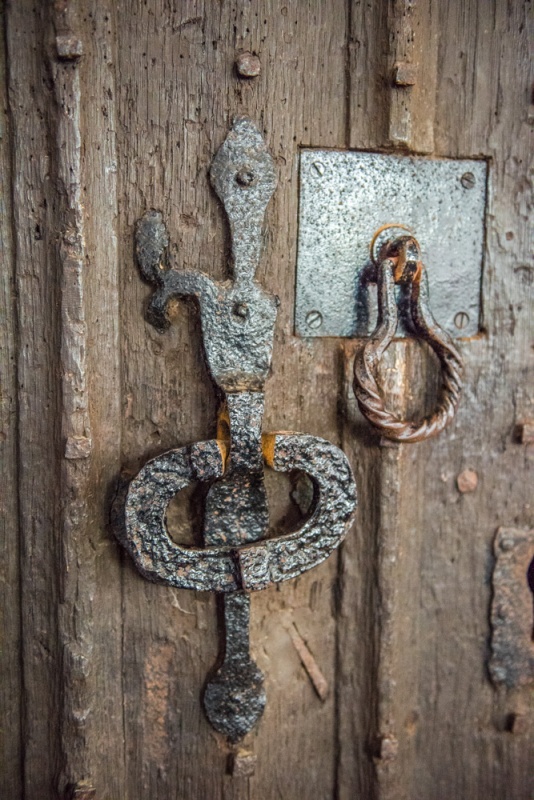 Perhaps the best feature from the Victorian restoration is a painted and gilded royal coat of arms to Queen Victoria. Another 19th century feature is a very finely carved octagonal font with an elaborate wooden cover, and there is a rather chunky looking wineglass pulpit with tracery panels and quatrefoil openings at the base. 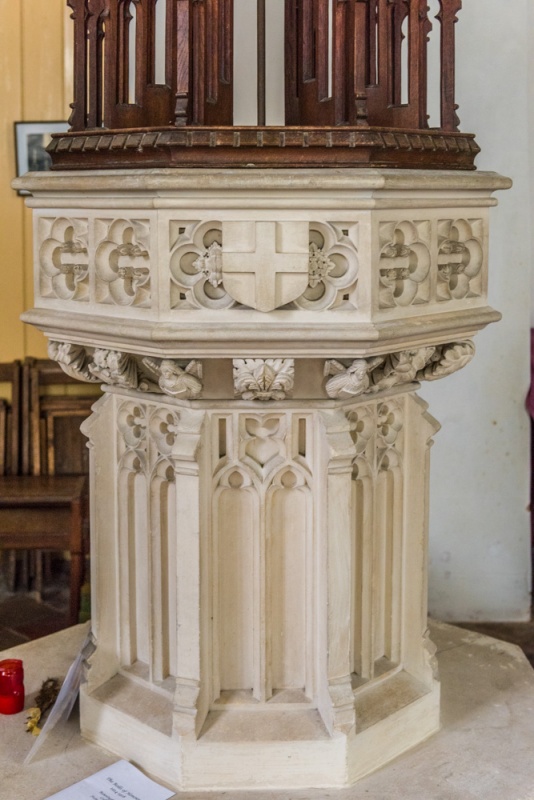 Much older is a 1757 grave slab to Mary Bear and her infant son John. Near the Bear grave slab is a very touching memorial to three children of Samuel and Elizabeth Clarke who died in their infancy. One daughter survived 42 weeks, one son lived 2 years and 41 weeks, while another son died after only 14 days of life in 1737.

All Saints is an obviously ancient site, but much of the church furnishings are the result of the Victorian restoration. It is a pretty church, in a lovely rural location. All Saints is usually open daylight hours to visitors and was open when we visited. 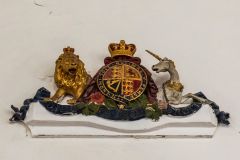 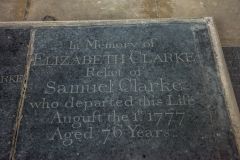 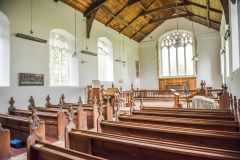 More self catering near Skeyton, All Saints Church

More bed and breakfasts near Skeyton, All Saints Church