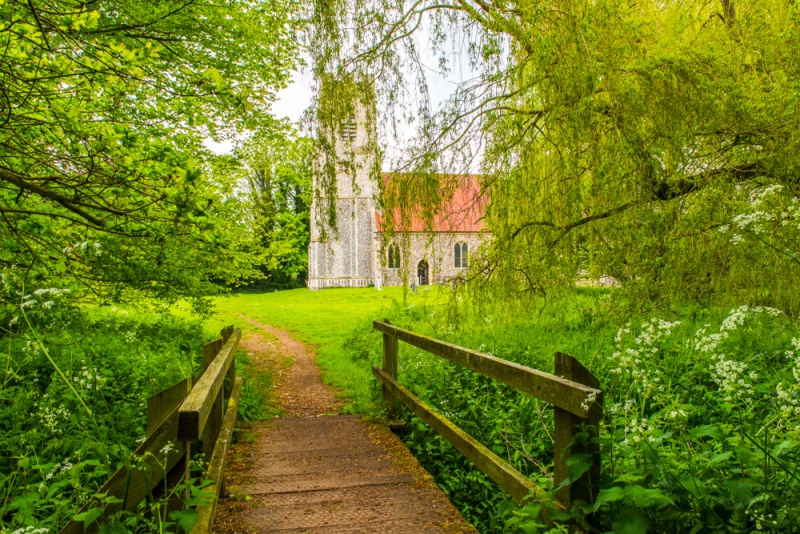 St Mary's church stands in a beautiful location beside the River Bure, just south-east of Aylsham. The village name comes from the Old English word 'Burh', meaning a fort. It seems very likely that the church stands near a Roman fort that guarded the route between Caister on the coast to the Norfolk Fens.

A path leads from the churchyard to the water's edge, where a footbridge across the river takes you to a trail that runs along the riverbank, allowing wonderful views of the church glimpsed through overhanging branches. The quiet beauty of the riverside location evokes poet John Betjeman's description, 'The lap lap lapping of the weedy Bure'. Betjeman loved historic churches, and he would have loved St Mary's and its picturesque location.

There was almost certainly a Saxon church on this riverside spot. Beneath the blocked window on the north-west chancel wall are pieces of what appears to be Saxon stonework.

The pride of Burgh's delightful church is the Early English chancel, erected between 1200-1220. The informative church guide calls it a masterpiece of craftsmanship in the Early English style. That isn't just local pride speaking; it truly is a superb example of 13th-century architecture.

The lowest level of the chancel is lined with a wonderful arcade of slender pillars supporting elegantly carved arches. Above rises another arcade with lancet windows set between each arch. The effect is simply stunning; a symphony of Early English style and an absolute delight to experience. 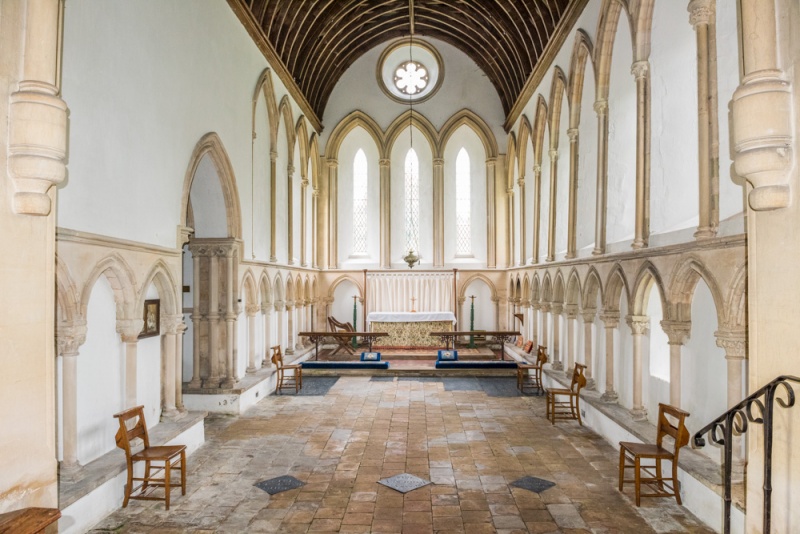 Unusually, you have to descend several steps down into the chancel from the nave. In most English churches it is the other way around, but it was common in the medieval period for the chancel to be at a lower level than the nave. During the Reformation devout Puritans ordered that church naves should be 'levelled'; that is, have their floors built up to the level of the nave.

It is possible that the chancel was, in fact, the entire 13th-century church. It was originally topped with a tile roof, but this was replaced with thatch in the 19th century. On the south chancel wall are six original 13th-century lancet windows.

A nave was built on to the west end of the chancel around 1400, then in the late 15th century the west tower was added. The lovely tower is faced with knapped flints and supported by diagonal buttresses. The tower holds a single bell, cast in the 16th century in Norwich. 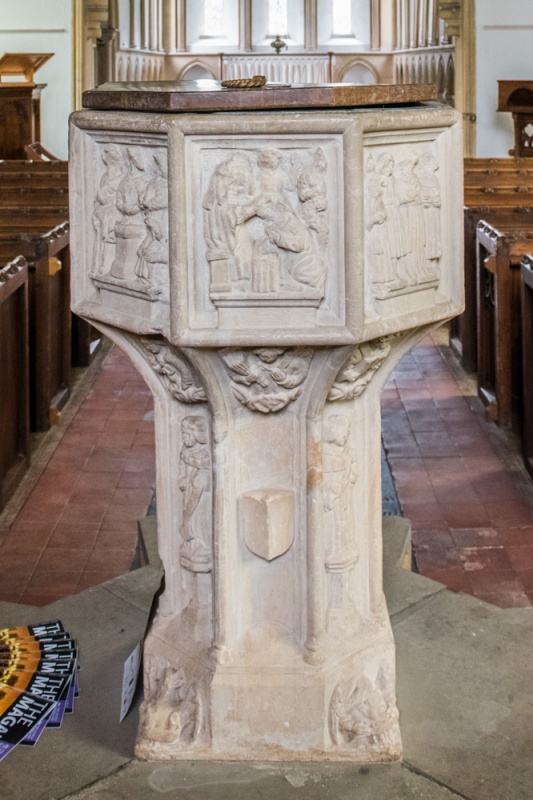 At the same time the beautifully carved Seven Sacrament font was carved. The font is stunning, with intricately carved panels depicting, as the name suggests, the seven sacraments of the Catholic church. Several of the carvings were damaged by iconoclasts during the Reformation, but it is still an excellent example of 15th century art.

The church is full of historic monuments, including many to the Burr family, who lived in Burgh-next-Aylsham for over 300 years. One of the finest is to Edmund Burr, who died in 1720.

The church was restored in the 19th century by Richard Phipson, with input from the great 19th century architect Sir George Gilbert Scott. It sounds like the Victorian restoration was desperately needed, as Revd. Caddy Thomas wrote in 1846 that the church possessed 'more than average squalor'. Beside the organ hangs a framed copy of a letter written by Sir George Gilbert Scott after his visit to Burgh-next-Aylsham in 1865.

In the churchyard are two simple wooden crosses. One commemorates Revd. Edward Holley, who died in 1873. Revd. Holley was succeeded by his son, Robert Hugh, who tragically died just one year later. 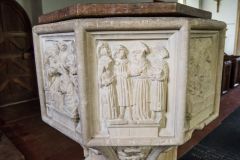 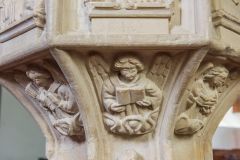 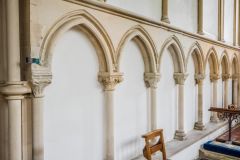 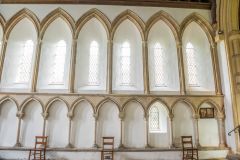 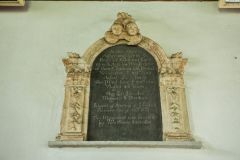 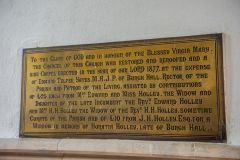