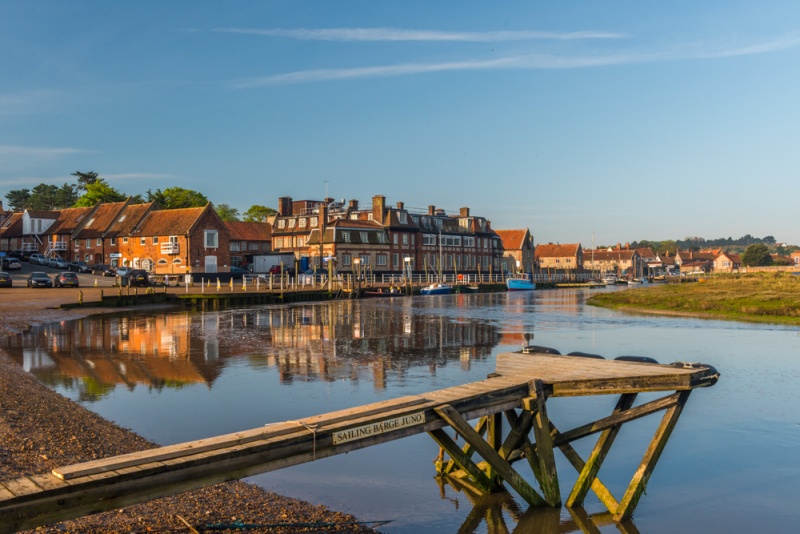 A very popular boating centre on the north Norfolk Coast, Blakeney is famous for the colony of seals which inhabit the sandbank at Blakeney Point. Visitors can take regular boat trips from Blakeney harbour to see the seals. Blakeney is ringed by salt marshes which make it a popular centre for bird-watchers. Over 1100 acres of salt marshes around the town are home to a variety of wading birds.

Blakeney's natural environment has resulted in the village being included in the Norfolk Coast AONB (Area of Outstanding Natural Beauty) and the North Norfolk Heritage Coast. 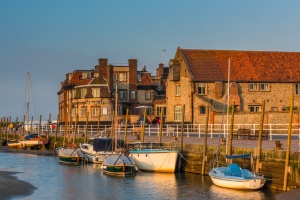 The harbour and Blakeney Hotel

The village used to be a busy port, with direct links to the sea, but the gradual silting of the harbour means that only small pleasure boats can now safely navigate the waterways past Blakeney Point and out to sea. Before the River Glaven estuary silted up Blakeney was a major shipping centre, for the bulk of Blakeney Point sheltered the harbour and made it a prosperous centre for trade.

Blakeney mariners earned a reputation for piracy, and it is said that ships refused to dock at Blakeney for fear that their cargo would be stolen.

The 13th-century parish church of St Nicholas has two towers, one of which used to serve as a beacon. Though the church was begun in the 13th century the bulk of the current building is late medieval, in Perpendicular Gothic style.

It retains its 15th-century octagonal font, but only fragments of medieval stained glass survived the Reformation. There are 4 misericord carvings in the chancel and a medieval hammer-beam roof in the nave. Look for the memorial brass to John Calthorpe at the east end of the nave.

In 1296 a Carmelite Friary was founded at Blakeney. Remains of the monastic buildings are incorporated into Friary Farmhouse. In Friary Park is an 18th-century windmill, made of brick and flint, and listed Grade II for historic interest.

Among the other historic buildings in the village is the Manor Hotel, built in the 17th century of stuccoed flint and brick. For refreshment, there is the Kings Arms pub, built in 1760, and the White Horse on High Street, overlooking the Quay.

Near the harbour is all that remains of Blakeney Guildhall, featuring a very finely vaulted 14th-century undercroft made of brick and stone. You might assume by the name that the Guildhall was built by a local merchant guild, but you'd be mistaken; it was built as a dwelling by a successful merchant, and only much later used by the local guild of fish merchants. Visitors can easily see the undercroft vaulting at the current ground level and the partial remains of the upper storey. 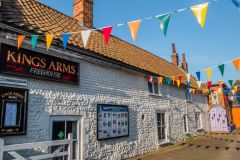 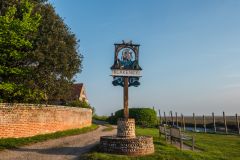 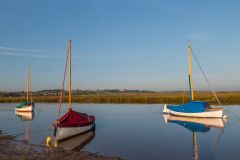 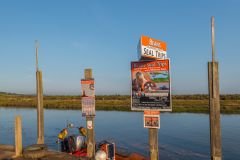 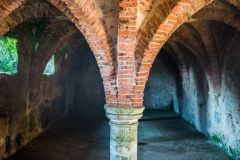 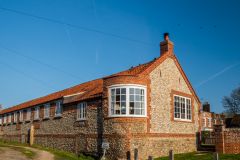 More self catering near Blakeney >>

More bed and breakfasts near Blakeney >> 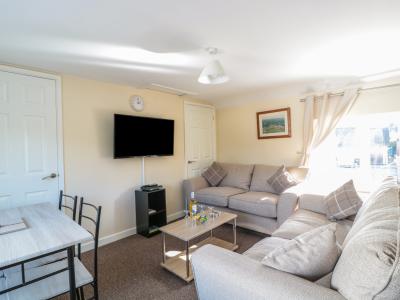 A semi-detached cottage based near the village of Blakeney in Gloucestershire that can sleep four people in two bedrooms.
Sleeps 4