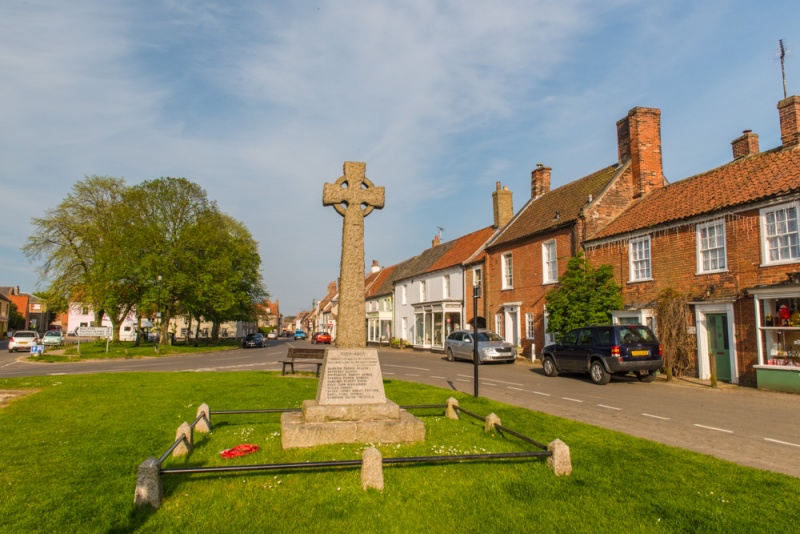 The Green and war memorial in Burnham Market

Burnham Market is a pretty village near the north Norfolk coast. Many of the attractive houses that line the streets date to the 17th and 18th centuries. The village has associations with Admiral Horatio Nelson, who visited here often. Nelson was a native of nearby Burnham Thorpe, but his father, Edmund, had a house in Burnham Market; the property known today as Church House. 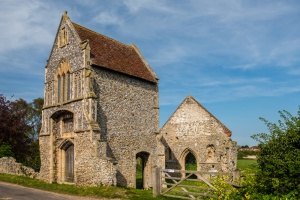 Nelson's father served as rector of All Saints church in Burnham Market as well as St Ethelbert's in Burnham Sutton. Nelson's daughter Horatio may have died at nearby Bolton House.

The manor house is Burnham Westgate Hall, built from 1783 for Thomas Pitt, 1st Baron Camelford. Pitt called upon the fashionable London architect Sir John Soane to remodel an existing house called Polstede Hall, built just a few decades earlier by Pitt's father-in-law, Pinckney Wilkinson. In 1933 the Hall was given to the Royal British Legion and it served as a home for the elderly until 1990 before reverting to a private residence.

In recent decades Burnham Market has seen a large number of properties bought up as second homes by wealthy Londoners. This shift in popularity has led some locals to refer to the town as Chelsea-on-Sea.

You'll find some of those locals in the Hoste Arms, a very popular pub named for Captain Sir William Hoste (1780-1828) a naval captain and rector, who served under Admiral Nelson.

Somewhat confusingly there are not one but two Church of England churches in Burnham Market. At the western edge of the marketplace is St Mary's church, the largest in the area. At the opposite end of the village is All Saints. Just to confuse matters still further, just across the parish boundary is St Margaret's church, serving Burnham Norton. 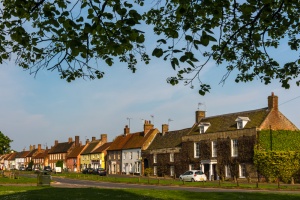 The Green on a summer evening

By far the larger and more historically interesting of Burnham Market's 2 churches, St Margaret's (sometimes known as St Mary Westgate) features a west tower built in 1310. The 15th-century porch was originally 2 storeys high but was later cut down to a single storey. The chancel arch is 14th century as is the attractive south doorway.

Located at the east end of the green, but almost hidden by houses, is this small church of flint and stone. It really is a quite simple building, with just a chancel, nave, porch, and west bellcote. Though Norman in origin, a Victorian restoration has swept away most of the medieval features save a pair of carved corbel heads in the nave.

A short distance outside Burnham Market on Friars Lane (satnav PE31 8JA) stand the remains of St Mary's Friary, often called Burnham Norton Friary, founded in 1241 for the Carmelite order by Sir William Calthorp and Sir Ralph Hemenhall. The friary was never very large but supported 17 friars in the early 16th century. The friary was disbanded at the Dissolution of the Monasteries and most of the monastic buildings destroyed, but the beautiful 14th-century gatehouse still stands. The site is now maintained by the Norfolk Archaeological Trust.

UPDATE
In 2015 Burnham Market was named the 7th Best Place to Live in Britain in an article in the Sunday Times. 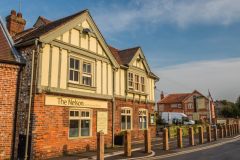 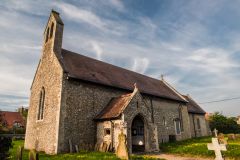 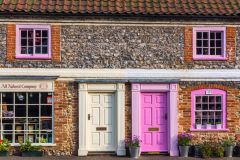 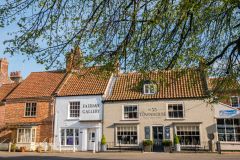 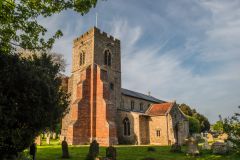 More self catering near Burnham Market >>