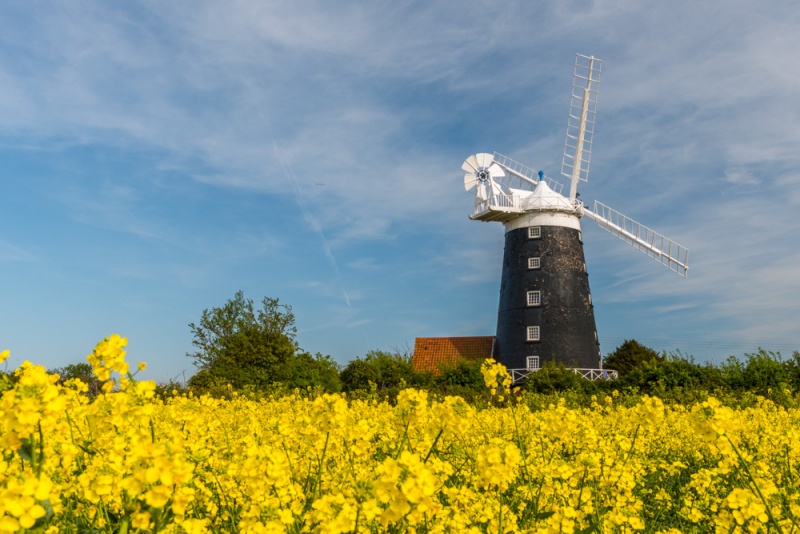 The Burnham Overy Staithe tower mill is a familiar sight to motorists on the A149 coastal road in North Norfolk. It stands on an elevated position, with fabulous views over the coast to the north, taking in Brancaster Estate and Scolt Head Island Nature Reserve, both preserved by the National Trust.

The brick mill, with its striking black base and white cap, was built in 1816 by Edmund Savory, who also operated Lower Mill, a watermill on the River Burn at the base of the hill. A datestone over the first floor is inscribed with the initials ES and the date 1816.

Edmund Savory died in 1827 and the mill passed to his son John, who worked the mill until his death in 1863. It then passed to his son, also named John. John Jr had several brushes with the law and was twice fined for using unlicensed horses.

In the Norfolk News of 4 June 1870, he was fined for owning 8 horses for trade purposes but only having licenses for 7 of them. He pleaded not guilty, and the magistrates stated they were sure he had acted without any intention of evading the law but had no choice but to issue a fine of five pounds. The same situation occurred just three years later.

Edmund Savory is buried outside the east end of St Clement's Church in Burnham Overy, beside his son John and grandson John Jr., who died in 1921. 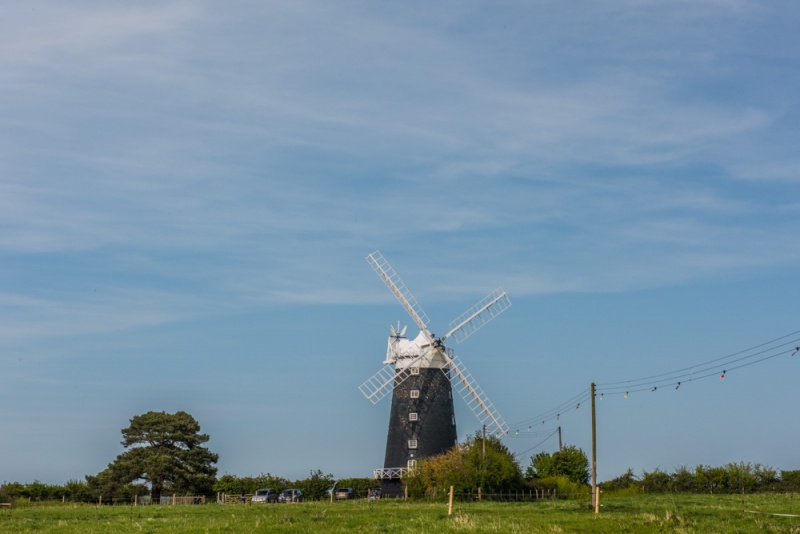 The tower mill from Union Mill

The mill complex was sold at auction in 1888, and the auction details tell us a lot about the mill. The tower mill had four double-patent sails connected to a cast-iron shaft that drove three pairs of millstones. The mill stands six storeys high, and is topped by an ogee cap with a gallery around the exterior.

Along with the windmill the auction tried to dispose of the watermill, a steam mill, granaries, maltings, farm buildings, and 40 acres of land. Unfortunately for John Savory, the mills, land, and buildings did not sell, and he returned to the milling business until 1900. It was sold twice more before being damaged by a storm in 1914 and finally going out of operation in 1919. The last miller was Robert Haines, who emigrated to Canada after the mill was damaged in 1914.

In 1926 the interior of the mill was stripped its machinery and the mill was converted to holiday accommodation. Then in 1957, the process was reversed, and a new cap, gallery, and sails were installed. The mill was then given to the National Trust for preservation. 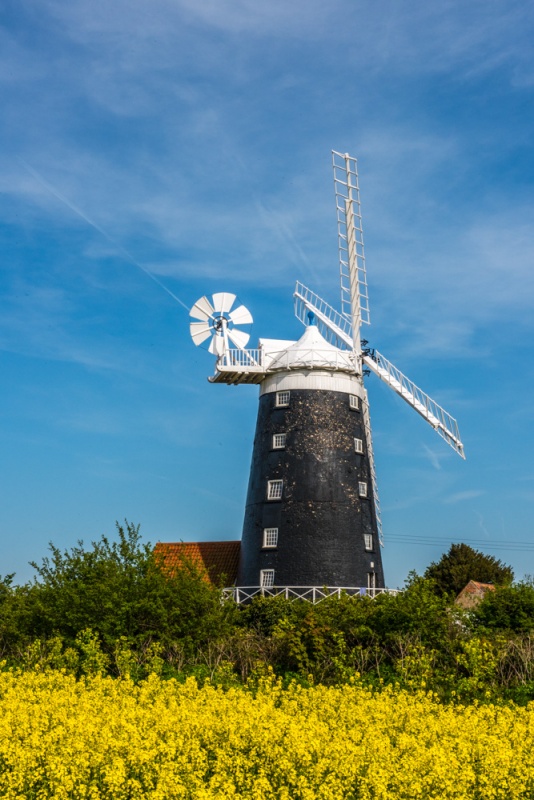 The mill from the west

The Trust held onto the building for 2 decades before coming up with a proposal to restore it to full working order as a tourist attraction in 1978. Unfortunately, the proposal was opposed by local people, who claimed that road access could not cope with a large number of visitors.

So once again the mill was converted into holiday accommodation, this time under the auspices of the National Trust. As of this writing, the mill is a holiday cottage suitable for up to 19 people, with four usable floors plus an attached cottage and outhouse.

Though the mill is not open to visitors (unless you book holiday accommodation through the National Trust) we've included it here because it is such an iconic sight as you travel the Norfolk coastal road. The easiest place to get a view of the mill is from a dirt layby almost opposite the entrance, on the far side of the A149 (heading north-east.