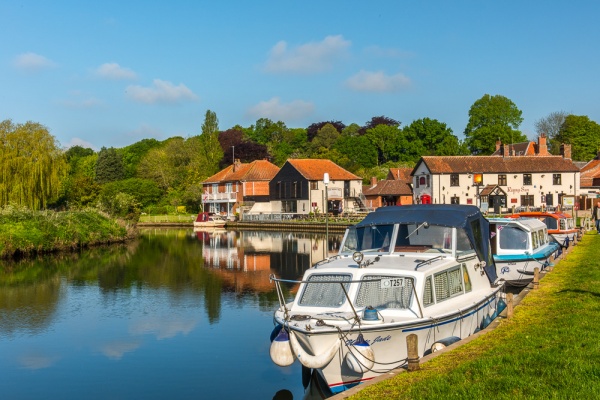 Boats on the River Bure at Coltishall

Coltishall is a pretty village on the River Bure, in the Norfolk Broads, near Horstead. It stands at the highest navigable point of the river and thus is known as the Gateway to the Broads. Coltishall has a long history in brewing, and old malt houses line the river.

There are two riverside pubs on the banks of Coltishall Staithe; the King's Head and the Rising Sun. The Kings Head was built in the 17th century and stands beside the large common. The Rising Sun began as a granary, where river wherries would unload sacks of grain for storage and transfer.

The parish church of St John the Baptist has a thatched roof of reed and stands on the riverbank some distance from the village itself. If you look closely you can see pieces of Roman tiles embedded in the wall of the church, an indication that there was a Roman villa in the Coltishall area. Look for the circular 'wind-eyes'; round windows dating to the Saxon period. The interior boasts an 18th-century plasterwork ceiling and a 14th century Decorated Gothic arcade. In the chancel is a 15th-century sedilia. 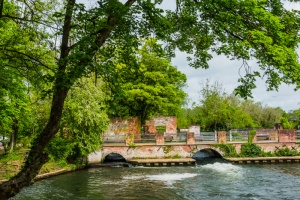 The remains of historic Horstead Mill

The village was an important settlement long before the coming of the Normans; there was a sizeable Saxon village here by at least 1000 AD.

The village must have retained its importance in the medieval period, for in 1231 Henry III gave all natives of Coltishall the right to avoid taxes at any fair in England. A later king, Henry VI, gave the manor of Coltishall to King's College, Cambridge, and the College still acts as Lord of the Manor.

From the 16th century, the village became a busy point for wherries between Aylsham and Yarmouth to load and unload their goods. This busy river traffic led to the establishment of a boatyard, but the coming of the railway in 1879 spelled the end for the river trade.

Worse was to come in 1912 when the lock gates at nearby Horstead were destroyed by flooding, and navigation beyond Coltishall ended. The 18th century Horstead Mill was destroyed by fire in 1963, but the ruins make a lovely destination for a walk along the signposted path beside the river.

A mile from the village is RAF Coltishall, a famous name in aviation circles. Also well away from the village centre is Coltishall railway station, a popular stop on the Bure Valley Railway, where you can ride a restored historic railway carriage pulled by a steam locomotive.

An old legend is attached to the bridge over the River Bure at the northern edge of Coltishall. It is said that a spectral dog known as Old Shuck crosses the bridge each night. Old Shuck is headless, with huge eyes like saucers. You can see the bridge (if you dare) by taking the signed footpath to Horstead Mill opposite the triangular village green. I must confess that I did not see Old Shuck when I visited, but then, it was the middle of the day and not the dead of night! 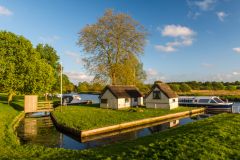 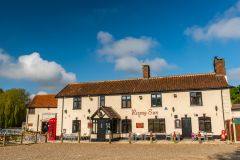 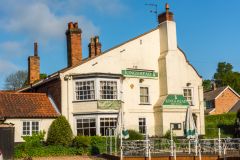 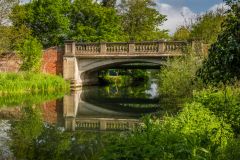 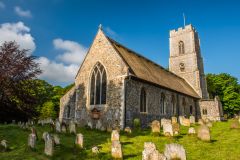 More self catering near Coltishall >>

More bed and breakfasts near Coltishall >> 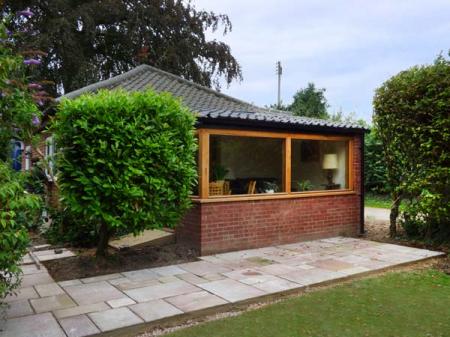 This detached single-storey cottage is set in the grounds of the owner's home near Coltishall and sleeps two people.
Sleeps 2