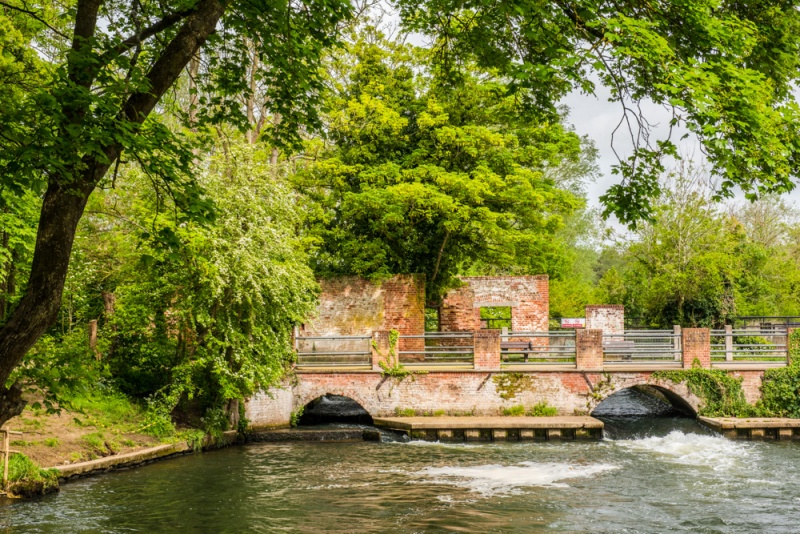 There has been a mill on the River Bure at Horstead since at least Saxon times, and very possibly much earlier. A mill was recorded in the Domesday Book of 1086 when it was owned by St Benet's Abbey along with both Coltishall and Horstead manors. When the abbey was suppressed by Henry VIII he granted the mill to King's College in Cambridge. The college held the mill until 1910 when it was sold into private hands.

For several hundred years until the mid-18th century there were two mills at Horstead, both under the same ownership. One was a watermill for grinding corn, and the other was a fulling mill used to process woollen cloth by pounding the cloth with hammers. These are recorded in a survey by King's College in 1586.

In 1789 an earlier 16th century mill was completely rebuilt. The new mill drove two pairs of grinding stones. The mill building was weatherboarded, under a pantile roof. The bottom section of the mill was built over 6 brick arches. The second floor had overhanging gables on both sides for loading and unloading goods with the aid of pulleys.

The mill was driven by two wheels; the older and larger being an undershot design. The smaller wheel was replaced by a turbine later in the mill's life. A devastating flood in 1912 made transportation of ground flour difficult, so the mill ceased grinding grain for flour until 1915. It resumed until 1919, then reverted once more only producing animal feed. 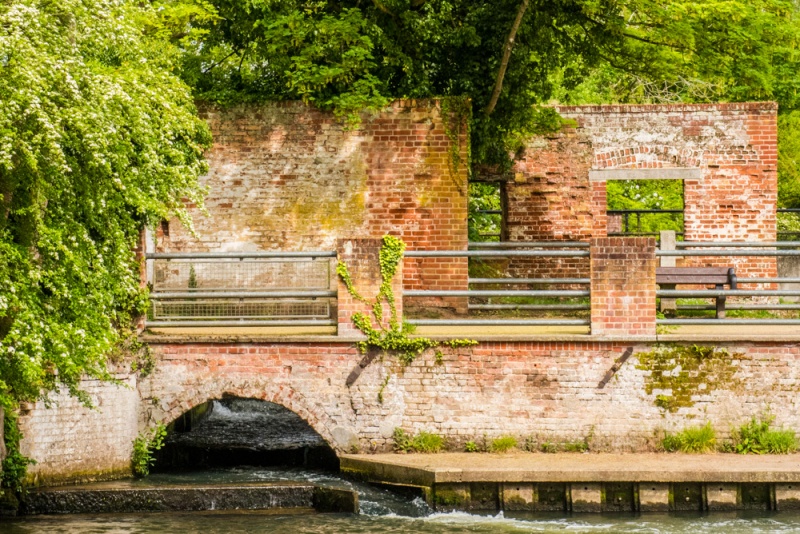 Remains of the 18th-century brick arches

Until 1775 Horstead Mill stood at the highest navigable point on the river. In that year the Coltishall lock opened, allowing shallow-bottomed wherry traffic to carry goods further upriver. The first vessel to use the lock was the newly constructed wherry 'Grampus'. The wherries brought coal from Gateshead-on-Tyne and took malt, oats, and barley to Great Yarmouth for onward shipping.

The picturesque 18th-century mill became one of the most photographed sights on the river Bure, but unfortunately, it burned down in 1963 and was never restored. The mill might have been saved but for the freezing cold weather.

Despite the fact that three pumps attended the blaze, the river was frozen so solidly that holes had to be carved through a foot of ice to reach flowing water to feed the pumps. Even then the water was so cold that it froze in the ends of the water hoses. 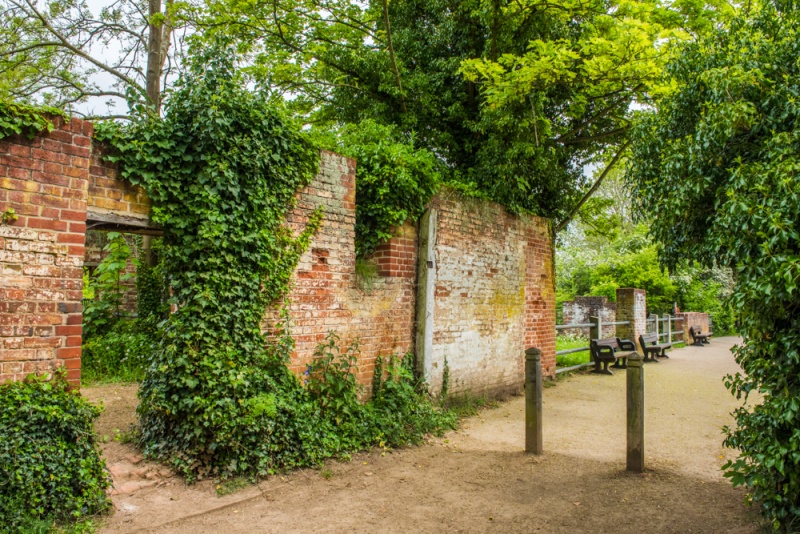 Today all that remains is the lower sections of the mill building, including the brick arches. The former mill pond is a very popular place for wild swimming and for angling. In 1973 the river authority installed a water gauging station at the mill site, but that has been the only real change since the fire. The historic mill is still a popular gathering place, and a lovely space to relax by the swiftly flowing water that pours through the former mill race.

You can reach the mill from Mill Lane, off the Norwich Road on the west bank of the River Bure. but a much more interesting way to get there is to follow the footpath on the east bank from the bridge at Coltishall. The trail leads through shaded woods beside the river before emerging into the open air and following footbridges across the river to the mill.

I said the mill had been destroyed in the fire. That isn't completely true, for a turbine was rescued from the ruins and is on display at the Rural Life Museum in Gressenhall.

More self catering near Horstead Mill