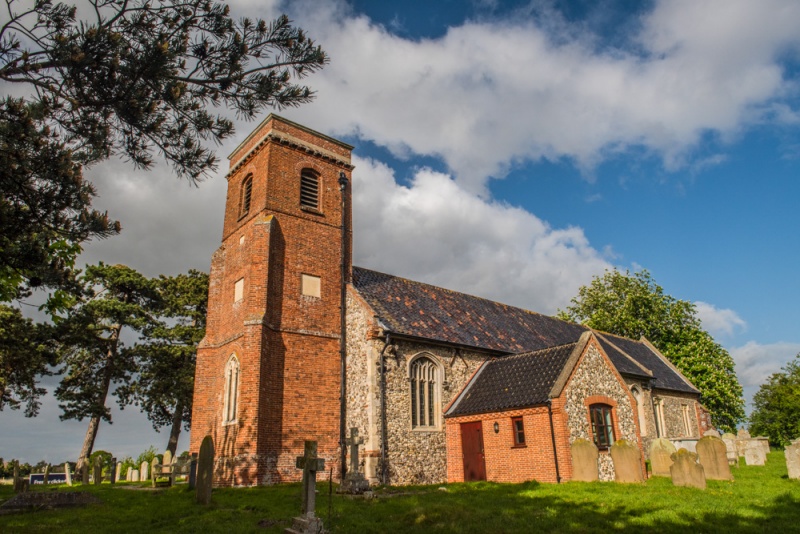 Two churches serve the busy Norfolk Broads village of Hoveton. One is St Peter's, a lovely thatched church just outside the grounds of Hoveton Hall. The other is St John the Baptist, which stands just outside the village on a rise of ground above the River Bure, beside the primary school on the A1062 (Horning Road).

The church dates to the 11th century, though it has been restored several times over the centuries. It stands within the grounds of Hoveton House, built for the Blofeld family in 1634. The most obvious external feature is a striking west tower built of red brick, built in 1765 to replace a medieval tower that had been struck by lightning. The tower holds a single bell, cast in 1678.

The nave is the oldest part of the structure, while the chancel was rebuilt around AD 1300. A 13th-century priest's door is set into the chancel wall. The walls were raised and Perpendicular windows inserted in the late 15th or early 16th century. 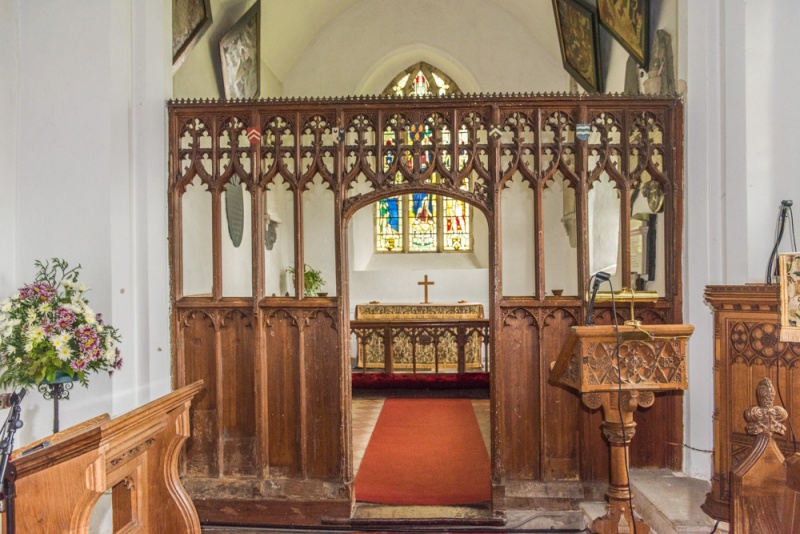 One of the most interesting parts of the church is the 16th-century scissor-braced roof. The roof was hidden under a ceiling in 1765 and only rediscovered in 1952.

Much of the interior furnishing dates to a restoration in 1890, when the benches were installed. Three benches retain 15th-century poppyhead carved ends.

Historic highlights include the lovely late medieval octagonal font. The bowl panels carry blank shields, while the stem is decorated with twin trefoiled arches above a base with flowers, including the Tudor rose. The underside of the bowl is carved with grotesque beasts and human heads.

Another historic feature is a 16th-century chancel screen that somehow survived the Reformation. The screen survived, but the paintings that originally decorated its base have gone. Unusually, the top of the screen is made of cast iron.

The church also boasts several interesting memorials to the local Blofeld family. One wall monument is to John Blofeld (d. 1805), who married his first cousin Sarah. John Blofeld's epitaph tells us that he served as a Magistrate for 46 years, and 'His conduct was ever marked by the strictest integrity, by warm affection, general benevolence, and by the most exalted and unaffected piety'.

One feature that really struck me is a collection of vividly coloured glass panels from Switzerland, Germany, and Holland. There are several interesting fragments of medieval glass gathered together rather like jumbled pieces of a jigsaw puzzle, and the colourful east window is by the popular early 20th-century artist Sir Ninian Comper.

The communion table is Jacobean, and it holds a cross and candlestick from the 1895 restoration.

The church was open when we visited, late on a sunny day in May. 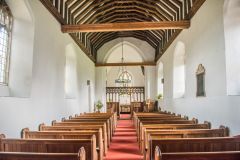 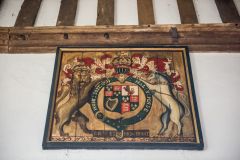 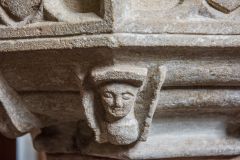 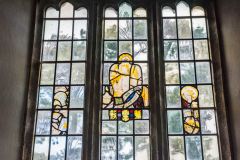 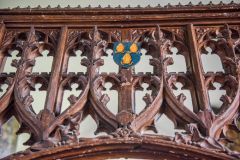