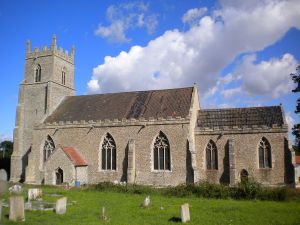 A small village near Dereham, Elsing was once a market town, but over the years it has diminished to its current quiet state. The village is reputed to be named after a Saxon chief named Elesa. The moated manor house in Elsing was built by the Hastings family around the year 1470.

Elsing Hall stands on the site of a much earlier house built in the first half of the 14th century. The gatehouse and a section of the curtain wall are all that remains of the 14th-century building. The house contains a secret priest hole, used top hide Catholic priests during the Reformation. The Hall passed through 7 generations of the Hastings family before passing by marriage to the Browne family, owners of Battle Abbey.

For over 400 years the Browne family-owned Elsing before it was sold for the first time in its history in 1958. The house stands in a wonderful garden, known for its collection of old roses. The garden and neighbouring arboretum cover 20 acres, with a walled garden, bog garden, autumn garden, and attractive moat walk. The gardens are open to pre-booked groups by arrangement.

The parish church of St Mary was built around 1347 by Sir Hugh de Hastings, just before the onset of the Black Death. Sir Hugh was the grandson of Earl Hugh de Spenser and made his fortune at the Battle of Crecy. It features a font that was exhibited at the Great Exhibition of 1861, with its elaborately painted and gilded font cover. Most font covers existing today come from the Jacobean period or later, but Elsing's elaborately carved wooden canopy is original to the church, carved around 1340.

The pride of St Mary's however, is the beautiful memorial brass of Sir Hugh Hastings, founder of the church (d. 1347). Not only is the Hastings brass one of the finest medieval brasses in Europe, but it is also probably the only one in England to have been made with pieces of coloured glass for decoration.

The church roof spans the largest unsupported nave in East Anglia and perhaps the widest in all of England. There is 14th-century glass in the south window, and the church also boasts the base of a 15th-century chancel screen.

If you fancy a cold pint, try the Mermaid Inn, a traditional country pub built in 1540, standing opposite St Mary's church. Interestingly, the inn has variously been known as the Moormaid and the Meremaid over the centuries. Other historic buildings include the Guildhouse, a 17th-century building thought to have seen used as a guildhall for local merchants. The Old Rectory is a timber-framed house dating to the 17th century.

Elsing takes its name from a Danish chieftain named Elesa, who is depicted with a hunting hound on the village sign. You would not think it to visit Elsing today, but in the medieval period, it was a busy market town, complete with a guildhall and market hall.

Nearby is Elsing Mill, a restored windmill built in the early years of the 19th century on the site of a much earlier mill. 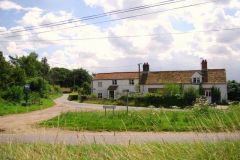 More self catering near Elsing >>

More bed and breakfasts near Elsing >>