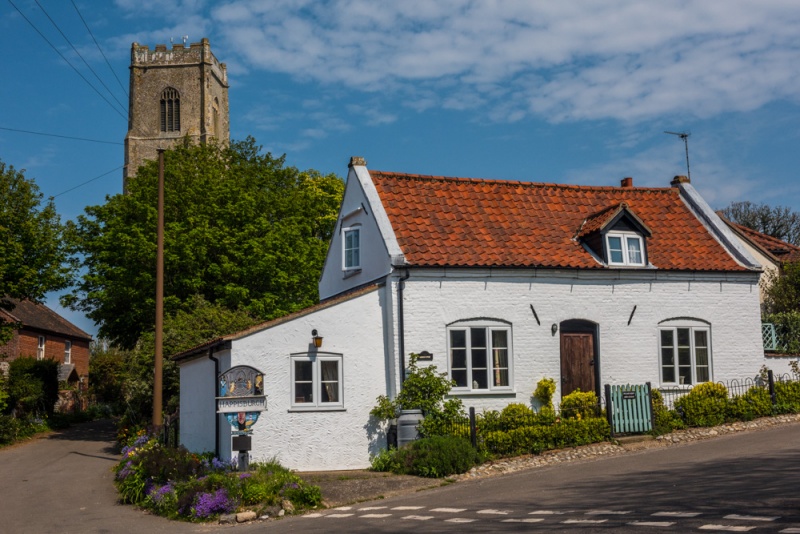 A whitewashed cottage and church tower in Happisburgh

An attractive village on the north Norfolk coast, east of Bacton. The name is loosely pronounced 'Haze-bro' and any attempt to pronounce it as it is spelled will be met by much amusement from locals (I speak from experience!).

The most interesting building in Happisburgh is not the local parish church, as you might expect, but the historic red-and-white striped lighthouse, the oldest working lighthouse in the county. Happisburgh lighthouse dates to 1790 and is the only independently owned and operated light in England.

The tower is 85 feet high, which makes it actually 25 feet lower than the tower of St Mary's church. St Mary's dates to the 12th century, and contains many of its original medieval fittings.

Happisburgh Manor is an Arts and Crafts style house that has been Grade II listed. Much older is The Monastery cottage, which dates to at least 1101, when it was granted to Wymondham Abbey. Manor Farmhouse is another interesting cottage, dating to the late Tudor period. 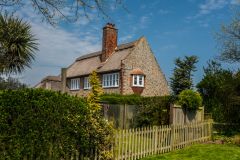 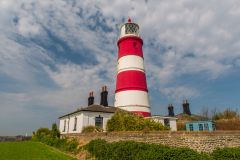 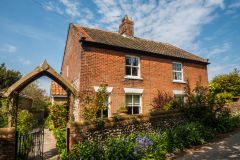 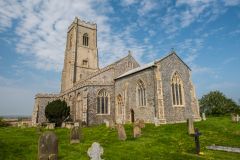 More self catering near Happisburgh >>

More bed and breakfasts near Happisburgh >> 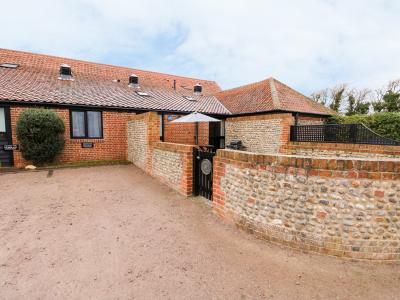 This splendid, converted barn rests in the Norfolk village of Happisburgh and can sleep four people in two bedrooms.
Sleeps 4