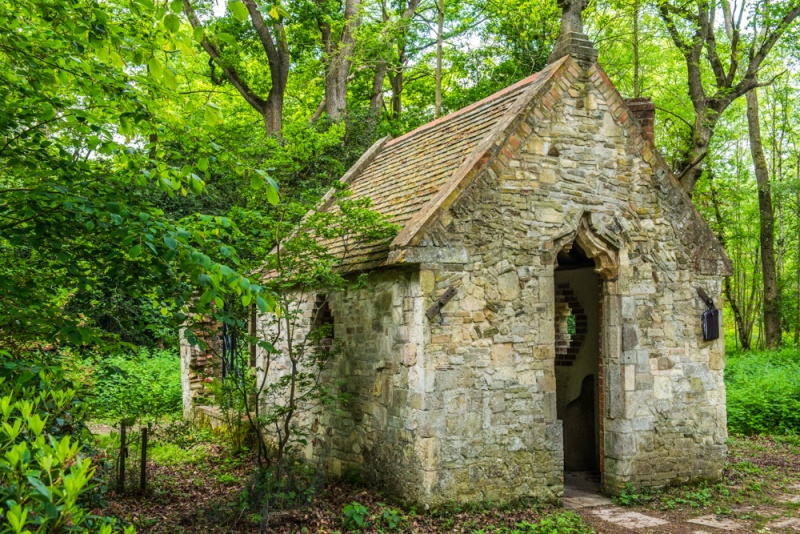 The Victorian Folly at Thornham Walks

The first Thornham Hall was built around the turn of the 16th century by Sir John Wiseman, and it is said that Elizabeth I once stayed here during one of her royal progresses around the country. In 1754 Sir John Major of Thornham bought the house and rebuilt the Tudor hall in elegant Georgian style.

Sir John's daughter Ann married John Henniker of Newton Hall in Essex and the Henniker family continued to extend the Hall. By the Victorian period, the Hall had 120 rooms, and the extensive landscaped grounds required a team of 27 gardeners to manage. 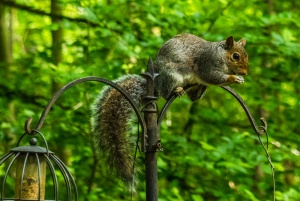 A grey squirrel at the Bird Hide

There were 25 acres of formal gardens surrounding the Hall, which hosted royal visitors at regular shooting parties. The Henniker family fortune declined in the late 19th century and much of the Hall had to be pulled down. The remainder burned down in 1954. A new house was built on the same site, and you can see this new version of Thornham Hall from the parkland.

The 8th Lord Henniker had a strong vision that the Thornham estate should be accessible to the local community. He opened the historic parkland surrounding Thornham Hall to the public, with signposted trails through the woodland and fields. Unused estate buildings at Redhouse Farm were converted to provide space for local businesses and in 1985 a Field Study Centre was opened to teach school children about conservation and the natural environment.

Lord Henniker's vision evolved into Thornham Walks, a network of 12 miles of signposted trails through the Thornham Estate, taking in historic woodland, parkland, water meadows, and farmland. The main trails are wheelchair accessible, and lead from a parking area at Redhouse Farm to the historic walled garden.

If you fancy a longer walk footpaths extend to Thornham Parva village to the north, and a longer circular walk loops through Wickham Skeith to the south. 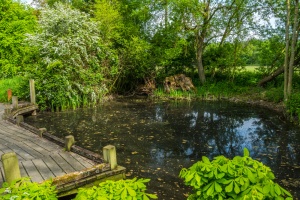 Near the parking area is a Wildlife Garden, showing how to grow seasonal vegetables in a way that encourages local wildlife. The garden is built with recycled materials as much as possible. The trail then passes through a Nuttery, a common feature in country house gardens, before reaching a bird hide. There are several feeder stations to encourage birds throughout the year. Common species include coal tits, chaffinch, nuthatch, pheasant, and sparrowhawk.

When we visited, however, grey squirrels were raiding the bird feeders, turning the bird hide into a squirrel hide. Near the bird hide the trees flanking the trail opens up and you can get good views across the fields to Thornham Hall.

Past the Bird Hide is the Walled Garden that once provided food for the table at Thornham Hall. The garden was part of 25 acres of formal gardens surrounding the Hall, which at its height required nine full-time gardeners to manage.

The garden has recently been restored, and is managed as an education area for those with disabilities and behavioural problems. In theory, the garden is open to visitors but when I visited there was a sign restricting access due to concerns for the safety of the vulnerable adults working there. However, you can easily view the gardens through the gateway.

Beyond the Walled Garden the trail loops back, reaching a picturesque folly, one of the last remnants of the Victorian formal gardens. The Folly is in the form of a small, rectangular Gothic building, and served as a summerhouse for guests to sit and chat.

Beyond the Folly is a pet cemetery, a common feature of Victorian country houses, where family pets were buried beneath small gravestones. Both the Folly and the Pet Cemetery were restored in 2000.

In the summer months, you can extend your walk to take in the Butterfly Ride, managed to encourage butterflies and planted in a way that matches the development cycle of several popular species. Common species you will encounter on the Butterfly Ride are gatekeeper, peacock, speckled wood, and skipper butterflies.

That just gives the briefest summary of what to see on the Thornham Walks. Just outside the park is Thornham Magna church, where you can see memorials to Edmund and Barbara Bokenham, owners of Thornham Hall in the early 17th century.

Thornham Walks are open daily throughout the year. There is parking at Redhouse Farm, just outside Thornham Magna. The parking area is very well signposted from surrounding roads. There is a charge for parking, which goes towards maintaining the parkland. The Walks are very popular, but if you arrive early in the day you will avoid the crowds. I only saw a few walkers when I visited at around 10am on a June day, but when I had returned to the parking area after completing my circular walk the parking area was starting to fill up. 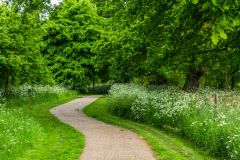 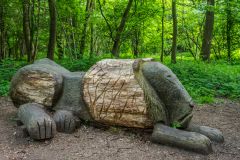 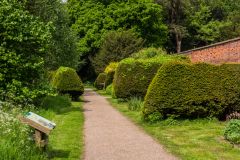 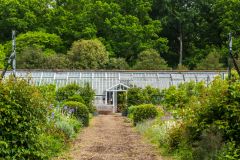 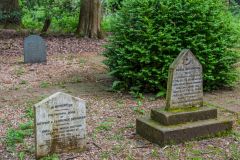 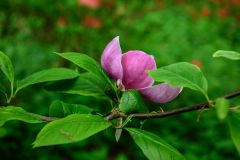 More self catering near Thornham Walks

Self Catering near Eye