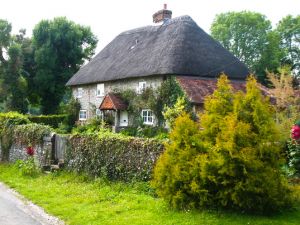 A village in the Chichester area of West Sussex. The Monarch's Way long-distance path runs through the village, and nearby is Stansted Park, a fabulous stately home dating to the 11th century.

Stansted house was later rebuilt in Jacobean style for Richard Lumley. Here you will see collections of fine art and tapestries, and an exhibition of life 'below stairs' depicting the life of servants in a grand house.

The village stands in the centre of the South Downs National Park, and there are excellent walking opportunities in all directions. One fairly new circular walk links 10 villages in the 'Octagon Parish', of which Walderton is a part. The Octagon Way uses existing bridleways and footpaths to create a circular route some 18 miles in length, and there are eight shorter walks of 2-4 miles.

We mentioned the Monarch's Way earlier. This long-distance footpath runs for 615 miles and follows in the footsteps of Charles II as he fled from his enemies following the Battle of Worcester in 1651.

Outside Walderton is Lordington Manor, an attractive brick and flint manor house built around 1500 and partially rebuilt in 1623. It was remodelled by Admiral of the Fleet Sir Geoffrey Hornby in the late 19th century and now operates as a bed and breakfast. The house stands beside a 17th-century walled garden and a former watermill.

Without a doubt the most popular stop for travellers through Walderton is the popular Barley Mow pub. The Barley Mow is a traditional country pub of red brick, with a skittles alley and a flower-bedecked exterior to welcome guests.

A fascinating historic house from Walderton was rescued from destruction and taken piece by piece to the Weald and Downland Open Air Museum, where it was reassembled. The house is externally a 17th-century flint and brick building, but beneath the 17th-century exterior lies a late medieval timber-framed house. 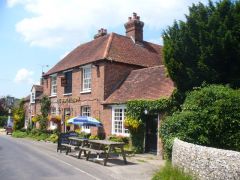 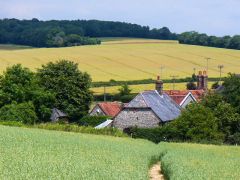 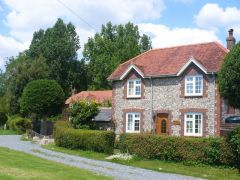 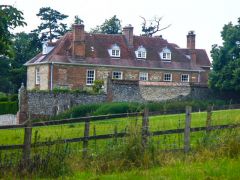 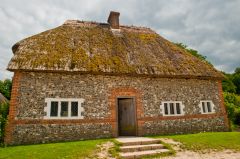 More self catering near Walderton >>

More bed and breakfasts near Walderton >>