Stanford in the Vale, Oxfordshire

HERITAGE HIGHLIGHTS:   The attractive 12th-century church of St Denys, which may have been the site of the wedding of Anne Clifford and Richard, Duke of Gloucester. 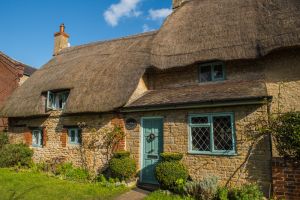 Stanford in the Vale

A large village in the Vale of White Horse, a few miles south-east of Faringdon. The name is thought to refer to an early stone ford across the River Ock (or perhaps across Frogmore Brook). There is evidence of a settlement here during the prehistoric period.

The Romans settled here as early as AD 43-45. Christianity came to the area around AD 635, under the influence of St. Birinus, Bishop of nearby Dorchester. The first known Christian church was built at Stanford in 939.

The first reference for a village here comes in AD 931, when it was called Sanfordinga. By the time of the Domesday Book in 1086, the name 'Stanford' had become established, but it was not until 1496 that the suffix 'in the Vale' was added.

In 1230 a market charter was granted by Henry III, as well as the right to hold an annual fair. The manor was held by a succession of some of the most powerful noble families in England, passing from the de Clares to the Despencers, Beauchamps and Nevilles.

One unsubstantiated legend holds that Anne Clifford married Richard, Duke of Gloucester (later Richard III) at St Denys church in Stanford. The south porch, which bears the arms of York and Warwick, may possibly have been built for the wedding. The bulk of the church dates to the 12th century, with the later addition of a 13th-century tower and 14th-century north aisle.

The prosperity of Stanford in the Vale declined after the medieval period as the nearby centres of Faringdon and Wantage grew. In some ways, this has proved a beneficial thing for Stanford, as it has retained some of its village charm, with a great number of attractive period houses clustered about the long green. 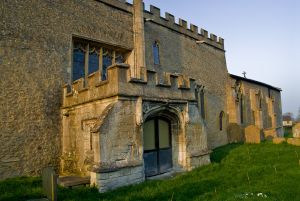 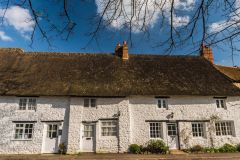 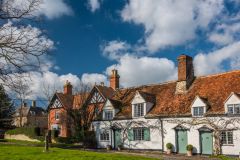 Nearest Accommodation to Stanford in the Vale:

More self catering near Stanford in the Vale >>

More Hotels near Stanford in the Vale >>

More bed and breakfasts near Stanford in the Vale >>