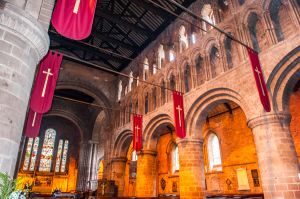 One of the finest pre-Conquest churches in England, and the most impressive Norman church in Cheshire, St John the Baptist was founded in AD 689 by AEthelred, King of Mercia, as a Saxon Minster church. AEthelred probably reused the site of a much earlier Romano-Christian shrine or church building.

AEthelred's 7th-century church was expanded in AD 907 by Ethelfleda, daughter of Alfred the Great.  In 973 AEdgar the Peaceful, king of all England from 959, received the submission of his sub-kings at St John’s, following his coronation at Bath. On that occasion, the vassal kings reputedly rowed AEdgar across the River Dee to the church.

In 1075 St John’s was raised to the status of a cathedral for the region of West Mercia. The bishopric was officially maintained at St John’s until 1102. Despite this rise in status, most subsequent bishops resided at Coventry and Lichfield, but the church remained a cathedral in name until the Reformation.

St John’s became the Collegiate Church of Chester in the 13th century, maintained by a college of secular canons. When the See of Chester was established in 1541 by Henry VIII, the first bishop established his seat at St John’s before moving it to the Abbey Church of St Werburgh, now Chester Cathedral. Also at the Reformation, the east end of the church was destroyed, and much remains unrestored.

At the south-east is the Chapter House, which dates to about 1300. The interior of the church is largely Norman in style and can be dated stylistically to the early 12th century. It is one of the best examples in Britain of the transition from the Romanesque to Gothic styles of architecture. There is a four-bay nave, crossing and chancel, all Norman work, and a Norman gallery in the chancel.

There are three medieval effigies in the north aisle, including a late 13th-century knight in armour, a member of the Carrington family. Nearby is the tomb of Agnes de Ridley (d. 1347). On the crossing pier are remnants of a 14th-century wall painting depicting St John the Baptist.

In the Lady Chapel is a notable late 17th-century memorial to Diana Warburton (d. 1693). A later Warburton, Cecil, is remembered with a less grandiose memorial in the south transept.

The organ is worthy of note; it came from Westminster Abbey, where it was used for the coronation of Queen Victoria in 1838. It was specially made for the occasion but later rebuilt for a move to St John's. There are a pair of fonts in the church, one 17th century, and a much earlier 15th-century one.

The church stands on a cliff outside the old city walls of Chester, overlooking the River Dee. 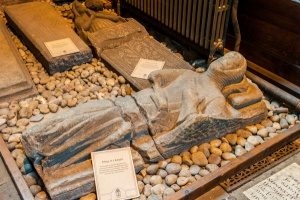 Late 13th-century effigy of a knight 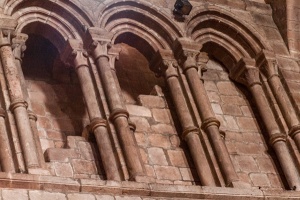 Triforium arcading in the nave 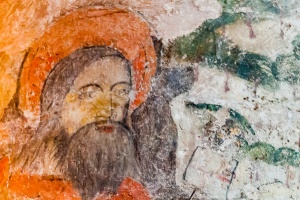 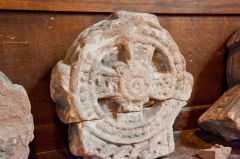 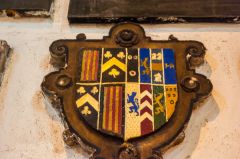 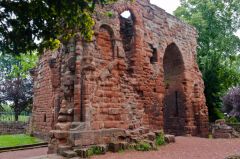 More self catering near Chester, St John the Baptist Church >> 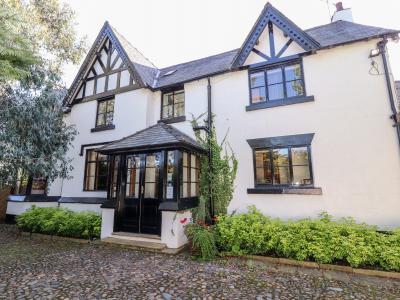 This detached country home is in the village of Mickle Trafford, three miles from Chester, can sleep twelve people in six bedrooms.
Sleeps 10 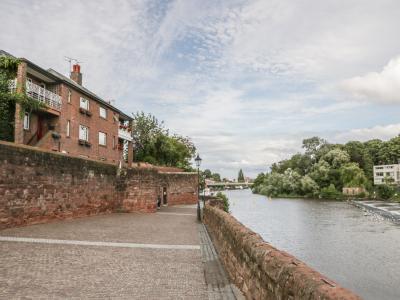 This second floor apartment is located in the heart of Chester in the North West of England and can sleep six people in three bedrooms.
Sleeps 6