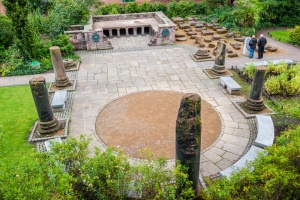 The "Roman Garden" moniker is something of a misnomer. Certainly, there is no indication that a garden existed on this site near Newgate during Roman times. The garden space was, in fact, assembled in 1949 from bits and pieces of Roman artefacts found throughout Chester. The project was initiated as Chester's contribution to the 1951 Festival of Britain.

The gardens contain Roman columns and a "hypocaust" or underfloor heating system. Today it is less a Roman archaeology attraction than a quiet green space in the city centre. It makes a nice stopping off place if you are walking the old city walls of Chester.

The gardens were remodelled in 2000 to provide access to the River Dee. Interpretive panels tell the story of Roman Chester and the garden site.

The last time we visited a 'soldier' clad in the costume of a Roman legionary was entertaining the crowds with stories of Roman life in Chester. This was a big hit with younger visitors, who were offered the chance to try on a Roman soldier's helmet and carry a play sword or spear. 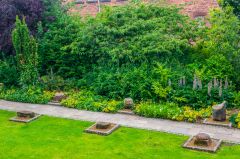 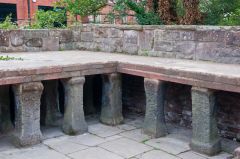 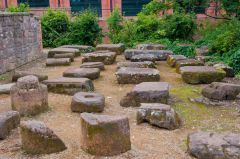 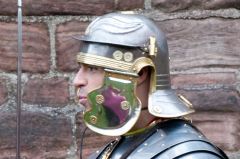 More self catering near Roman Garden